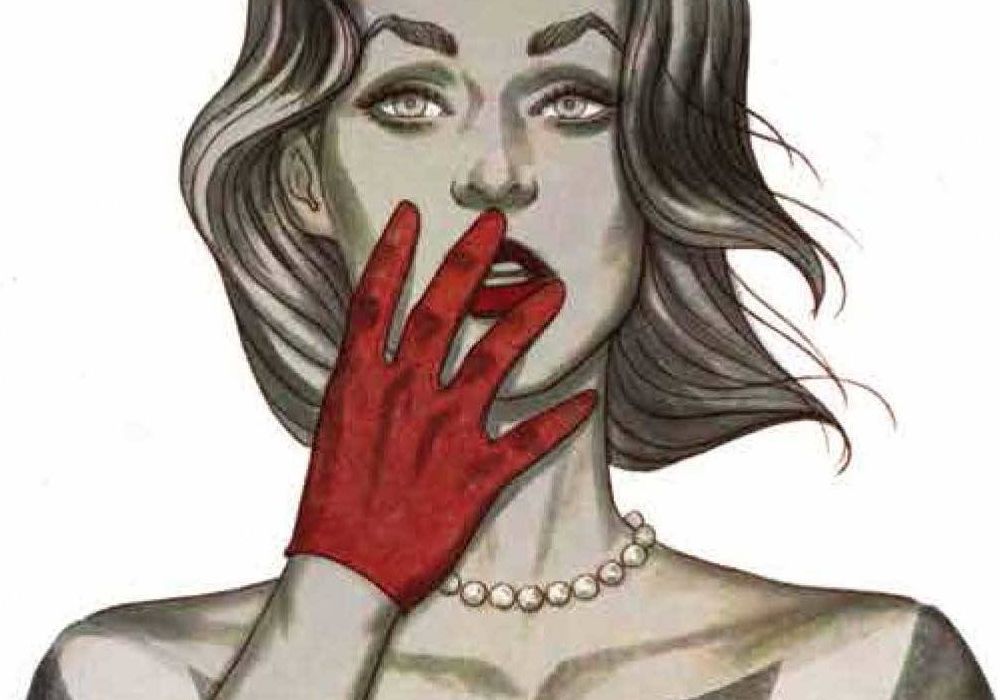 Joey Dorsey is meeting her boyfriend’s family this weekend. It’s going to be a stressful time for a few reasons she’s expecting, and a few she isn’t. 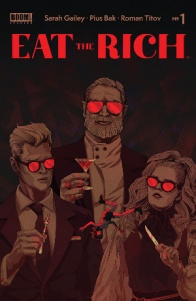 Most of us have faced the pressure of meeting a significant other’s family, and many of us have found ourselves in a scenario in which we have felt unwelcome, whether that be due to social status or simply leaving our comfort zone. It’s never a fun feeling, especially when it feels like you are set up for failure before everyone else has even laid eyes on you. This is the situation that Joey Dorsey finds herself in on this particular weekend. She’s going to meet her boyfriend Astor’s family at their beach house. Having agreed to this gathering, and a summer surrounded by the ultra rich, she is filled with mild regret and a great deal of uncertainty and anxiety, and Astor isn’t helping as his own issues start coming to a head on the trip down.

Freshly sober, Astor is having his own set of panic attacks at the thought of having to interact with his family for the first time without alcohol since the problematic age of twelve. Finding herself to be the one doling out comfort rather than asking for it herself, Joey attempts to prepare both of them for what will surely be at least a few awkward conversations. She knows that if she is going to survive as both Astor’s girlfriend, and someone looking to break into a high society profession, this is only the beginning and she will need to make the best of it, and learn a lot about making her way through these circles. Going into this first issue the set up and overall execution is not what most readers may be expecting from a horror comic, but the amount of uncomfortable dialogue in nearly every panel, and anxiety dripping off every page will have your own self doubt and deep rooted issues and panic bubbling to the surface. Most of what occurs in this premiere may not be considered horror to some readers, but those people are wrong. By the end of those looking for more traditional horror elements should be pleasantly appeased.

Sarah Gailey (“Steven Universe: Fusion Frenzy”) perfectly portrays Joey as the fish out of water that she is. Joey, Astor, his parents, close friends, and most of the characters we meet are little more than caricatures at this point. They are the archetypes of every character we have ever read about in a book, or seen in a film covering a similar set up. As we are just meeting them, and right in the midst of this new change in their lives it is not a problem that we only understand the most basic pieces of their personalities. We understand who these people are on a surface level for sure, and it is really easy to dislike most of the people that come from Astor’s home life. As she is our protagonist and we get a glimpse at her inner workings, Joey is the most fleshed out so far, but we get a grander introduction to a member of the family’s staff than any of them. Petal, the nanny to Astor’s young sibling, is given a few moments with Joey that range from nice, comfortable, and right back to unpleasant.

While Gailey focuses heavily on Joey and those directly surrounding her there is a purposeful yet subtle focus on ‘the help’ throughout the issue. While Astor’s family claims to take wonderful care and have a familial connection with those who work for them. Petal makes the case that this may hardly be true. As other staff members wordlessly make their way through the issue it is clear that they aren’t happy, and not just in the “I’m stuck at work on a Friday night” sort of way. And it really isn’t just the staff that is unhappy. Not one character in this story looks to be happy or in a truly pleasant mood. It’s all a mask. The themes that Gailey is working within aren’t new, but the way she plots out this story is incredibly relatable and executed with a truth to every moment. I found myself sinking into the dialogue and my own anxieties as I made my way through every page. For an issue that is begins in media res and both covers quite a lot without delving too deep Gailey’s script has a way to dig under your skin and pull you down in the murky mess of a fearful mind.

“Eat The Rich” has a beautiful timeless feel to it. While seemingly set in present day, there are little hints to technology, fashion, or even discussions that could pinpoint it within a specific time. Pius Bak’s (“Slightly Exaggerated) illustrations are a gorgeous, and deceivingly complex style. Initially looking simple and almost flat, aside from the real attention to certain details, there is a magnificent blending of styles and sensibilities filling out the entire issue. The characters designs are sharp, angular, and perfectly gorgeous like Roy Lichtenstein filtered through 80s California New Wave. Although within this very purposeful style choice, the art still comes off as nothing less than organic, even if it is just as exact and meticulously executed as the writing. The color work is equally deceiving. It feels so simple, and while it is a minimalist approach, as most colors are flat, bumping up against each other with rigid border lines, the use of a variety of colors, ranging through a wide array of various palette choices, Roman Titov (“Angel”), brings this perfect art execution to a complete close. His work adds to the modern pop art style that is called back to, deconstructed, and expanded into a much more complex piece of work than expected. The lettering work done by Cardinal Rae (“Fearless”), should also be noted. Moving between spoken dialogue and inner thoughts should be an easy task, or at least look like one. Rae does this and makes the design changes subtle and seemingly effortless. One of the worst sins in a comic can be illegible or hard to follow text bubbles/boxes. Her work at bringing Gailey’s script to life is one of the reasons this book succeeds at whole – in both its design and ability to keep readers it its clutches.

“Eat The Rich” is starting off as yet another strong horror comic premiering in 2021. “I wonder what it is about the last few years that has garnered great talent to craft such unsettling and horrifying works,” he said sardonically. This premiere perfectly presents us with a very real and mostly relatable scenario of uncomfortable moments leading to a truly scary and shocking final reveal. Anyone picking this book up should be drawn in immediately and dying to read the next issue.

Final Verdict: 9.0, A upsetting look at social anxieties, and true terror, all wrapped into a sharply written narrative.