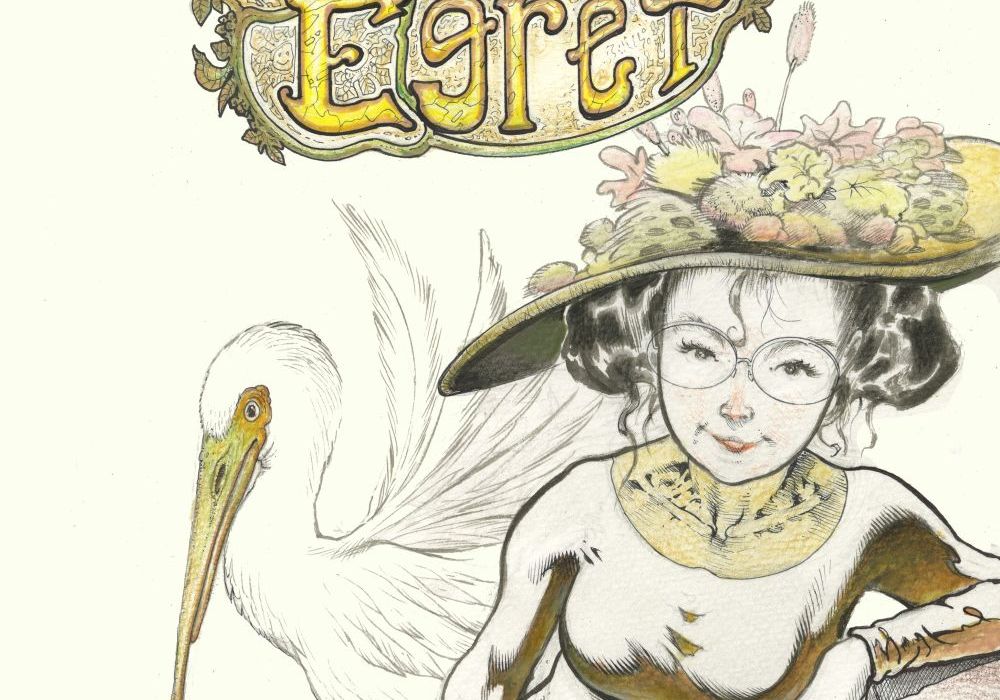 When a creator has a substantial body of work, readers tend to presume that everything new they do has to fit conveniently into that. When John Layman (“Chew,” “Detective Comics”) and Sam Kieth (“The Maxx,” “Batman: Secrets”) were announcing a new book, I (foolishly) had visions of a dark, gritty – though quite funny – type of story. Instead, we got a book about an art thief and her talking bird companion, along with a Clouseau-esque police officer on their tail. “Eleanor and the Egret” is not at all what I expected, and it somehow exceeded all expectations. Keep reading for our spoiler-free review. 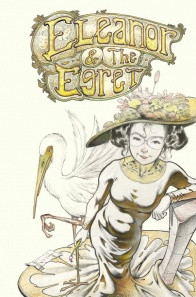 The most daring art thief in Paris has struck again, and the police have assigned their best detective to the case. His only clue? A single white feather left at the scene. Could this feather belong to the thief? To the thief’s accomplice, an oversized talking egret? Or will his investigation lead him to somewhere even stranger? (Answer: all of the above.)

Presenting a peculiar and unforgettable tale of birds and banditry, paintings and pets, larceny, love and… lamprey-wielding assassins? From the legendary creator of THE MAXX and co-creator of SANDMAN, Sam Kieth, and the considerably less-legendary creator of CHEW, John Layman!

There are few artists who engender the same type of excitement and intrigue when a new book comes out that Sam Kieth does. Part of that is his relatively small output, compared to some of the other artists of his generation. Kieth takes his time when choosing a project, and due to his diverse choices, you never know quite what you’ll get with his work. The last few years have seen Kieth ‘remastering’ “The Maxx,” so the appetite for new work is even more intense than usual.

And, of course, “Eleanor and the Egret” looks totally different than anything he’s done before, but perfectly fits into his body of work.

It is lazy to compare anything to “Sandman,” but when Kieth was working on that book, he was able to take a setting that sometimes resembled the real world and tweak it in playful or scary ways that heightened the scenes without losing their tether to ‘reality.’ Here, Kieth leans on those playful tendencies a bit, and lets loose in a really fun way. Sure, the story has a crime underpinning – it is about an art thief, after all – but there’s a carefree approach that lets the story breathe a bit.

The issue opens on a museum debuting a visiting piece of art, which is described as exciting, new, visionary, etc. This seems to be Layman instantly throwing down the gauntlet for Kieth. “Hey Sam, draw some shit no one has ever seen before, and make sure that it looks sufficiently awe-inspiring.” In fact, the book seems to be a series of similar challenges from Layman throughout, and Kieth excels at each one.

Kieth’s Anastasia Rue painting has a space-esque feel to it, almost looking like some artistic representations of the Big Bang – it has gradient colors, an explosion, and black loops spinning out from it. It’s not exactly the most mind blowing piece of art, but it seems like a piece that some people might feel that way about.

Ronda Pattison’s color work on this issue is really astounding – take the museum sequence, for instance. To allow the art to pop, everyone in the gallery is presented in more subtle colors; even balloons and mohawks seem faded when compared to the pop of color on the canvases. This also helps the painting seem more special and impactful; in fact, the issue seems to get slightly more bold and colorful in every subsequent page after the initial appearance of the Rue painting. It is almost like the first image was a sonic blast that knocked out everyone’s senses, and over time they come back, like that scene in every action movie where a blast knocks out the sound, and it slowly returns as the hero comes back to consciousness.

As the issue unfolds, the world comes alive in unexpected ways, and feels rich and complete in very few pages. We really only meet three people in the story who aren’t simply serving the plot – Eleanor, Detective Belanger, and the Chief – and all three have a pet at their side. Not only that, but the pets somewhat reflect their place in the hierarchy: a bird is pursued by a cat, who is outranked by a dog. In some ways, this world seems lovely; who wouldn’t like to take their pet with them wherever they went, and doesn’t a world that is more focused on the appreciation of art one you would like to live in?

The pacing of the book is really interesting as well. Layman doesn’t waste any time – by the end of the issue, all the principles have met, and the course for the series (or at least the first arc) is set. The issue doesn’t feel rushed, but rather unfolds at a very pleasant pace. Eleanor is a character shrouded in mystery, which the issue directly addresses through word and visual. Conversely, the Egret is treated in a hilariously straightforward way. We have far more questions about who Eleanor really is than why she has a talking Egret, seemingly with super strength.

Kieth’s art, coupled with Layman’s plot and Pattison’s colors, evokes this wonderfully rich, slightly out of time setting where fantastical things happen to fascinating characters. The questions asked by this issue will likely take time to play out, and that’s a great thing. This is a world that is exciting to inhabit for a while, 20 pages at a time.