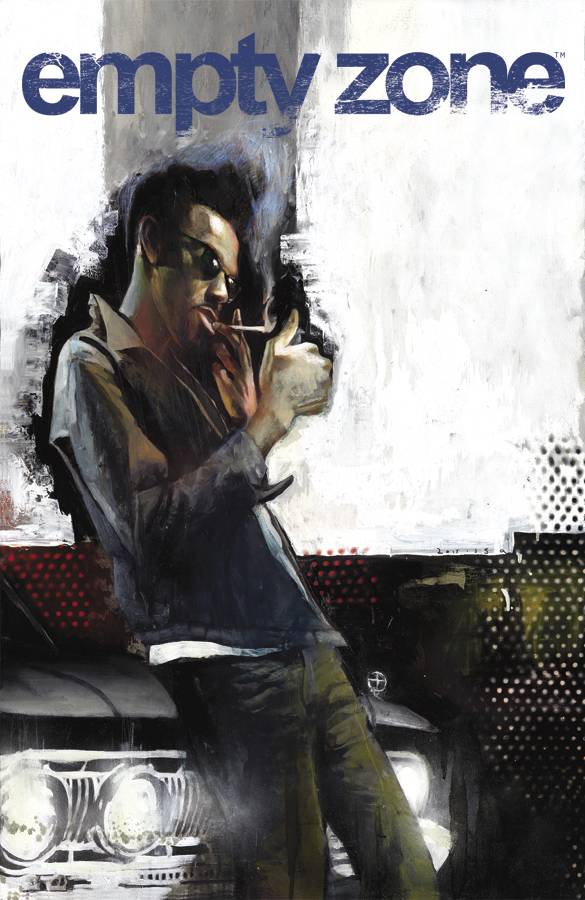 Are we alive or just dreaming? What happens when dreams and reality collide? 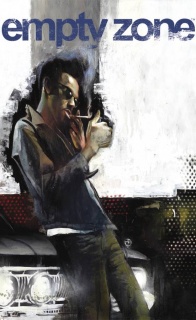 “CONVERSATIONS WITH THE DEAD”

After the ghosts of Corinne’s fallen teammates impart a mysterious gift to her, she’s attacked by a new breed of cybernetic zombie that will change her forever

Full disclosure, I really love science fiction. The possibilities are limitless and really the only thing that stops the genre for expanding is the writer’s imagination. Gone are the days of sci-fi being inaccessible to the masses because of high concept ideas. However, the measuring stick is at a very long length.

“Empty Zone” was a Kickstarter project that was full backed and launched by Image Comics. I personally was unaware this was a Kickstarter project before publication, as the book seems to fit perfectly into the niche Image Comics has carved out in the last 20 years. However, if you want to make a splash with an online campaign in a crowded marketplace, it better be good.

Jason Shawn Alexander has done that in spades with “Empty Zone.” From the onset Alexander wants to full grab your attention. The cover is fully painted it washes you with the perfect mix of the cold world the characters inhabit and wild world of science fiction. In a way though you have this Blade Runner “modern” Los Angeles feel right away. The first three pages of art set the stage…this is not your father’s sci-fi. In fact it could best be described as “post-modern” sci-fi. Alexander and colorist Luis Nct shape the two page spread (page 2 & 3 specifically) with wires, tunnels, lights and odd shaped objects. And yet here is “a near authentic 1962 Mercury Comet” right in the middle of this world. The addition of the Mercury Comet made me feel right at home in this book. The trap of telling future stories is the world has changed so much what would the reader be familiar with? Bringing in a classic car into hover cars and all this technology is a perfect way to introduce the fish out of water back into the ocean.

Why is this important? This narration from our hero Corrine gives you an idea of the world the characters live in. The sun had a massive storm knocking out all the lights on earth. Electromagnetic radiation from the solar flares disabled all the electronic equipment sending the world into a tailspin. A striking description for this “modern” Pittsburgh. Fitting when you think about it. With the nickname of the “Steel City” the location is a perfect fit for this cold world.

I can’t help but be reminded of the Aeon Flux animated series. Corrine, like Aeon, has been through the ringer. She is in a dystopian future with little explanation as to why she is in the condition she is in. While Aeon Flux was intentionally ambiguous, Alexander ends up making Corrine complex by not giving you any information.

This issue beings with Corrine delivering the goods from her last job when she spots something in the distance. After giving chase she discovers she is not chasing anything at all. An exercise in futility since she cannot truly tell if this is really happening or not. However, Corrine is quickly thrust back into a dream like state, once again deciding if this is real or another dream.

This is the central mystery of the book, is Corrine dreaming and what do these dreams mean? Alexander plays the false memory card a lot in this sequence. The reader doesn’t known much more than Corrine does, we are not sure what to make of all of these characters. They seem to know Corrine but does she know them; a central question I had throughout the book. Even at the moment Corrine is face to face with one of these things it is still very unclear what it is. Perhaps a little more explanation might have been good. This is made up for with an excellent action sequence to show off Corrine’s skills. Only once again to ask the question was any of this actual happening?

Alexander and Luis Nct keep that complex world motif throughout the book. No matter where Corrine goes, everything is dark and not defined clearly. Buildings are indistinct with little or no detail to them to differentiate it from anything else. Alexander’s scratchy style is not what you would expect from a true sci-fi book. The perception might be that technology and the way things are done have advanced light years ahead of 2015. Showing objects undefined and scrapped together gives this book its own unique presentation that sets it apart. As you go from panel to panel think of the art like a maze, which is exactly what Corrine is walking through to get answers. Credit to Alexander for having the art reflect the story in such a way for me to make that comparison.

These elements work in tandem with each other in spots and other spots it becomes a little jarring. The non-descript elements make it difficult to decipher exactly where Corrine is at any given moment. The dream like pages bleed into other locations which adds to the difficulty of figuring out what is going on. I will stop short of saying this should be simplified in a color by numbers way. On the contrary, the mystery in the book is deep but confusing panel and page transitions make it more complicated than it needs to be.

Sadly, this might turn people off from a really solid book. The idea of dreams in a dystopian reality isn’t a new sci-fi concept. But it is executed so very well it is easy to overlook a retread. Jason Shawn Alexander has crafted a vast view of the future with well-crafted mystery that will keep you questioning along with Corrine. I can see readers being frustrated with the pace of the story and amazed at the solid art work. As the main mystery beings to unfold further hopefully more answers are given to if this is all a dream or a terrifying reality.

Final Verdict: 7.0 – A post-modern sci-fi tale that is high on the science but light on the answers. It is a worthy, if slightly unsatisfying, book to take a chance on.