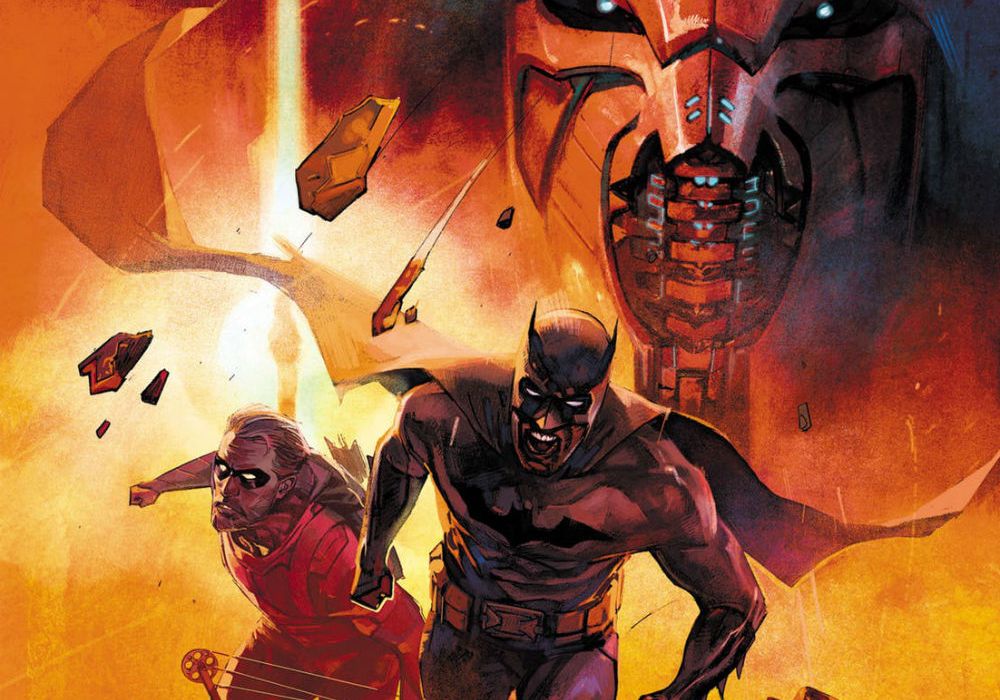 DC Comics next event is being published within a few weeks of the conclusion of “Heroes in Crisis” right before the end of “Doomsday Clock.” Amid the bustling, complicated Universe within DC, where does “Event Leviathan” fit? The Superman corner of the DC Universe has been building to the event for an extended period of time. Does the debut of “Event Leviathan” #1 finally show readers what the event is? Will writer Brian Michael Bendis be able to pace an event comic that introduces readers to the story while providing seasoned fans new information? What does Alex Maleev’s noir style add to the event? Find out in our review of the mysterious debut of “Event Leviathan” #1! 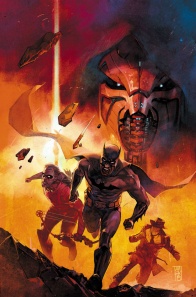 The groundbreaking and always-inventive team of writer Brian Michael Bendis and artist Alex Maleev (Jinxworld’s SCARLET, Marvel’s Daredevil) reunite on a mystery thriller that stretches across the DC Universe and touches every character from Batman to Superman to the Question to Talia al Ghul. With startling ease, a newly dangerous and aggressive Leviathan wipes out all its competition and now turns its sights to molding the world into its vision of order. Can the new threat’s growth be stopped…and who’s guiding its new agents of chaos?

Since Brian Michael Bendis took over the “Superman” titles in 2018, critics and fans alike have heralded the new direction Bendis approached the scripts with. Bendis had a reserved, leaner approach to the comics. The compressed narratives and scripts recapping information from earlier issues had dissipated from his work. Unfortunately, the more efficient reduction of words and scenes does not pertain to the interiors of “Event Leviathan” #1. In the marketing for the issue, Bendis and DC teased a mystery assembling an interesting roster of characters. Unfortunately, “Event Leviathan” #1 is devoted to recapping information readers are already familiar with instead of telling an interesting story.

For fans of “Action Comics,” “Event Leviathan” #1 will feel even more derivative than it would have otherwise. This issue also contains a significantly reduced portion of information than what readers were offered in “Superman: Leviathan Rising Special” #1. A lot of the script provides information from flashbacks which can deflate the tension of the incoming scene. The entire issue unfolds in a compressed manner in a limited selection of time. The final couple pages of the issue build toward an emotionally powerful climax. These pages are still seeded with little information about the overall plot. An obtuse story with layers can make for a really unique and ambitious comic book, but “Event Leviathan” #1 doesn’t feel quite as ambitious or bombastic as it should.

Alex Maleev’s artwork is dense and mysterious. Maleev is a strong fit for the vague script that needs tension from the artwork itself. Bendis adds a lot of captions to the issue which limits the amount of panel space Maleev has to work with. The amount of dialogue carries a direct influence on the end product and art. Maleev’s shadowy silhouettes and dark color palette are a strong direction for the art but they are obscured by the verbose level of dialogue. Maleev still brings in a couple of creative artistic choices including varying his own color palette.

Bendis and Maleev are a seasoned creative team responsible for some excellent “Daredevil” issues. I would have loved to see both of them push the envelope from what readers usually see during an event comic. We have seen writer and artist pairings that take big chances on Big Two books once each creator is comfortable. There are no jaw-dropping comic book surprises here. Maleev still depicts Leviathan himself with a shocking sense of gravitas at the cliffhanger that surprised me. I hope future issues are willing to dive deeper into the narrative and go further with the idea than ever before.

For readers looking for a more focused narrative angle from Brian Michael Bendis, “Event Leviathan” #1 will be disappointed. The script establishes the premise and inciting incident for the event and hints at what is to come for the franchise. This issue also could indicate that there may not be much plot left for the future of the series. I enjoy the vague, elusive nature of the script but Bendis still needs to be able to provide enough content to keep readers interested. After the previous special issue, I was definitely expecting more plot from the issue in the series debut.

After being behind so many events for major publishers, I’m incredibly disappointed to see Bendis script a substandard issue that doesn’t explore the premise of the series past the solicitation text. If DC decided that they needed to make the first issue of “Event Leviathan” accessible to more readers by introducing the premise again, they needed another twist or idea past what was introduced in the issue to keep readers interested. The compressed debut to the issue comes off as underwhelming in nearly every context that could possibly be analyzed under. The hard-boiled, noir tone and dialogue in the issue feel just right, but the script’s subpar pacing and verbose dialogue hold “Event Leviathan” back from reaching its true potential. If upcoming installments are able to disperse more information while keeping the mysterious tone, Bendis and Maleev could raise the quality in the very next issue of the series. “Event Leviathan” #1 does a good job sustaining the momentum until the cliffhanger pays off a small portion of what came before. I’m keeping my fingers crossed that Bendis will start to share more about the “Event Leviathan” plot in upcoming issues.