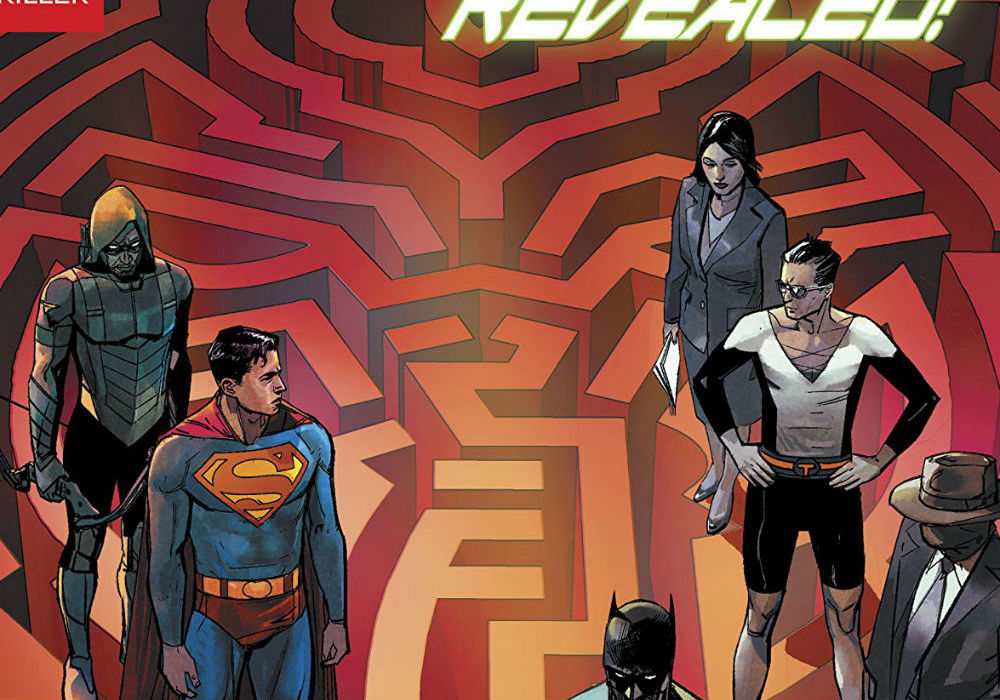 “Event Leviathan” is a stronger conclusion as a single issue than the overall mystery that has been laid out previously. Atmospheric, consequential, and beautifully illustrated and designed, the final issue of the event is a worthy read, despite some of the burden it carries from first chapters. 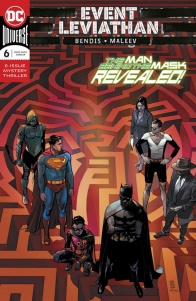 From the Eisner Award-winning team of superstar writer Brian Michael Bendis and groundbreaking artist Alex Maleev, the shocking conclusion to the biggest DC mystery of the year! Who is Leviathan? What do they want? How have they dismantled the most powerful secret agencies in the world? And what’s their next deadly move? The greatest detectives of the DC Universe descend on Leviathan, and all the answers are revealed! Don’t miss the shocking conclusion of this storyline!

Mystery narratives are a hard act to perform in comic book form. Even forgetting the current scenario of spoilers, media reveals, and leaks, the narrative itself, the way it is constructed in serialised form, is a challenge to even the best creative teams. Linger for too long on certain characters and situations and readers will lose interest, get too fast-paced and the audience feels lost. The best ‘whodunnits’ offer the chance for the expectator to figure the plot of their own, putting together the clues that are gradually introduced. That way, just before the big reveal, that sense of fulfilment is all the greatest. So did “Event Leviathan” succeed on that regard? Unfortunately, yes and no. That said, spoiler ahead, as discussing this book without its ultimate outcome would be something of a disservice. This review won’t spell it out, but will lean into it.

Bendis had a mission in front of him while designing this event. To simplify and streamline the multitude o secret agencies, black op groups, and intelligence cells present in the DC universe. On that sense, “Event Leviathan” succeeded admirably. Within the course of six issues, nearly every major organisation of this sort has been deconstructed, transformed, or merged into something new. The way that issue six ends is truly indicative of what will come next, and this more organised, reshuffled “brain trust” of the DCU shows a lot of promise.

However, on the mystery angle of it, “Event Leviathan” will come short on that reveal fulfilment for nearly everyone, except those incredible verse on DC history and characters that haven’t been on the spotlight for a long time. That is not a disservice on its own, but the manner that the series was built has emptied this issue of a big impact. Issue five had nearly but spelled out where the story would go, and the remaining “behind the curtain” reserved for the final chapter may leave a lot of reader asking “who?”

Certainly not all is lost on the script. To be honest, it is less about the script itself, but the structure of the entire story. From a dialogue perspective, Bendis delivers some of his best DC work yet. All main players sound absolutely spot-on, their interactions a high point of this issue and the entire “Event Leviathan” story. The way that the story unravels on two time periods, converging towards the end, is also very compelling, making the reveal itself a conundrum to be solved and organised.

What may be the price of admission alone is Maleev’s art. His sense of composition is always very strong, but on “Event Leviathan” #6 this is at full power display. The pages where the actual reveal occurs, with crackling energy and a physics defying environment will stop readers dead on their tracks as they take it all in. His balance of quieter moments, even on less exciting situations and talking heads is equally strong. These characters feel like they are inhabiting an actual space and moving around it, the sense of movement and continuity remaining always intact.

Also on colors, Maleev ensures that the artistic consistency is maintained on every page. Again, especially on the opening revealing pages, the sense of the fantastic is enhanced by a pallet of grays and purples, all mashing together.

All in all, “Event Leviathan” #6 cannot be judged on its merits alone, as it serves a very specific purpose on a longer story focused on a mystery reveal. While on these terms if fails to be truly exciting and surprising (given past issues and the series overall structure and guilty characters), it fares much better when realising its potential to set a new status quo, and to present interesting situations for well-known characters. Should go without saying that Maleev’s art makes it all the more worthwhile.

Final Verdict: 7.0 – Despite a reveal that crumbles unto its own weight and longer narrative structure, it is within the quieter moments and the original plan to reshape DC’s seedy intelligence underbelly, that “Event Leviathan” #6 shines the brightest.