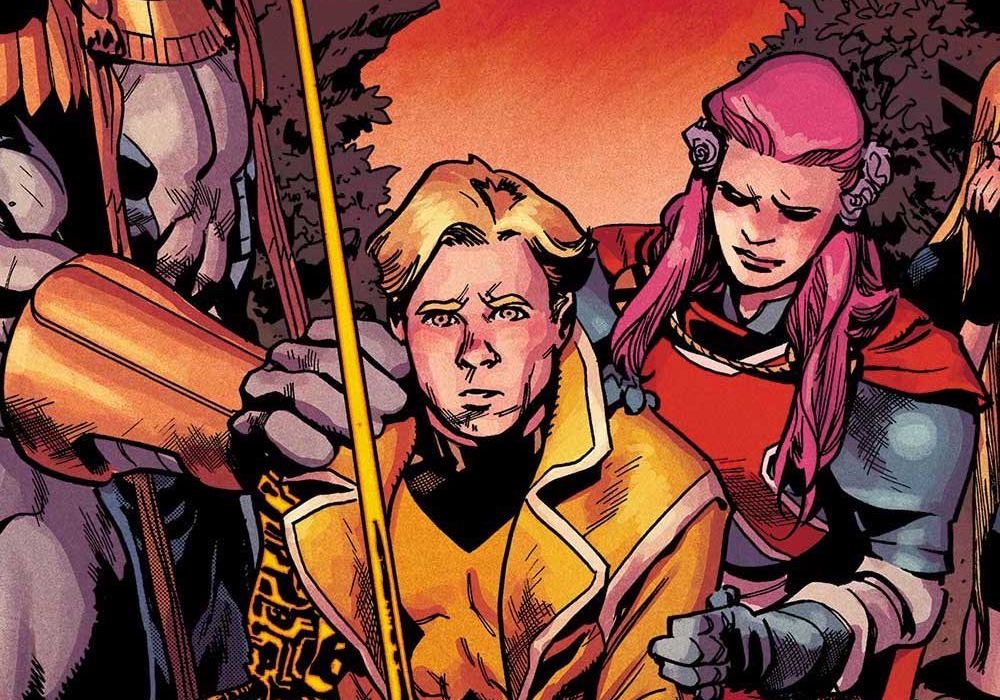 Due to the incredible quality of “House of X” and “Powers of X” readers were X-Cited about the prospect of a Jonathan Hickman-era X-Men event comic. Enter “X of Swords.” The fabled X-Men event featuring a grand tournament with the Swordbearers of Arakko is here and it appears to be… underwhelming? Readers spent chapter after chapter waiting for the X-Men to take on the Swordbearers. We didn’t get the official fight until part 15 of the crossover in “Excalibur” #14. For the longest time, Marvel has been battling complaints about the decompressed plotting in comic books and I’m sad to find Jonathan Hickman and Tini Howard trip under this familiar Marvel pitfall. I’m not sure if the back half of ‘X of Swords’ can be good enough to redeem a slow start to the action but I definitely want to walk through “Excalibur” #14 with you and see what happens. 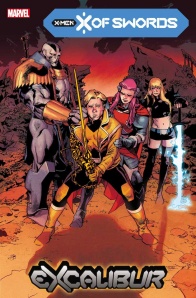 Writer Tini Howard is juggling a lot of plates in “Excalibur” #14. This entry needs to keep the momentum of both “Excalibur” #14 and ‘X of Swords’ going. Howard’s script keeps the tone of “Excalibur” making sure to add an emphasis on Betsy Braddock, Jubilee and Shogo. There are a few cast members missing in action from the core team with the added benefit of major “X of Swords” players like Cypher joining in on the fun. It is so refreshing to see the title immediately kick into gear on this issue. Howard immediately awards the script with a sense of urgency and call to action. Unfortunately, just as the action picks up Howard takes a wild left turn and shifts gears. Giving the reader a huge plot twist during an important moment is a bold move but it may not have been the best way to reward patient readers.

Those seeking a bombastic release of clashing swords are still going have to wait for future chapters of “X of Swords.” While this script deserves a hefty amount of criticism for taking so long to pay off the plot, I’m still not entirely dissatisfied with what Howard accomplished in the issue. Howard’s cold open tease political tension between Arakko and Krakoa, leveling off another substantial twist. I loved how the issue kept me on my feet and I truly didn’t know what to expect on any given page in the story. While this crossover has been light on the action this far, it has kept me guessing at every page. Howard’s dialogue is solid, relationships between characters like Cypher allow for intriguing new developments.

I would argue that the best part of “Excalibur” #14 is Phil Noto’s interior art. Noto frames the opening sequence in particular in a visceral manner that really serves to engage readers into the story. Noto toys with the contrasting visual elements between these two duelists when Betsy crosses swords with Isca. Pages that feature a lot of dialogue are framed in ways to keep readers interested in following the flow of the action. Noto’s colors are incredibly stunning and change wildly from the opening of the title to the last dozen pages. “Excalibur” #14 ends up being a heartwarming issue and Noto is able to capture the tone from the romantic scenes of the issue as well as the sword fighting conflict earlier in the story.

Ultimately, some of the enjoyment from this issue will be affected by how much it alters continuity going forward. I hope Howard will ensure that these characters and relationships will continue to develop thoughtfully in subsequent chapters. I also can’t help but wish the pacing of this script was structured differently. The issue suffers from being anti-climactic despite having really good content and beautiful artwork. Readers have been waiting a long time to see Apocalypse’s plans really start to come to fruition and the way Howard inches closer at such a slow pace is starting to feel exhausting. Jonathan Hickman’s previous stories have had beginning chapters that barely reveal the full scope of his stories leading me to think that not all of Lady Saturnyne’s cards are on the table yet.

Overall, I can see the appeal of “Excalibur” #14 and think really patient readers will find a lot to like here. Most interior pages in the issue look stunning. After considering a more holistic view of “X of Swords” and “Excalibur,” I find myself wanting more with this series and crossover. There’s a good chance that big things are still on the way for this story but Marvel’s editorial team, Hickman and Howard have made readers suffer through too many aimless chapters before delving directly into the conflict. X-Men books are really good at finding small character moments between cast members and if you are invested in characters like Cypher or Betsy Braddock there’s no reason to miss out on this chapter.