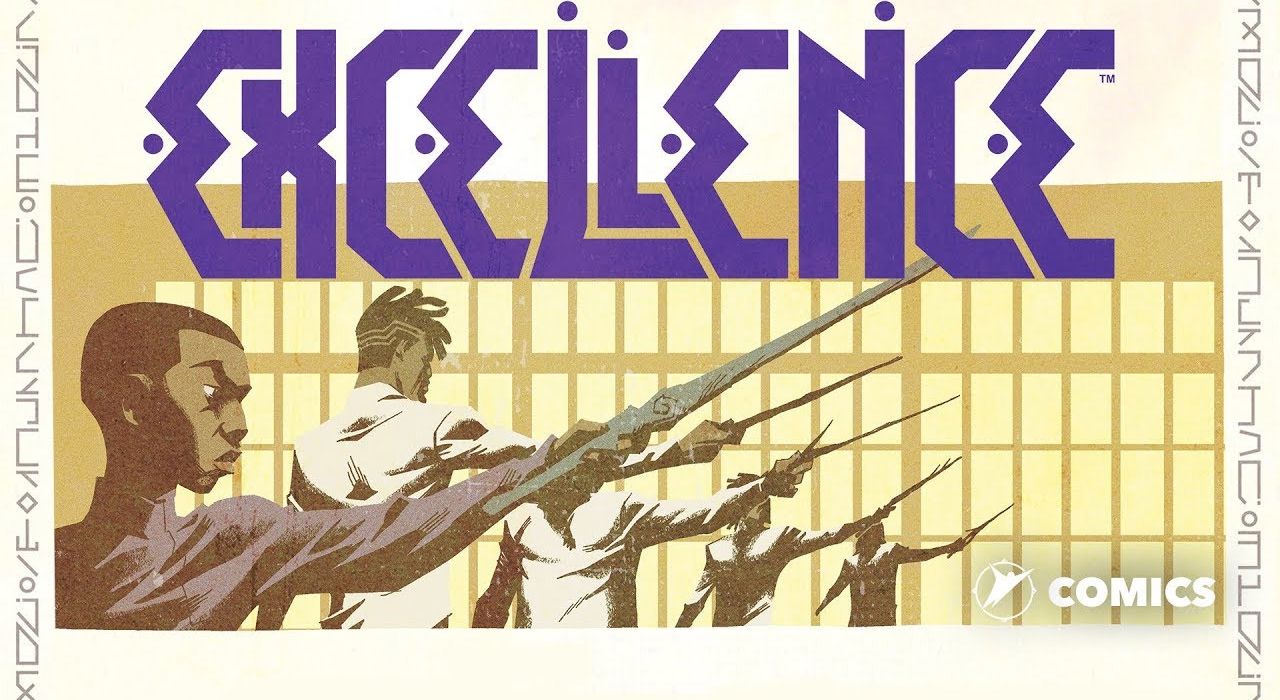 In the age of Image Comics and Skybound releasing hit after hit, it feels like every potential comic idea has been mined for all it’s worth. Enter “Excellence”, a comic about black magicians who guide the world’s events from large to small scale, and who like to regularly cheat the system, too. Does Image have another win on their hands with the debut from Brandon Thomas, Khary Randolph, Emilio Lopez, Deron Bennett and more? 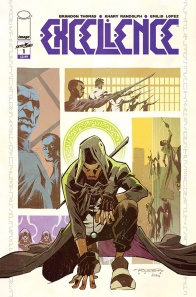 Spencer Dales was born into a world of magic. His father belongs to the Aegis, a secret society of black magicians ordered by their unseen masters to better the lives of others—those with greater potential—but never themselves. Now it’s time for Spencer to follow in his father’s footsteps, but all he sees is a broken system in need of someone with the wand and the will to change it. But in this fight for a better future, who will stand beside him? KHARY RANDOLPH (We Are Robin, Noble, Black, TECH JACKET) and BRANDON THOMAS (HORIZON, The Many Adventures of Miranda Mercury, Noble, Voltron) ignite a generational war in this action-fantasy series, made entirely by creators of color, and committed to one truth above all others—Excellence is Real.

Thomas starts off the issue with a Jonathan Hickman-esque infographic, giving readers a brief look at the key elements of what makes this universe tick, but also what key points to look out for in the upcoming story. With this, Thomas has a fantastic way of developing world building alongside character development. Throughout the first half of the story, Thomas makes sure you understand our protagonist Spencer’s motivations. He is constantly told by the system, and by his father that he isn’t good enough for the magician’s system, and we get a constant sense through the narration that he’s a disappointment, making us as readers want to root for him even more. In his first full appearance, we see this buildup of disappointment result in a Spencer that feels a little too edgy and overwritten in dialogue at times, but one that we feel familiar with.

Once Thomas has ensured this familiarity, he uses Spencer cleverly as our focal point to understand the rules of this world. When Spencer enters the Aegis’ exam, we find out that his failure could result in the ending of one of the great magician families, giving us a sense of status for where Spencer comes from and what his stakes are. We also told through the test’s initial incantation, that black magicians have shaped the modern world with ‘unseen hands’, giving us context for what exactly black magicians do and how they fit within the story’s ‘modern world’. It’s clever storytelling done through character development rather than info-dumping, and Thomas handles it well.

In between these great swathes of world-building, Thomas delivers on the emotional front, too. The relationship between Spencer and his grandmother, GG, is one of the most endearing and compelling parts of this debut. Thomas scripts her, similarly to Spencer, with a touch too much edge as her vocabulary is packed with swearing that feels a little on the nose. However, the chemistry between the two characters because of this is palpable. GG feels like the anarchic, rebellious mentor telling Spencer to fight the powers that be, but still looks out for his safety in an appropriately grandmotherly way. When she threatens to mess up the line on his buzzcut before Spencer goes into his exam, it’s both funny and touching that the two have such an open familial relationship. I won’t spoil anything, but this subtle relationship build up makes the ending of the issue feel appropriately powerful.

Khary Randolph has a vibrant, exciting energy to his art in this debut, and it feels super appropriate for a coming of age wizard story. The structure of the opening gives a lot of opportunities for Randolph to work creatively, as it ages our protagonist at almost a year per panel. This is where Randolph excels, in what he leaves out between the panels. We get a great one-page scene before Spencer is seven, showing his father’s anxiety about his son’s abilities not yet manifesting, which utilizes silhouettes fantastically in the first panel. From there on, however, the following page excels in showing us these unseen details. The transitions from ages seven to nine have Spencer in the same position, with more tears steadily streaming down his face each year, whilst his father engages in more exciting training with another student. This page more than anything gives you enough information on these characters and their relationships more than a lot of the narration or dialogue in the issue.

Randolph’s design work is pretty solid for the most part here. I do have to call out the ridiculously dated trope of garbing magicians and wizards in hoodies and/or cloaks, as Spencer already looks perfect in his slick, stark white collared shirt and black pants combination. Other than this, everything is a seamless combination of mysticism and modernist approaches. The Aegis building is a simplistic column that towers over New York City but stands out with its diagonal edges and sheer windowed surfaces. Randolph’s action sequences also have a great fluidity pace to them, which work well with the supernatural nature of combat in this universe. Randolph draws Spencer tumbling out of car doors, sprinting up the sides of buildings and posing in solemn wizard stances with seemingly minimal effort and gives an effortless feel to the action and combat.

Emilio Lopez handles coloring, balancing the sinister darks of the supernatural content with the bright lights of modern day New York City. Some scenes are moodier and subtle, like Spencer’s parents arguing over his latent abilities, where Lopez uses a restricted blue and orange palette to great effect. Others take the opposite approach and go wild with vibrancy, like the first manifestation of Spencer’s explosive abilities and his resolve to tell his father that he’s ready, looking heady with neon blues, greens, and pinkish reds. Letterist Deron Bennett does some great work with the action in this debut, too. When Spencer summons reflective clones of himself, Bennett cleverly mirrors the speech bubbles with a little transparency across each clone, giving us a fantastic display of a supernatural power that might not have landed so well without this extra touch.

Despite some overwritten dialogue and leaning into stereotypes at times, “Excellence” #1 strives in embodying the nature of its title throughout the entire creative team. Thomas handles world-building and character work deftly, and Randolph delivers some great sequential emotional beats and fast-paced, manga-esque action. With help from Lopez and Bennett cementing the comic’s vibrancy and supernatural elements, this proves to be another quality debut from Image Comics.

Final Score: 7.9 – “Excellence” #1 is a great showcase in combining character and world development, with frenetic, fun art that tells a story all on it’s own.