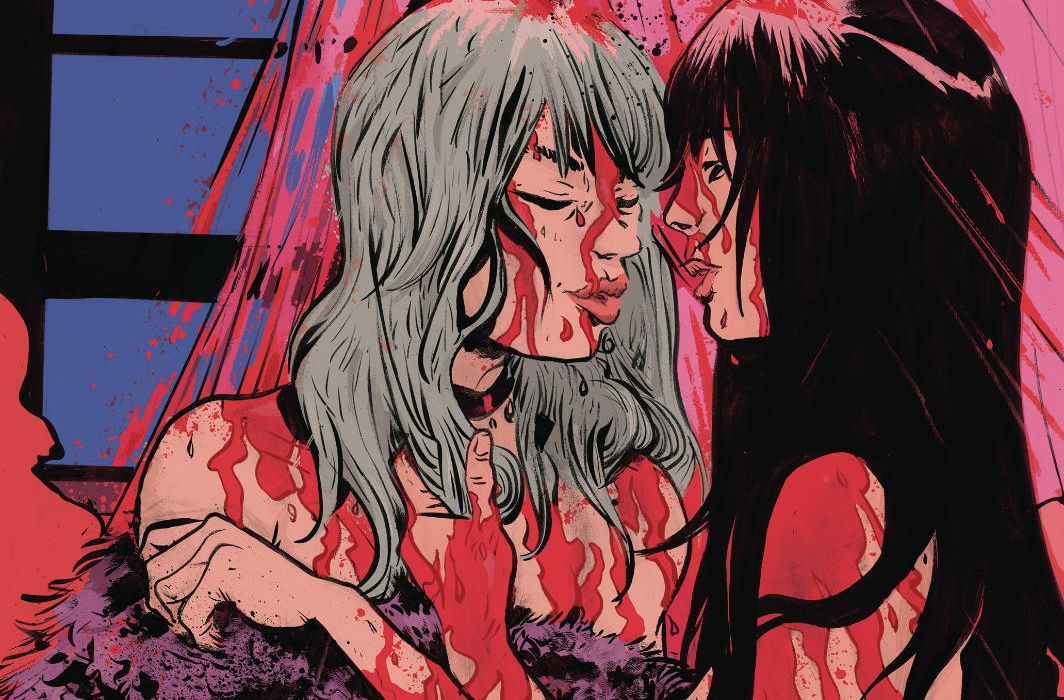 Love, sex, magic. No longer content with being a bad Justin Timberlake song, Brian Azzarello puts these elements to much better use in this fascinating debut. 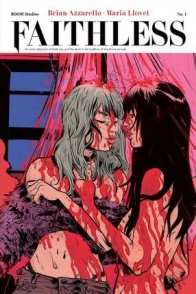 Faith. Sex. The Devil. Faith likes to dabble with magic. Her friends think it’s cute – and not just a little off-putting, but it’s part of her charm and her warped search for purpose in a world that makes too much sense. But she’s a true believer and knows there is a power within her reach. She’s right, of course. It just took a while for that magic, that temptation, that unknowable thing to find her… In short – Faith is bored as hell. And Hell has noticed. New York Times bestselling writer Brian Azzarello (100 Bullets, Batman: Damned) and artist Maria Llovet (Loud) with Eisner Award-winning artist Paul Pope on covers coalesce in a story of self-exploration, eroticism, and maybe even love.

Superstar writer Brian Azzarello kicks off a bold new story here about a twenty-something hipster called Faith searching for meaning through the medium of magical spells, designing them in her notepad much to the chagrin of a skeptical friendship group. After a chance encounter with kindred spirit Poppy, the pair spend an unforgettable day together and romance ensues. Of course, as the somewhat ominous solicitation would suggest, this story also has a supernatural subplot running through which takes a backseat for this opening chapter, used sparingly but to great effect.

A major obstacle when penning a story about young, arty, and privileged hipsters is how to avoid making them completely insufferable. One option is to take the route of TBS’s excellent Search Party which pokes fun at the absurd narcissism of the millennial generation. There are shades of that in a supporting character called Aya, who takes apparent enthusiasm in the commodification of the dating process, using apps to meet and “ghost” a stream of guys in rapid succession. However, for the eponymous Faith, Azzarello opts for the more challenging alternative of injecting some genuine pathos and mostly succeeds.

As a first impression, we see Faith as a woman who wants proof of something more beyond this mortal coil. The opening two pages convey this general feeling of emptiness, providing appropriate motivation for her unusual hobby of magic illustration. Love interest Poppy is a little harder to get a read on. Her beliefs seem to veer more on the side of nihilism, showing less regard for the world around her and indeed its inhabitants. However, when placed in scenes with Faith, she acts as an effective foil and the dynamic they have is quite charming. This is thanks in large part to Azzarello’s strong scripting. While there are a couple of awkward lines here and there, generally his words are remarkably authentic and allow this fledgling relationship to make a powerful debut.

Bringing life to these pages are the skilled illustrations of Maria Llovet. Those familiar with her work will be aware she is no stranger to the genre of erotica, and as such she’s able to imbue the love scenes with an artful sensitivity that prevents them feeling cold or cynical. Outside of those moments, “Faithless” maintains a very distinct style. Panels are drawn in slightly wavy lines with characters and colors often poking just outside of the frame. When combined with the handwritten lettering style of AndWorld Design, these decisions effectively give the book a style that feels as raw as the sketchy hexes of its lead character. The terrifically varied color palette adds to an otherworldly feel, with backgrounds subtly changing shades from panel-to-panel, encompassing a spectrum that contains everything from deep purples to pale greens and vivid oranges.

If there’s one area where “Faithless” falls down, it would be the plotting which at this point remains slightly directionless. The strong focus on introducing this charismatic band of characters is quite understandable, but it does mean that a couple of story beats around halfway through end up appearing very random and slightly jarring. Given his body of work, there’s more than enough reason to trust Azzarello will shed light on some of these stranger moments in later installments, but as a self-contained read, they do put a couple of dents in its otherwise sturdy frame.

“Faithless” #1 is a promising start to this series. Artist Maria Llovet gifts the book with a striking visual style throughout, while also bringing tasteful sophistication in its more intimate moments. Azzarello’s script establishes characters who are both memorable and contemporary, not to mention a romance built on a highly intriguing dynamic. It would have been nice to get a greater indication as to where this story is headed, as this issue alone plays it very close to the vest. That said, it’s nice to have surprises on the table and Azzarello’s pedigree is such that they are unlikely to disappoint. Certainly, the final pages of this issue alone should be enough to pique interests for the second chapter, throwing up a lot of questions which lend themselves to lengthy theorizing.

Final Verdict: 8.0 – “Faithless” #1 has relatively little to offer in terms of story, but remains a worthy read for its strong characters and artwork, as well as the intriguing hints at the supernatural dangers to come.