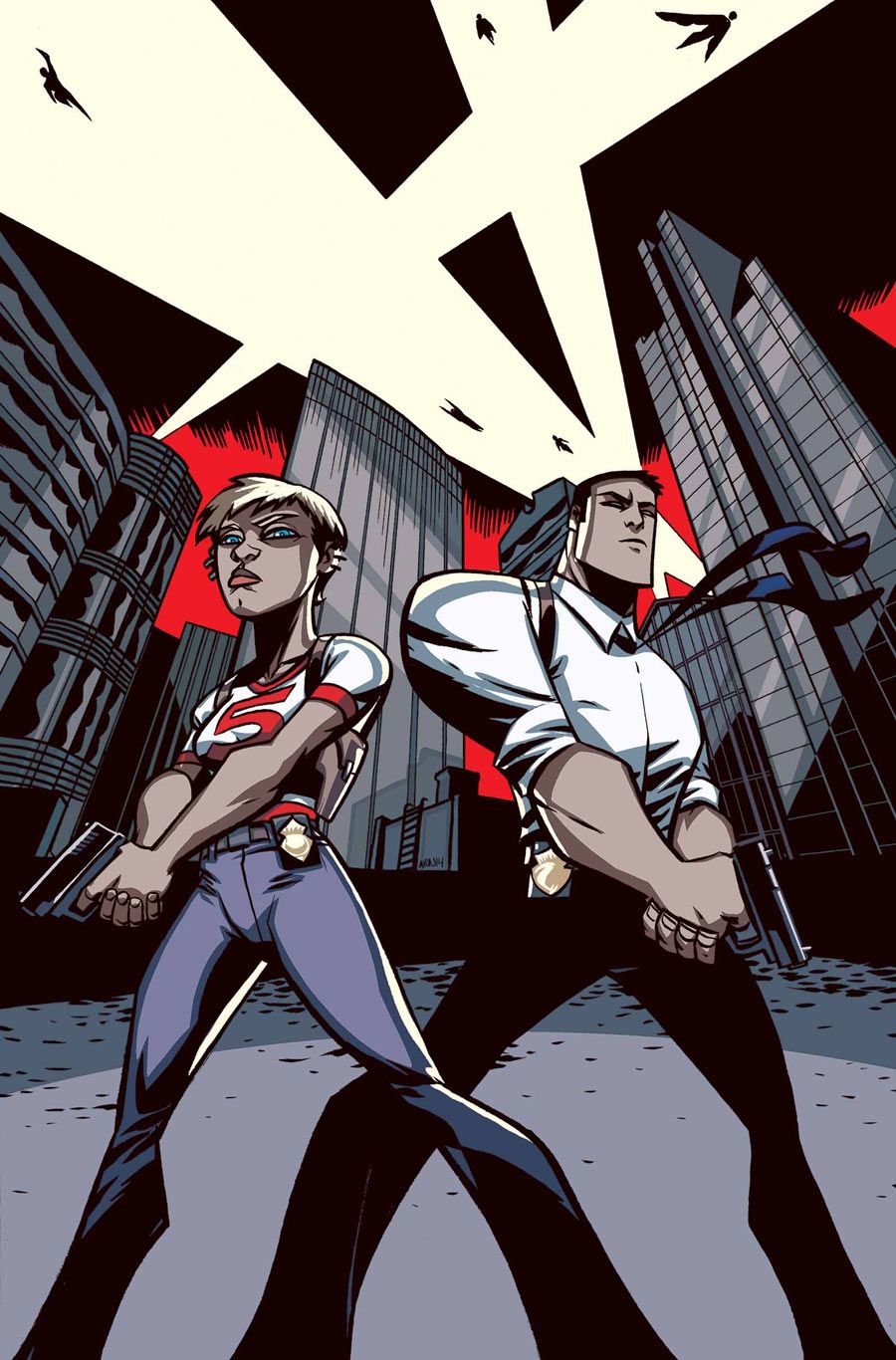 “Powers” returns with a new #1 before its TV debut, and aims to appeal to new and old readers alike. 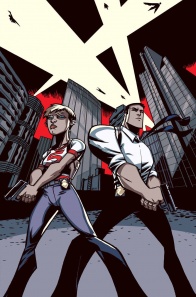 ALL-NEW ONGOING SERIES! Just in time for the debut of the long-awaited POWERS TV show comes this brand-new number one, a perfect jumping-on point for fans new and old! The Eisner Award-winning POWERS tells the story of homicide detectives Christian Walker and Deena Pilgrim, who are assigned cases specifically involving powers. If a superhero falls dead from the sky or a super villain is found dead in the gutter, it’s up to Walker and Pilgrim to solve the case. But having barely survived the most harrowing case of their careers and discovering government corruption of the highest level, Walker and Pilgrim are now faced with the most difficult decision they’ve ever had to make. Plus: the discovery of a power no one has ever seen before! This issue – double sized for the regular price – will also include an exclusive behind-the-scenes look at the making of the POWERS TV show with never-before-seen pictures from the set.

Remember back in ye days of olde when the only superhero TV show was Smallville? Now we can’t seem to change the channel without seeing Agent Carter being a badass or Oliver Queen flashing his ribs. This could be the Golden Age of Superhero TV, and we should be so thankful that most of these shows are good. Sony is throwing their hat into the ring with their adaptation of the long-running “Powers” series. This is notable because while it exists in the world of superheros, the series does not belong in to either the Marvel or DC universe and is instead completely creator owned. That being said, writer Brian Michael Bendis is one of the biggest and most acclaimed names at Marvel, and there was no way he would let such a beautiful chance for cross-promotion pass by. “Powers” is now launching a new volume with a new #1 that aims to appeal to new and old readers alike. It’s a tricky feat, but Bendis and artist Michael Avon Oeming certainly have the skill to pull it off.

The police procedural gets a lot of flack as a genre, but just imagine how much more interesting it would be if the suspects were superheroes. This is the main idea behind “Powers” which allows Brian Michael Bendis to mash up his history as a noir comics creator with his status as the longest serving “Avengers” writer since Marvel began. For new readers, the first thing they’ll likely notice how unimpressed everyone is with the fact that superheroes exist. This serves a dual purpose of implying a deeper world for new readers to explore, and pointing the way towards the other 70+ issues set in this universe. The characters feel comfortable in this world, and Detective Deena Pilgrim feels comfortable as she investigates a gruesome powers-based crime. She is assertive and forceful, and immediately takes charge of the crime scene. Even to readers who have no idea of her history, Bendis crafts scenes that make her personality clear right away.

Free of the constraints of the Marvel U, Bendis doesn’t even try to hold back on some of his more familiar tendencies. These characters love to talk, and the last third of this issues features a couple of long speeches with giant word bubbles that take up big chunks of the page. While some might complain about the tilted ratio of talk to action, but Bendis actually doing is setting the tone of universe for new readers. Yes, superheroes exist and they do have super-powered battles, but that’s not the point of the series. Fortunately, the dialog contains a good amount of Bendis’ trademark humour, there are actual laugh-out-loud moments as Pilgrim starts the investigation.

Long-time readers might find the issue slightly repetitive, and there really is nothing that builds on any of the larger “Powers” mythos. In fact one of the main characters, Christian Walker, doesn’t even make an appearance until the final page. Its main concern is to serve a re-introduction to world, and Bendis wisely avoids the temptation to simply recap every that had occurred in previous volumes. What Bendis gives older readers is the enjoyment of seeing Pilgrim back in action, fighting bad guys and investigating crimes. It’s comfortably familiar, but just starts to skim the surface of this world.

One of the elements that made “Powers” stand out during its initial volumes was the unique art style by Michael Avon Oeming. At first glance it might come off as cartoon-y, but that should not be considered indicative of quality. It’s not an elegant looking book, instead it’s filled of blocked shapes, hard edges and some startling body proportions. It actually suits the tone of the book because “Powers” is a story about the regular ugly little people, not about the graceful and awe-inspiring heroes. Pilgrim is a hardened person, and her daily life is certainly rough and dangerous, and the art reflects this hard reality.

Calling the art cartoon-y would also imply that the book tones down the bleak realities of a superhero crimes scenes, but the amount of blood Pilgrim has to walk over should quickly dissuade this notion. Oeming manages to make the profane look beautiful, and the crass moments don’t fill shoehorned in just for shock value.

Despite the procedural aspect of the book, Oeming still finds ample opportunity to show off with some great pages. The police station is first shown in a beautiful double page spread that shows that even a world of superheroes can’t escape cubicles. This scene is filled with plenty of detail and seriously fun gags. Take the time to read all the posters and look at costume homages. The rest of the book slides easily into a familiar noir style, with thick lines and oppressive shadows but it never becomes dreary. The frequent locale changes prove that Oeming can render the bright ocean and a grimy strip just as well as a police station. Yes, there’s a strip club and, yes, it’s pretty explicit. Just because it’s not hyper-realistic doesn’t mean that “Powers” pulls any punches.

The return of “Powers”, and the premiere of the TV adaptation, is sure to please fans of the series, but the first issue might leave them leaking a little more. The creative team of Brian Michael Bendis and Michael Avon Oeming include all the familiar elements, Pilgrim, Walker, Powers, crime, but it is clearly designed more as an entry point for new readers. It’s an engaging and entertaining story with plenty of super-powered mystery and intrigue, with funny, and abundant, dialogue and great art. But if you have read every other issue there isn’t really a whole that’s new.

Final Verdict: 7.9 – A great entry point for new readers, and hopefully older readers will be satisfied that Pilgrim and Walker are back on the case.