In the lead up to the release of this reboot of the Fantastic Four film franchise, comics fans seemed pretty split down the middle. One group seemed to hate it from moment one, for one reason or another. Be it the casting of Michael B. Jordan as Johnny Storm or the overwrought, really-wants-to-be-Interstellar first trailers, there were definitely people who didn’t want this movie to succeed. I can sympathise with this camp as I was not exactly impressed by the footage I saw in the trailers. The other camp, however, seemed determined to go against this negativity and hope that the good elements (an amazing cast, a talented young directed and a fresh take on some of the most static characters in comics) could come together and make a good Fantastic Four movie for once.

It’s almost fitting, then, that the movie feels like two different films joined at the hip. 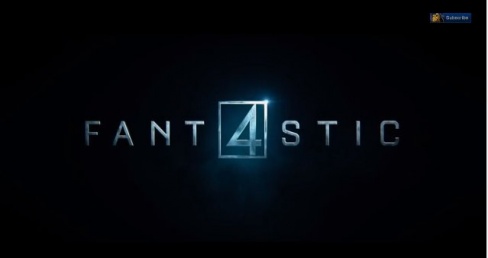 If you’ve ever wondered what it would be like to watch the first arc of “Ultimate Fantastic Four” as movie, wonder no more. This film uses that basic story as its jumping off point and is, perhaps, why the first half of the film is so much stronger than the second. The focus on inter-character relationships in the early parts of the film as we see Reed Richards attempt his lifelong dream at teleporting organic matter brings a real humanising quality to the film. Director Josh Trank structures this half of the film with the goal of a working teleportation machine on the horizon and uses that common goal to link our characters.

It’s how Reed Richards meets Ben Grimm in high school, it’s how he meets Sue and Johnny Storm and it’s even how he meets Victor Von Doom. As they all come together and bring their talents to work on this machine, a sense of cammaraderie forms between the characters which is portrayed very organically by the actors. You feel like these people are actually friends and you want them to make this breakthrough. It feels less like a superhero film and more like a character-focused drama about a scientific breakthrough.

The problem, however, is that the film forgets to become a superhero film. The lead up of the first act culminates in our intrepid heroes venturing into this unknown dimension and a catastrophe which gives them amazing powers. Oh, hold on, no that’s not right. What I meant to say is that for fifteen minutes, the film decides to swap out Sue for Ben, who hasn’t been in the movie for the last half hour and who I almost forgot was in the damn film, in order for them to sneak into the teleportation film because plot-demanded bureaucracy demanded it. This results in which the five of them are horrifyingly transformed by the energies of the alternate dimension (which the film doesn’t even have the guts to call the Negative Zone).

Wait, did I say five? That’s right, I did. Let’s take a detour for a moment. This film falls into the same trap as the 2005 attempt did in that it doesn’t know how to introduce Victor Von Doom and so it just tacks him onto the Four’s origin story like the group’s Fifth Ranger. This isn’t actually that jarring in the first half of the film as the way he is introduced as Franklin Storm’s former, failed protege, a role that Reed Richards is now embodying, brings an interesting dynamic to the group. Toby Kebbell does a stellar job as Doom here, surprising no one who was already familiar with his work, and he completely captures the charisma of Doom that previous attempts (I’m looking at you, Nip/Tuck) as well as the jealousy he feels for how well Reed interacts with the rest of the Baxter group. Yet, much like the film itself, the character falls apart at the halfway point.

To get into specifics would be perhaps too spoiler-y for even this review, but the circumstances under which Doom undergoes his full heel turn feel like the film was bending over backwards for an antagonist. And even then, Doom disappears from the film for a good twenty minutes or so. After the incident in which the team is transformed, the film shifts focus, briefly, to turn into a body horror showcase before, inexplicably, skipping ahead in time. It’s this time skip that, and I say this in no uncertain terms, ruins the film. Everything the film builds up is jettisoned almost immediately. Characters begin to act completely unlike their established personalities and it ruins the bond that they had in the first act. 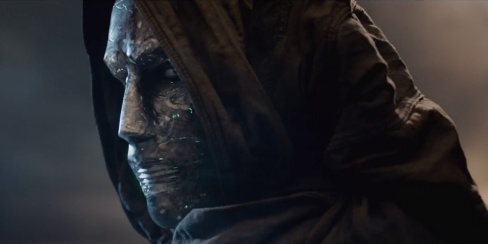 From the time-skip on, most of the Four either have so little connection to each other that might as well be on different teams or they spend the rest of the time bickering with each other. The first half of the film made this group feel effortlessly connected. The Fantastic Four have always been Marvel’s First Family and the first half of this film brings them together and creates that familiar bond. Then, with the timeskip, the film destroys what it created and spends the remaining time forcing them to rebuild that connection without ever quite getting there. It’s honestly shocking that the film ends and the team feels less connected than they did twenty minutes into the movie.

And this isn’t even mentioning that shockingly poor climax to the film. If you thought having the Human Torch fly around Doom really fast and then dousing him with a fire hydrant was ridiculous, then you haven’t seen anything yet. The final battle with Doom is so inconsequential, despite the film reminding you every other sentence that it’s supposed to be dire and world-threatening, that is feels like an afterthought. In all honestly, the entire second half of this film, at least everything after the timeskip, felt like an afterthought.

Actually, let’s wrap up by talking about the Four themselves. At first, the notion of focusing on the characters as young adults set off the inner sceptic in me, but I think it’s one of the few things in this movie that really paid off. Miles Teller puts in a pretty strong performance as Reed Richards and while the writing doesn’t do him a lot of favours as the character is inherently pretty bland, he brings a sense of humour to the character without falling into the trap of making him seem like a walking science robot. Kate Mara is an excellent Sue Storm when the film remembers she’s in it (seriously, the fact that she isn’t on the initial trip to the alternate dimension is ludicrous), but feels constrained by a plot that doesn’t know what to do with her. Michael B. Jordan shines as Johnny Storm and takes the idea of him being a hothead and turns that into a sense of frustration with his family dynamic. His character holds an enormous amount of tension just under the surface and is probably the most dynamic character in the film, even if his does suffer from the same constraint of not having much to do.

Of the Four, it’s definitely Jamie Bell as Ben Grimm who gets the shaft the most. He barely plays a part in the first half of the movie due not actually being involved in the Baxter Foundation stuff and the film bends over backwards to bring him on the incursion into the alternate universe (otherwise he might as well have just not been in the movie). Then, after the transformation sequence, the film tries to make up for this by giving him a non-sensical solo side story that only serves to destroy his relationship to the rest of the team. Also, while the effects of his rock form are well done and he certainly has a better on-screen presence than the suit they had Michael Chiklis in, Bell’s voice just does not suit the character in that form the way Chiklis’ did, no matter how much they try to modulate it. 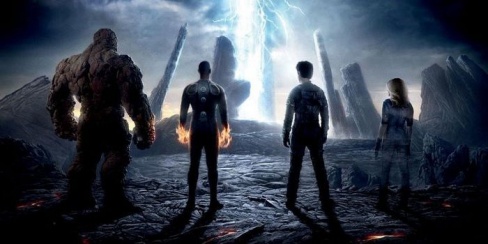 Overall, this film is a bit of a mess. It starts off with an incredibly promising opening that feels like this could be the breakthrough the franchise needed. The direction from Trank and the performances from the cast all combine to create an engrossing journey into the world of the Baxter Foundation. The focus on using this journey to show the characters interacting and becoming a family is exactly the feel this film should have been aiming for. The problem comes when the film remembers it needs to be a Fantastic Four film and, instead of letting the characters be the Fantastic Four, decides to spin its wheels for the remaining running time while filling scenes with rejected military scenes from Man Of Steel. The whole affair boils down to what feels like a teaser to the actual Fantastic Four film which, if this is any indication, will probably never happen before Fox crawls back to Marvel Studios for help the way Sony did with Spider-Man.