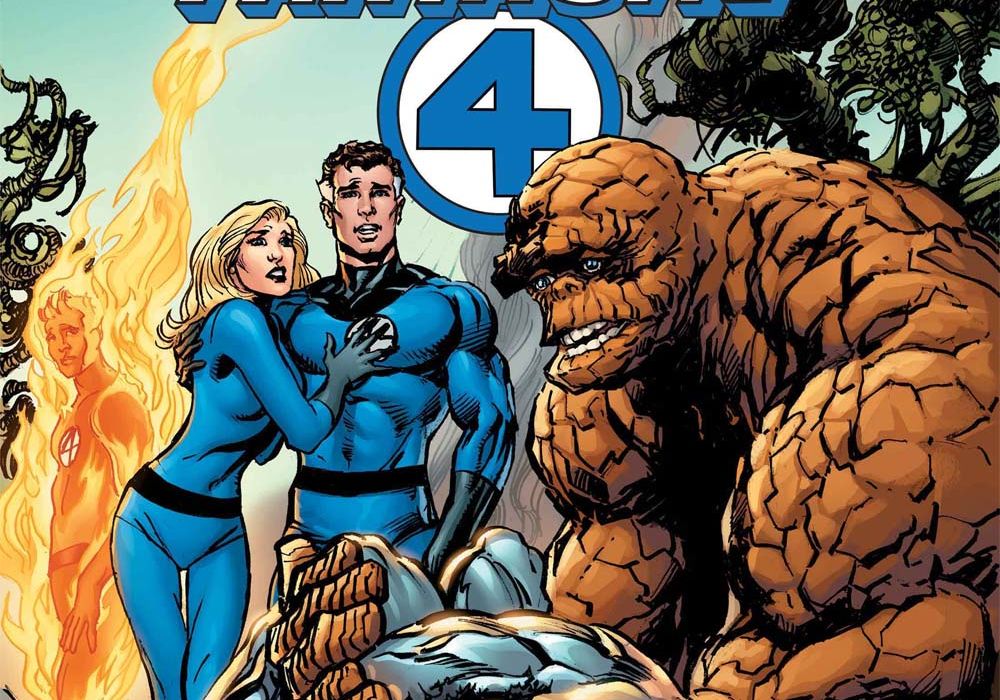 When you compare the modern pop culture footprint of Marvel heavyweights such as Iron Man or Spider-Man to the Fantastic Four it’s almost sad to see how far the First Family of Marvel has fallen. Granted, in the wider scope of things it does make sense considering that every movie the Fantastic Four have been in has ranged from okay to downright awful, but when you consider the impact that Reed, Susan, Johnny, and Ben have had on the comic book industry, it’s almost criminal.

Now, it seems that Marvel thinks that the best way to revive interest in the Fantastic Four is by reminding readers of the stories from the 1960’s that made them great in the first place with “Fantastic Four: Antithesis” #1. Let’s see if it works. 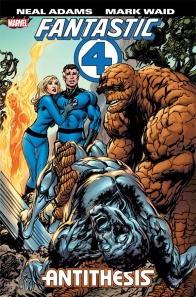 The first full-length Fantastic Four story ever illustrated by classic creator Neal Adams!
An unstoppable meteor of unknown origin has just erupted from hyperspace–and unless the Fantastic Four can find a way to stop it from hitting Manhattan, millions will die!

In case there was any doubt as to what “Fantastic Four: Antithesis” #1 is trying to do the comic opens with a claim that it’s “A new story from the classical era”. It’s a bold association to make considering that the classic Fantastic Four stories were written and drawn by industry legends Stan Lee and Jack Kirby, which are not very easy shoes to fill. Fortunately, Marvel showed a tremendous amount of sense in hiring a very good writer who is an avid historian and student of comic book lore: Mark Waid.

On a macro level, Waid does a great job of evoking the classical era of the Fantastic Four by emulating the pacing of a Marvel comic from the 1960’s. It starts at the tail end of a different adventure where the team is fighting Annihilus of the Negative Zone, takes a brief respite to showcase some inter family drama, and then kicks off the main story with a cliffhanger in the end. It’s a dense book, but it’s historically accurate and shows that Waid understands the two things that made the Fantastic Four so great in the first place.

First off, the Fantastic Four are almost a side show when it comes to the action in their own book. They aren’t there to hog the glory for themselves, they’re there to provide a showcase for big and grand characters like Annihilus and Galactus to strut their stuff and provide just enough danger to excite the reader before Reed Richards figures out how to get rid of them. Second, the story needs to calm down for a bit; it’s their mundane personal issues that take the center stage. The Fantastic Four may be a family, but Waid understands that they’re a dysfunctional family and showcases how Ben and Johnny like to poke fun at and prank each other while Sue laments at how Reed is continually engrossed in his work and doesn’t have time for her, a fact that should have ended their relationship years ago but thanks to the power of comics, they continue to stay together.

If a book like “Fantastic Four: Antithesis” #1 was going to have any major problems, it was going to come from the expectations placed on whatever artist Marvel chose to draw it. Jack Kirby’s style was one of a kind and is so unique and recognizable that it’s almost impossible to copy directly. Marvel’s workaround was to hire another industry legend with an equally unique style: Neal Adams.

Adams is an interesting choice for a book like “Fantastic Four: Antithesis” #1, mostly because his art style is something of a contrast to Kirby’s. That’s not to say it’s a bad choice, Adam’s artwork is highly expressive and the action scenes are beautifully dynamic and filled with energy, but there are some very distinct differences between the two men’s art style that does have a significant impact on the comic.

The biggest difference is the focus of the artwork “Fantastic Four: Antithesis” #1. In the original comics, Kirby placed a huge emphasis on the setting, backgrounds, and all the stuff that the characters had to interact with. This resulted in pages filled with weird machinery, tech, and background details that made the comic pop such as the famous “Kirby Krackle”. In contrast, while Adams does have some weird tech on display, it plays a secondary role to focus on the characters themselves. It’s apparent that Adams is better at drawing people than Kirby was. While Kirby’s characters looked simple with clean, minimalist lines Adams draws richly detailed faces and bodies that look incredibly realistic and expressive. This can backfire at times, especially when the comic zooms in on the faces of the characters giving them a weird look straight from the uncanny valley, but it only happens on two pages and can be easily overlooked in the name of one industry legend doing his best to fill the shoes of another industry legend.

“Fantastic Four: Antithesis” #1 had the daunting task of trying to tell a new story from an older era and had to balance being its own book while emulating the work of two of the greatest creators in comics. Fortunately, thanks to two other industry legends the book manages to accomplish both its goals, managing to be something new and interesting, yet nostalgic and timeless.

Final Verdict: 9.4- An expertly written and crafted Fantastic Four story that combines with beautiful artwork to create an excellent homage to a team of superheroes that redefined what comic book superheroes could be.