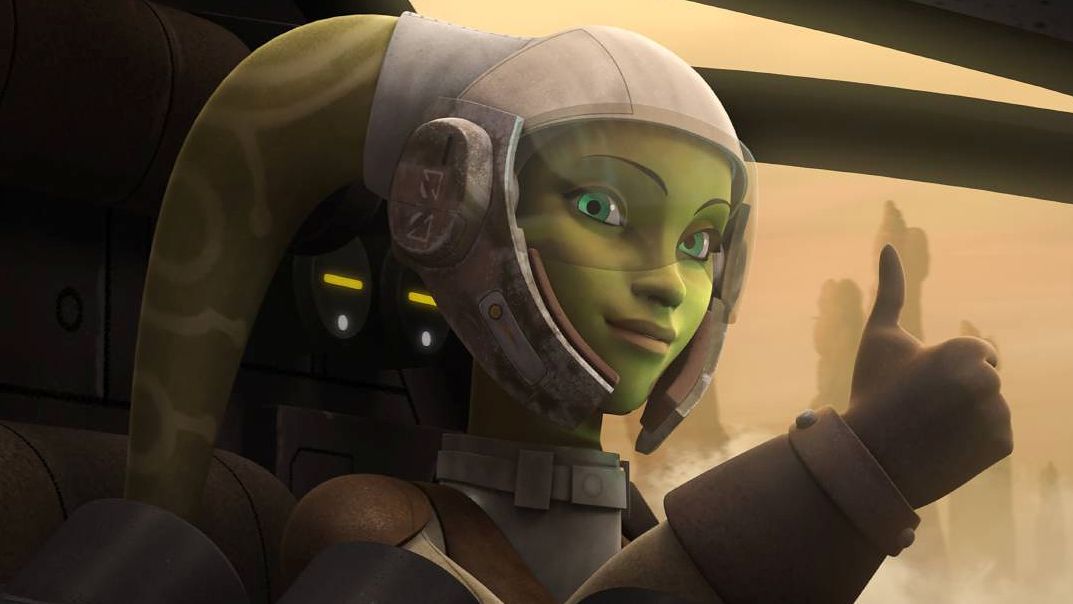 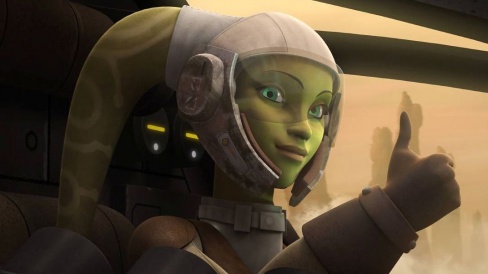 Welcome back to a galaxy far, far away! This week, the Rebellion took some heavy losses running against an Imperial blockade and their only hope was an experimental starfighter that you just might recognise.

Head on down below for our Five Thoughts on the fifth episode of Star Wars: Rebels, “Wings Of The Master”.

1. Now, That Is How You Open An Episode

I’ll come back to this more in a later thought, but I am continually impressed by how much this show has improved thanks to the Ghost crew actually joining up with a Rebel cell. The opening of this episode really proved that as it really felt like a battle out of one of the Original Trilogy films. Sure, you have the Ghost there, but you also have A-Wings and a Corellian Blockade Runner going up against TIE Fighters and Star Destroyers.

It was a seriously impressive opening scene not just because of how well put together the dog fight was and how genuinely exciting it was to see the Rebels throw themselves headlong against the Imperial blockade, but also because they got their asses kicked. It was a real loss for the Rebellion and the episode was quick to make it clear that their failure put innocent lives on the line. This was something that was really missing from the first, a sense of stake in the rebellion, and I’m glad this episode really brought that to the fore here.

2. This Is Exactly What I Want: A Hera Focused Episode

I’ve been clamouring for this since the season started and I’m so glad it’s finally happened. Hera is one of my favourite characters on the show and her history with the Clone Wars is easily just as rich as Kanan’s and I’m so glad she got the spotlight here. For most of the show, she’s been the Ghost crew’s den mother and the designated responsible one so it was a nice change of pace to see her open up about why she loves flying and really prove herself as a pilot by handling the prototype B-Wing.

All I can hope is that the writers don’t take this as an excuse to bury her for stories just about Kanan and Ezra again, but I think Hera’s promotion at the end of the episode means she’ll be getting a bigger role from now on.

3. I Can’t Believe This Is An Origin Story For A Starfighter

This is something I wasn’t sure about when I first saw the clip for this episode as I tend to get really worried when Star Wars makes things feel too connected and too small. It’s something that really killed the Prequels, the need to answer every single loose end and connect everything in a way that makes the galaxy feel like it revolves around a small group of characters.

However, the way this episode was handled was actually very smart. On the Rebels Recon episode for this episode on starwars.com, Pablo Hidalgo explained that they way they’re explaining why you only saw X- and Y-Wings in Episode IV is because different cells of the Rebellion use different ships. The Red and Gold Squadrons we see in Episode IV use X- and Y-Wings, respectively, and the Phoenix Squadron we see in Rebels use A-Wings and will likely incorporate B-Wings soon after this. That’s why you see A-Wings and B-Wings in Episode VI: the entire Rebel Fleet has amassed and so all the starfighters of the Rebellion are fighting side by side. It’s the small things like that that really make me appreciate the thought that goes into this kind of episode.

4. This Show Has Improved So Much

As I mentioned, I have been really impressed with how much this season has improved over the first. In just five episodes, I am way more invested in all of the characters simply for the fact that they’re not a isolated band of rebels fighting for the freedom of one backwater planet. Being part of the Alliance To Restore The Republic has allowed the Ghost crew to act as part of the larger Rebellion, taking them on missions outside of the Lothal system and makes their actions feel like they count in the bigger picture of the Rebellion. I really hope they can keep that up.

And it’s not just the story-side that’s been impressive. There were a number of shots in this episode that really astonished me from a directorial standpoint. One I noticed was the pan around the table in the debriefing early in the episode where Rex suggests seeking out Quarrie (which, by the way, was an amazing reference to Ralph McQuarrie). It was a single shot and probably wouldn’t have looked out of place anywhere else, but I appreciated the fact that the creators of this show are putting as much effort into the cinematography and camera movement as they would if this show was live action. It just elevates the show that much more.

Because this episode was pretty self-contained, even for a 22-minute episode, I’ve pretty much ran out of things to say at this point so I want to use this last thought to mention how awesome David Oyelowo’s Agent Kallus. I mean, even the fact that David Oyelowo is still doing voice work for a Star Wars show is cool enough, but Kallus has become a welcome face in the show because of just how good an antagonist he is. Past all the Vaders and Inquisitors of the galaxy, the purest antagonist the Ghost crew can have is an Imperial agent who is determined to take them down and Kallus fits that role perfectly. At every turn, he seems to be there, waiting to box the Rebels in even more and I really hope this season continues to push him as a serious antagonist.