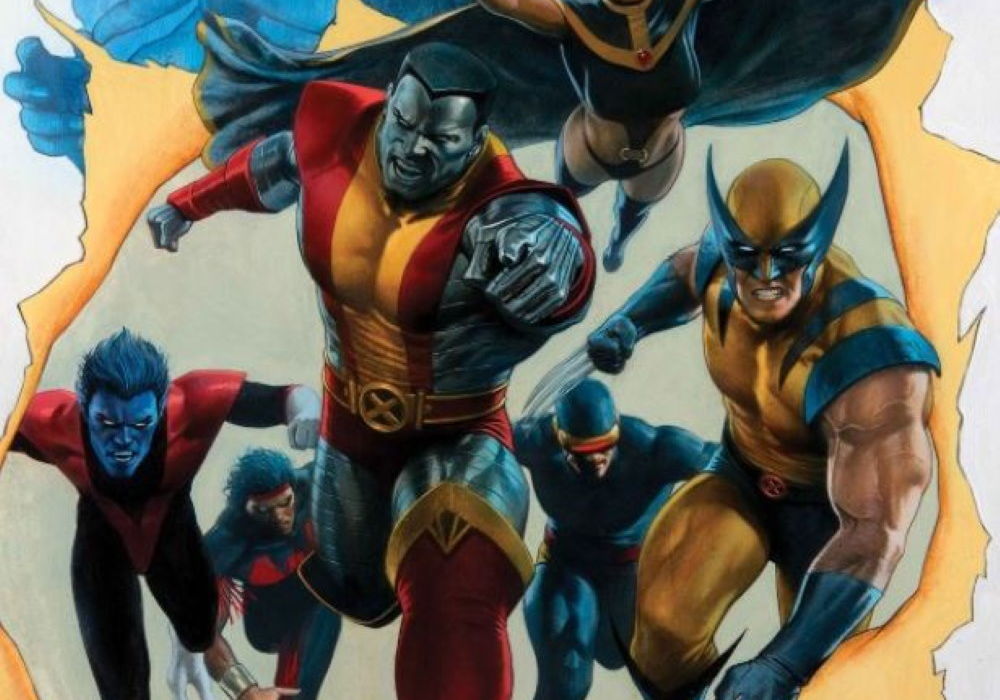 When it’s done properly, I love a good jam issue. Frequently shifting artists doesn’t usually lend itself to a coherent story, but it can be fun to juxtapose a bunch of radically different styles. So applying the style to an issue people have read a hundred times can be a fun bonus. Not a replacement for the original story, but a supplementary celebration that demonstrates how much the issue meant to the comic book community at large. 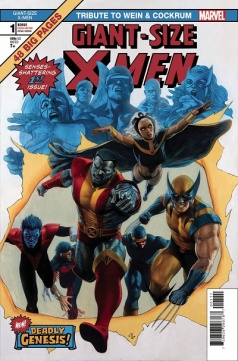 CELEBRATING THE CLASSIC’S 45TH ANNIVERSARY! Forty-five years ago, a comic book came out that would change the face of Marvel Comics forever. Writer Len Wein and artist Dave Cockrum revamped the X-Men completely, replacing the bulk of the teen heroes with a completely new international cast! The legendary one-shot took comic fans by storm and set the series off in a new direction, setting the stage for the legendary X-scribe Chris Claremont to make them the most popular heroes in the Marvel Universe! Now, 37 of Marvel’s top artists come together to re-create this epic story, each re-drawing one pulse-pounding page in tribute to this Marvel masterpiece!

“Giant Size X-Men” #1 is remembered as the start of the legendary two decade spanning Chris Claremont run on “X-Men” but he is not actually credited on the issue. “Giant Size” was written by Len Wein (creator of Wolverine and Swamp Thing among others) and drawn by Dave Cockrum (most famous for his “X-Men” work and for “Legion of Superheroes”). The last new issue of “X-Men” had been #66, published in 1970. Since then, “X-Men” continued the series numbering, but only published reprints of previous issues. “Giant Size” came out in 1975 to act as a reboot for the property, after five years without new “X-Men” stories.

The issue is notable for introducing an insane number of beloved characters. Storm makes her first appearance here. So do Nightcrawler and Colossus. There are years before we will call her Magik, but Ilyana Rasputin appears for the first time here. Hell, Wolverine joins the team for the first time, along with Banshee, Thunderbird, and Sunfire. On top of all that, the villain of the piece turns out to be Krakoa, the island that walks like a man, an entity who is more important than ever in contemporary X-comics.

Wein’s writing is retained here, and it is fascinating to read. Not because it’s good (though it is). More because we are seeing the transition from the very overwrought Silver Age to the slightly more naturalistic Bronze Age. We still are seeing plenty of narrative captions and thought balloons, and the writing in those is filled with pulpy purple prose that would fit right into a Lovecraft story or an Edgar Rice Boroughs. But the dialogue is… well not exactly believable, but theatrical. Cinematic. We are moving beyond the gee whiz exposition that Stan Lee pioneered in early Marvel and into something that would make for a pretty good action movie. “Uncanny X-Men” is arguably the defining book of the Bronze Age, and this is the first seed of what it will become.

The gimmick of this issue is that the artist changes every page, and of course that it’s a murderer’s row of talent. This doesn’t make a lot of sense in terms of sequential images and narrative. Some editor made sure the page turns aren’t so dramatic as to burn your eyes, but the transitions are still pretty dramatic. Still, the benefit to this approach is just that you get to see some of the big moments in a new light, or that otherwise forgettable parts are given new life. Storm’s introduction is always striking, but Margueritte Sauvage pours electricity onto her reveal on page 7. The introduction of the prickly Thunderbird never thrilled me as a kid, but it’s impossible not to be charmed by Gurihiru’s cartoony style.

Plus, I’m sure some of your favorites get their moments to shine. Chris Samnee always makes me smile. I’ve recently become a big fan of David Baldeon, and it was thrilling to recognize his work here. Mike del Mundo is a particular favorite, so even getting a page of his work feels like a treat. You also get to see current X-artists drawing classic scenes like Rod Reis and Pepe Larraz. It doesn’t improve upon the original story, but it’s like looking at a painting while standing on your head (try it sometime!). You notice things you’ve never noticed before. Joshua Cassara really made me appreciate how sharp those giant crab claws are on page 25!

When I was a little kid, I had this issue on a CD-ROM (which probably tells you how old I am). I didn’t have many comics, but the ones I did have I read over and over again. I can see panels from “Giant Size” #1 in my sleep, and that makes this remixed version an academic experience for me. Maybe you’ve never read this story before. Perhaps you are someone who only got into X-Men this year, while they were living peacefully on Krakoa. If so, I don’t know what this issue must have felt like. Must be a trip. But with such a mighty lineup of artists pouring their hearts into the work, you get how momentous this silly pulpy story is supposed to be. I can’t say that this tribute issue makes for a good replacement to the original. But it’s filled with beautiful pages, and it’s a fun experience that celebrates Marvel history. I’d love to see more stuff like it.