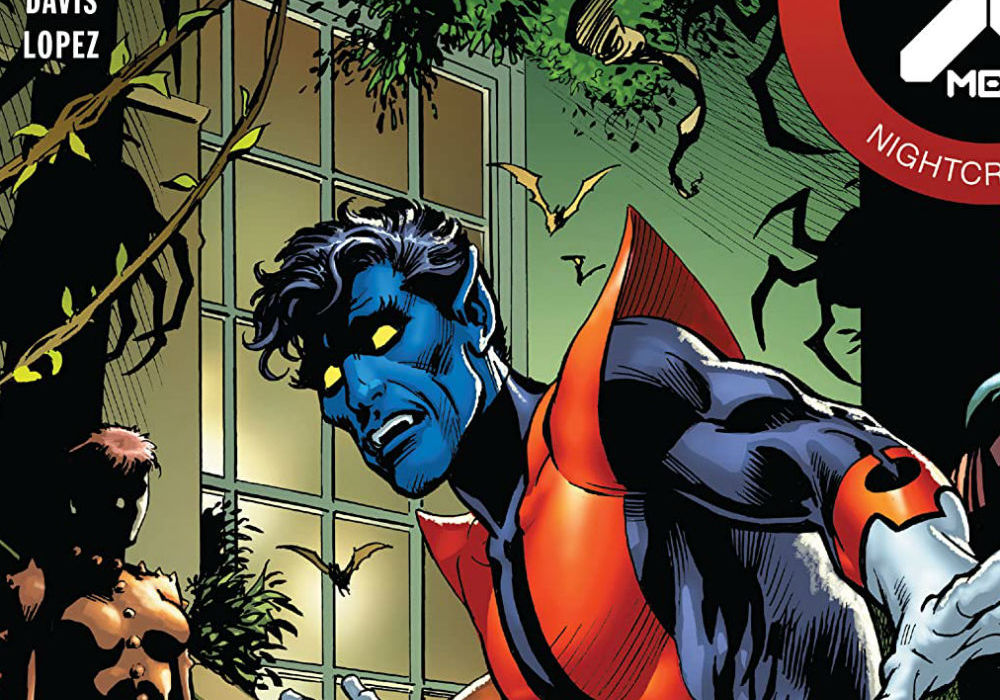 The string of strong Giant Size issues under the X-Men line continue, as Nightcrawler leads a team deep into the old X-Mansion. However, despite being a compelling read, it might be a misnomer. 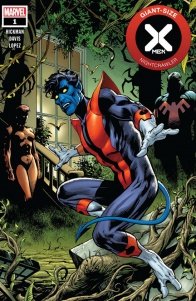 HICKMAN AND DAVIS HAUNT THE XAVIER SCHOOL! Superstar writer Jonathan Hickman teams with legendary artist Alan Davis (X–MEN, EXCALIBUR, AVENGERS) for an eerie tale of adventure! When the X–Men lose contact with the Greymalkin Habitat, it falls to Nightcrawler to lead a mission into the unknown!

The “Giant-Size” banner carries a lot of weight in the X-Men universe. It was first used to introduce the second generation of mutants to the fold, which completely changed the landscape for the publishing line, introducing multiple new concepts and situations.

Now, in 2020, the banner is being utilised in the context of ‘Dawn of X,’ another exemplary era of transformation that is pushing Marvel’s mutants intro truly new territory. Specifically, the Giant-Size issues are focusing on key characters, but not only as introspective studies, but rather as ways to progress key aspects of the overarching arc of the line’s narrative. In comes “Giant-Size X-Men: Nightcrawler” #1.

Getting the obviously positive out of the way first. Seeing Alan Davis return to the X-Men line is always a joy. For any fan of the eighties, Davis is synonymous with a particular group of mutants, those of “Excalibur” fame, which, to no surprise, featured Nightcrawler prominently. There is a sense of familiarity of seeing Davis arts, from Kurt’s poses, to how Lockheed looks like, down to details like the minute’s dragon’s snout. Davis is an industry’s veteran, and it shows in all the right ways: pages are masterfully designed, the narrative flows beautifully, characters models and faces are unique and absolutely consistent.

Joining him on art, colourist Carlos Lopez brings a touch of the modern into the palette, with shadows and nuances that would have been impossible decades, or even years ago. The combination of the two collaborations make for a very beautiful comic book, and one that doesn’t lose a beat on how it wants to portray the action, the mysteries, and the focus.

Hickman is often praised as a modern master, given his intricate plot architecture and on how deliberately he pushes his stories forward. There is a sense that everything counts, that every dialogue has some deeper meaning, that it hints at secrets being unraveled. At the same time, that attention to plot is not made to the sacrifice of deep character moments, exchanges that ring true to the large ensemble that is the X-Men universe.

It is, on that note, that unfortunately this issue can become a bit of a letdown to some fans. No, the story is no weak (quite the opposite). No, the revelations are not empty of substance (more on that later). It simply fails to its name, as Nightcrawler per se is more of a vehicle to push the story forward, rather than a true protagonist, with a stronger character evolution. Instead, that benefit goes to another mutant, that of Doug Ramsey (aka Cypher). This is not a criticism by any means, but since the issue is named and advertised specifically as a Nightcrawler piece, some fans might feel that backlash.

With that out of the way, Hickman crafts a dramatic suspense. By the time the story ends, the issues’s secrets are revealed in full and in a very organic way, new characters return to the X-Men fold, and a running sub-plot of the Dawn of X line makes a significant leap forward. It is expertly paced, combining action with deeper dialogue, branching groups of mutants in different paths, and making their relationships more nuanced by the time the issue ends, as they all react to the plot reveals.

Going a little bit into spoiler territory, “Giant-Size X-Men: Nightcrawler” #1 continues the now-tradition of the ‘Dawn of X’ line to absorb past aspects of continuity, and obscure, long-forgotten elements into a new light. The progressive nation of Krakoa is one foreboding with innovation, and it would be a shame to see old concepts being rehashed. By opposition, seeing these characters and situations being thrown in such a dynamic playground is exciting, to say the least.

All in all, “Giant-Size X-Men: Nightcrawler” #1 is a great issue. Beautiful, masterfully paced in both illustration and script, with relevant evolution to plot and character through its thirty-and-so pages. It’s only pitfall is on how it loses focus on its titular lead, despite such a strong balance to the ensemble it brings to the fold. That said, it ends up being a smaller complain on such a compelling narrative.

Final Verdict: 8.5 – Despite maybe setting Nightcrawler fans to a fall, the latest “Giant-Sized X-Men” is yet another great addition to the ‘Dawn of X’ era of the mutant publishing line, and one well worth the attention of any X-Men fan.