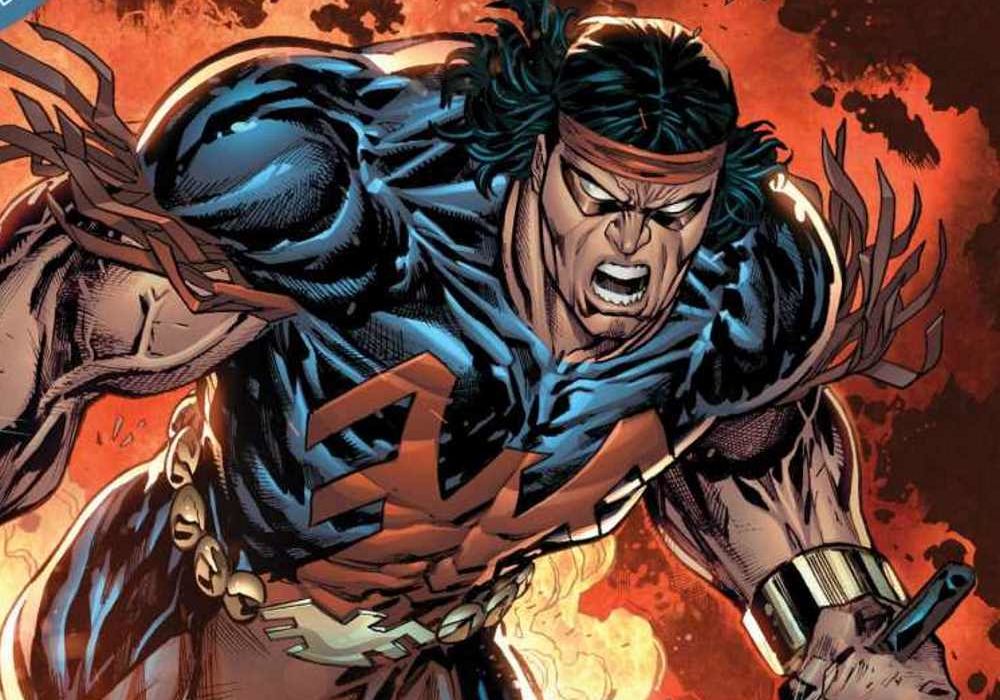 I already write thousands of words a month about “X-Men” comics, so volunteering to write some more comes as a bit of a surprise to me. The Mutantversity column is fixated on story and continuity, but it’s rare that I look at an issue with a critical eye, trying to assess it as a comic. This particular issue is unique in so many ways, including the creators making it, that I knew I was going to read it closely, carefully. And I did. “Giant Sized X-Men: Thunderbird” #1 surprises and satisfies in equal measure. 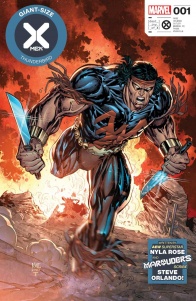 All Elite Wrestling superstar Nyla Rose slams into Krakoa with a back-breaking one-shot featuring the first X-Man to die in action! In this mega-sized one-shot, Rose teams up with comics star Steve Orlando and First Nations artist David Cutler to grapple with the ramifications of Thunderbird’s recent resurrection! The world John Proudstar has returned to is completely different from the one he once knew. Looking to find refuge in the familiar, Thunderbird seeks out someone from his past at an Apache reservation…and uncovers a horrifying threat to the Indigenous mutant community. Will Thunderbird be able to save his people? Or will his justified rage lead him astray?

The first thing you may notice about “Thunderbird” is that it’s written by a wrestler. Nyla Rose is a one-time AEW Women’s World Champion, and the first transgender wrestler to ever sign with a major promotion. She also calls herself “The Native Beast,” and her Oneida heritage is part of her persona in the ring. Also, pre-COVID she was something of a licker. Also also, she’s a hilarious follow on Twitter. Despite a lot of the shared visual language of superhero comics and wrestling, you see less crossover than you might expect. (There was a CM Punk “Drax” comic in 2015.)

This issue is all about Thunderbird, an X-Men character who died a couple of issues after he first appeared. Thunderbird spent those issues jockeying with Wolverine to be the team’s token angry asshole, but then spent more time over the years as a fondly remembered dead guy. Announcing Rose as the writer of this one-shot feels like a statement. This issue is set to reconnect Thunderbird with his heritage, and to reconnect him with his anger.

It succeeds on both counts. Thunderbird is a seething mass of rage on two legs, always just barely in control. Rose and her co-writer, Steve Orlando, pull some deep-cut continuity from 90s “X-Force” comics, but this issue is all about putting John Proudstar back in the real world. He spends nearly the whole issue in Arizona, facing off with the feasible threat of empowered white supremacy. This is a fun comic though, and despite the horror implied by the villainy, Thunderbird kicks all sorts of ass, complete with some very wrestling appropriate smack talk.

About halfway through this issue, Thunderbird springs into action in his brand new costume, the first time his look has been updated since 1975. Something about the costume didn’t look right to my eyes. I’m so used to years of movie inspired designs favoring muted colors and heavy textures. Artist David Cutler’s new costume is a bright turquoise, with fringe shoulders, straps, pouches, and red wrestling inspired boots. Instead of a mask, Thunderbird has heavy makeup across his face. If you had asked me to give Thunderbird a modern redesign, I never in a million years would have come up with this look. It’s a good thing no one asked for my contributions to this issue.

Because right in one of the signature X-Men data pages, we see Thunderbird ordering the new duds from mutant designer Jumbo Carnation. He explains the significance of the colors, and criticizes the costume originally given to him by Professor X. “But the suit? That came from Xavier. Big bright colors like the Avengers. Supposed to put people at ease. Like I cared about that.” With the subtlety of a mutant punching a werewolf, this comic explains exactly what it means.

Is it the responsibility of indigenous people to explain themselves to me? Lord no, but that’s exactly the central question the comic is considering. Thunderbird never wanted to be an ambassador, but he never wanted to compromise his identity. This issue takes the time to show us his hometown, his family, and made his world real. That’s more than a lot of X-Men get. Nightcrawler’s native Germany looks like Castlevania. Banshee is from an Ireland teeming with Leprechauns. Thunderbird has to deal with some superpowered racists, but he also drinks beers and talks wrestling with his granny. This cheesy, populist action comic makes Thunderbird feel just as well realized as Peter Parker. If only for an issue.

There’s a world where this one-shot was just empty fluff. And there’s another one where it’s crammed full of text, telling the reader instead of showing. That’s not the case. The script gives plenty of room for David Cutler to draw a vast cartoony landscape, right before he draws a bone shattering punch, and then a moment of quiet reflection. It’s at times loud, blunt, and open-hearted. I can’t predict the staying power a character like Thunderbird will have moving forward, but his fans will always have this issue.

Final Verdict: 9.2 – A fantastic issue that goes above and beyond.