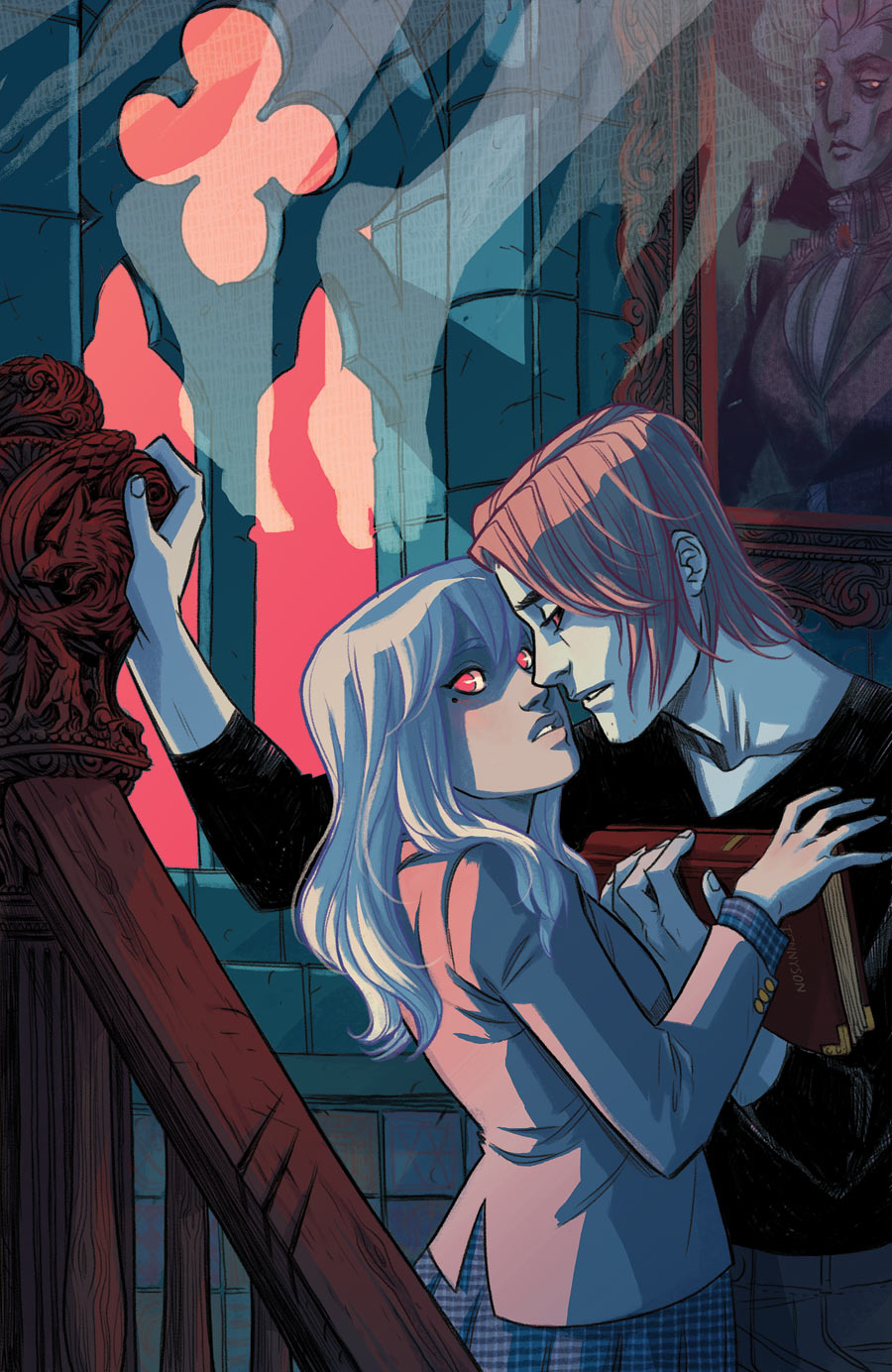 The mysteries continue, as Olive and the gang dig deeper into the great Millie Jane conundrum and beyond. 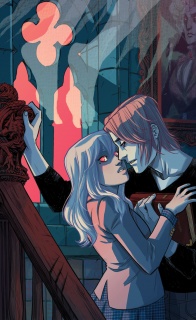 A book like “Gotham Academy” doesn’t need to do much to stand out amidst its DC brethren, as by design, it’s a lighter, more micro adventurous, more free flowing book than the others the publisher releases. The question for a book like this isn’t really one of quality – it’d be hard to argue it lacks merits, technically speaking – but whether or not it’s a fit for what you like to read. That’s an age old question when it comes to mediums like comics, as they’re subjective.

For me, “Gotham Academy” is a read that fits, as I like fun, I like adventure, and I like beautiful art. And this is a book that delivers that in spades. The fifth issue does the same, although it’s the most problematic of the issues that have been released so far.

It’s largest issue for me were the colors in the darker portions of the book. For the most part, the colors worked well, but in a book that has rotated colorists like Hogwarts went through Defense of Dark Arts teachers, there has been issue-to-issue variance. In the darker portions of this issue, there was a muted, muddled look to it. That’s natural for scenes that are lacking natural light, but when I read it, it made the read a difficult one at times. Compounding that, the light sources that Msassyk and Serge Lapointe utilized in those sequences didn’t make a lot of sense. There were spots of light all over the place that didn’t make much sense, or the absence of light that made equally little sense. Coloring was a bit of a struggle here.

Which is a problem, as Karl Kerschl continues to put together some of the absolute best work from any artist right now. This is a world that’s full of life, heavily in thanks to his art. Every character has their unique visual personality, not just in the fact that they have their own individual look and style, but in how they move. Kerschl’s work is enchantingly comprehensive, and while his panel work hasn’t been as adventurous as it was in the first issue, it’s because the storytelling hasn’t required it. The guy’s a gem.

Cloonan and Fletcher continue to tell a ripping yarn, and while your mileage might vary depending on how interested in the mysteries of the ghost, Mille Jane Cobblepot and Olive’s mom you are, with characters like Maps and Colton leading the fray, it’s hard not to get sucked in. The foursome of the aforementioned duo, Olive and Pomeline Fritch are four of the most fun characters to read in comics right now, and Cloonan and Fletcher have done a remarkable job of making them and this world a charming one. That said, slight demerits for the confusing handling of Croc. While this may be on me – I don’t know his status in the New 52 – the character acts more like a frightened kid than the hardened criminal than I’m used to. This is a guy who used to go head-to-head against Batman with little fear. Now he’s hiding from a gaggle of kids. It’s odd.

Overall, it’s another solid issue. I’m enjoying this book quite a bit, and if the colorists regulate, I think the book will be better overall. Either way, if you’re in the market for a fun book that’s less focused on continuity and more focused on engaging you actively, this book may be for you.