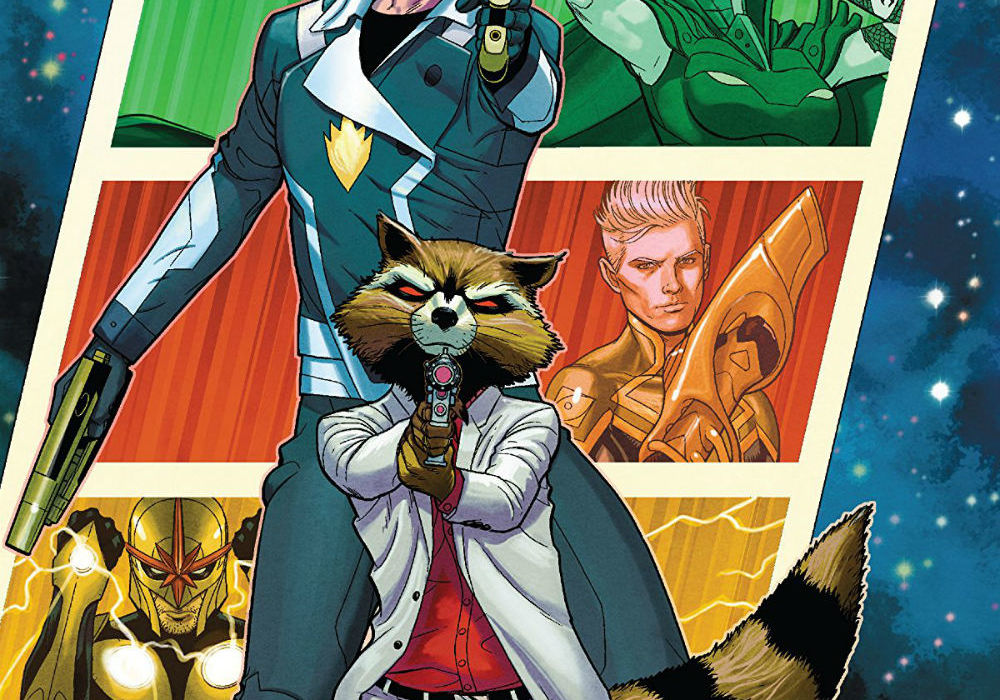 After a short, but exciting run under the pen of Donny Cates, “Guardians of the Galaxy” now relaunches under Al Ewing and team. Given Ewing’s recent work on the cosmic side of Marvel, from “The Ultimates” to the weekly “Avengers” series, readers should be prepared for a complex treat, on a well written, and beautifully drawn first issue. 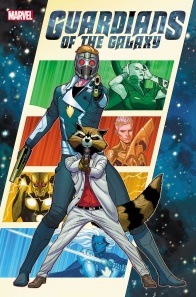 Once, they were a team of misfits. Now they’re a family, and they’ve earned their peace. But the universe is not a peaceful place — and it’s only getting worse. The Great Empires are in turmoil. The rule of law is dead. And amidst the chaos, the Gods of Olympus have returned — harbingers of a new age of war, reborn to burn their mark on the stars themselves. Someone has to guard the galaxy – but who will accept the mission? And will they survive it? Al Ewing (IMMORTAL HULK) and Juann Cabal (FRIENDLY NEIGHBORHOOD SPIDER-MAN) bring you in on the ground floor of a whole Marvel Universe of action and suspense!

The “Guardians of the Galaxy” are an interesting property for Marvel. Even on the heyday of the seventies, the Guardians were not a major flagship, often delegated to secondary roles on other books or sagas. It wasn’t until Dan Abnett and Andy Lanning ‘Anhilation’ series of books that the team rose to stardom. After that, the MCU feature films exploded them to the stratosphere, and the groups has been on the who’s who of Marvel writers ever since.

This introduction might seem like a bit of meandering, but it is particularly important on this debut, as the group itself, the characters within the book, recognize how far they’ve come, from motley crew, to team of adventurers, to family. And it is within that context that Ewing, Cabal, and Blee step in to tell a completely new story. There will be no spoilers during this review, but beware of some nods to certain characters that might impact your appreciation of the book.

Starting with the art, Cabal and Blee feel right at home on the innovative landscape that the outer space can offer. There are quite a few characters that are being reintroduced on these pages, and every single one of them feel unique, strange, and yet familiar to past depictions of themselves. If the new is properly introduced, the old earns just as much time on the spotlight, with the artists conveying a lot of emotion and how long-lasting relationships exist by facial and body expression alone. Pay attention on how Starlord, Gamora, and Rocket bounce of each other, or how Peter Quill feels a bit unease around Nova, given his relationship with Gamora in the past. It is all eye movement, nodding, and awkward body poses, really well done.

Blee on colors let loose, be in on how alien cities simply shine differently than their Earthly counterparts, on how the vastness of space seem limitless, colors of purple hues simply fading into the background. Energy signatures are also within his ballpark, and given the plethora of characters that wield them, having each of them being slightly different earns extra marks for Blee, for the sake of narrative clarity alone.

That said, there is a relevant criticism to Cabal’s art choices, and that is how page and panel are laid out. For a series set in the cosmos, there is a bit of an over-indulgence on the number of panels per page, which can feel stifling. This could be just as easily attributed to script choices, but the fact remains that most pages feel heavier than they should. However, he more than compensates on one particular sequence, where the titular heroes are trapped in a maze, which translate into the visual representation of the page is presented. It really feels like one of those MAD magazine centerfold puzzles.

Back to Ewing’s script, the writer covers a lot of ground on this debut issue, extra-page count or not. He reintroduces several characters, update the readers on when and where they have been recently, bring in villains of some of his past series, and even play with some concepts that past writers have created. A great example of that is Marvel Boy, a Grant Morrison creation, which gets his own splash page, filled with self-referential comments and poking fun at comic tropes. His script is filled with crazy ideas and open up a lot of doors for future narrative options, both in terms of the personal connections these characters have (and he nails their voice admirably), as well as on how the plot itself can move forward.

All in all, “Guardians of the Galaxy” #1 is a great start for a series that have, over the last decades, earned a lot of pedigree. The new creative team seems to acknowledge that, but bring to the table their own take and flavor to the team, which makes this a really promising debut.

Final Verdict:: 8.3 – Ewing, Cabal, and Blee concoct a new formula for the Guardians, mixing some of the old with a lot of new, be it on characters relationships or broader story arc implications