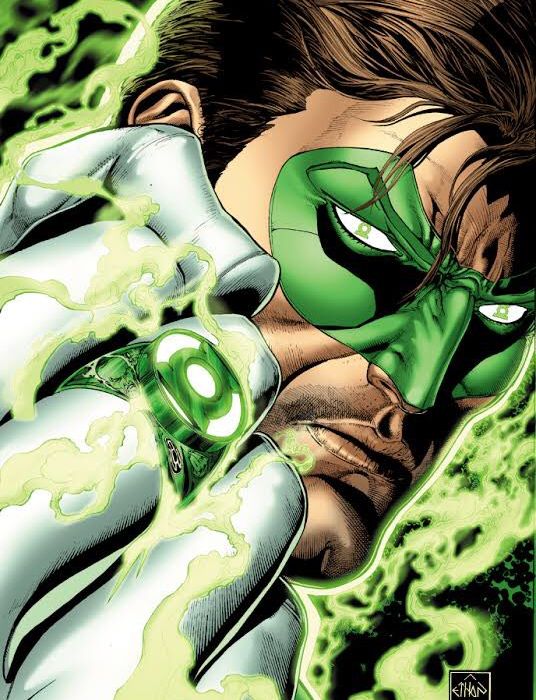 “Hal Jordan and the Green Lantern Corps: Rebirth” #1 is a setup issue made much more substantial by the magnificent art within. Writer Robert Venditti and artist Ethan Van Sciver tease a future on the horizon that is made of grand space opera. 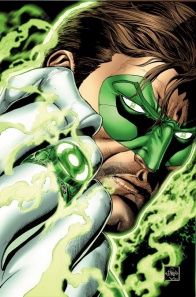 Superstar artist Ethan Van Sciver returns to the world of Green Lantern! In the absence of the Green Lantern Corps, Sinestro and his fear-inducing Yellow Lantern Corps patrol the universe as its sole protectors—but deep in space, a green light still burns. Harnessing the remainder of his will, Hal Jordan must become a one-man GL Corps to defeat his greatest foe and restore freedom to the cosmos.

Epic and significant are two words that first come to mind while reading “Hal Jordan and the Green Lantern Corps: Rebirth” #1. Artist Ethan Van Sciver deserves most of the credit for giving both old and new readers alike an introductory issue that has a stately air of mattering in the grand DC Universe scheme of things. The heroes and adversaries of this space opera are being set by writer Robert Venditti like chess pieces in what appears to be a promising tale of epic adventure amid a large and diverse group of individuals.

Van Sciver brings this epic feel to Venditti’s “Hal Jordan and the Green Lantern Corps: Rebirth” #1 script that transforms a slight introductory story into something that teases just enough to bait us into reading future issues. Hal Jordan has been travelling through space without the aid of the missing Guardians and fellow Lantern friends that are sure to be found in the proper first issue in two weeks. Venditti informs us of what has been going on with Hal, the Lanterns, and especially with the nefarious Sinestro. This “Rebirth” issue has an operatic aura that is made that much more powerful by the widescreen close-ups and larger than life characters that Van Sciver has such fun rendering on the comic page.

Venditti has been writing the adventures of Hal Jordan for a while now and, with this new book, has a chance to test his mettle in juggling such beloved characters as Hal, John Stewart, and Guy Gardner. Although those last two don’t interact with Hal in the issue, this mission statement of a book has great promise for events to come. Venditti knows how to please his readers with a classic oath, glimpses into the minds of classic characters, and ominous omens of tragedies to come.

This “Rebirth” issue’s art is among the best of Van Sciver’s most recent output. His work in the “DC Universe: Rebirth” #1 issue was also impressive and, along with this week’s book featuring Hal Jordan, is comparable in quality to his “New X-Men” run. His distinctive style is much more powerful when it’s detailed and consistent throughout a book. “Hal Jordan and the Green Lantern Corps: Rebirth” #1 is just such a book, with the scene of Hal forging a ring brought to crackling electric life just one of many dynamic parts of the issue’s entirety. His facial work is especially powerful, with Sinestro appearing grizzled and just a tad tired. The villain’s eyes, however, have lightning coursing through them as an omen of things to come.

The use of close-ups and a very widescreen canvass upon which to draw upon are effective techniques in making this issue ooze relevance. Warworld impressively looms over all. A slightly transparent Hal Jordan in his most recent new duds looks like pure green energy. A splash page with Hal and a hammer causes ripples among the Lantern family and only hints at gargantuan galactic events to come. Symbolism is very important to a Lantern world and Van Sciver utilizes these symbols in potent ways. As he has shown in the past, Van Sciver is more than comfortable residing in a world full of Lanterns.

With so many colors on the Lantern spectrum, a talented colorist is integral to a Green Lantern book. Colorist Jason Wright’s color palette is diverse, bursting with energy, and used in intricate ways within a vast galaxy. “Hal Jordan and the Green Lantern Corps: Rebirth” #1 has an especially ethereal moment during Hal’s forging session and the many shades of green lend the scene an appropriately busy air about it. Van Sciver’s pencils are never overwhelmed in this scene or the rest of the issue’s twenty pages. Whether it’s the fiery yellow of Warworld and Sinestro’s Yellow Lantern sunniness or the seemingly myriad amount of green hues throughout, Wright only adds depth and wonder to every page.

Even though not much occurs when it comes to plot, this issue still promises a fun space book to come. Great galactic books are always needed and, with space opera promised within these pages, drama is an element always most welcomed. “Hal Jordan and the Green Lantern Corps: Rebirth” #1 brings the Sinestro and the classic Hal Jordan look back to us. Along with the promised future appearance of so many beloved Lanterns both popular and obscure, let’s hope Venditti can weave an intricate tale full of intrigue and fun during his run.

Final Verdict: 7.9 – Hal Jordan is back in the green and Venditti promises much with this gorgeous teaser of an issue.