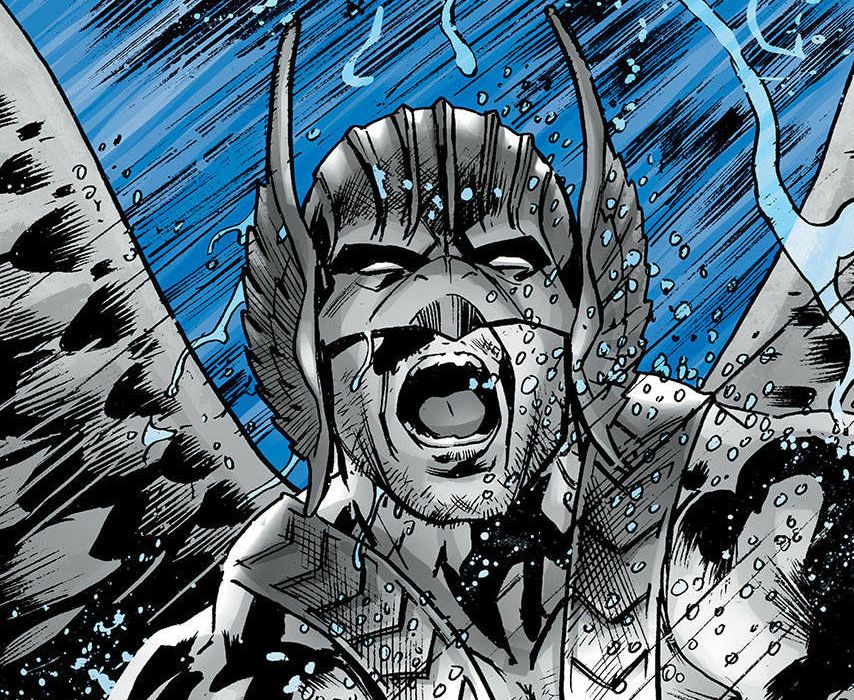 Some series and characters require a certain passion from their respective creative teams. That is sometimes caused by characters that have been overused, or who have been away from the spotlight for too long, or even those, like Hawkman, that are perceived by readers as “too complex” or whose backstories are too “impenetrable.” This is just one of the reasons why Venditti and Hitch, well into their “Hawkman” relaunch, deserve so much praise. 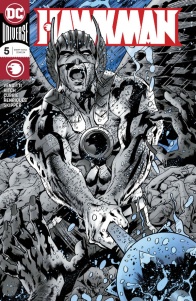 The time-and-space-tossed Hawkman arrives at his latest destination, the sub-atomic world known as the Microverse. Luckily, he meets an old friend there—his longtime Justice League partner the Atom. Ray Palmer learns that the past lives of Carter Hall leave clues for the Winged Wonder to follow. Too bad the next clue leads them to a thinking planet known as Moz-Ga, who’s thinking he’d like very much to destroy Hawkman and Atom!

Since its relaunch, “Hawkman” has been rebuilding Carter Hall’s mythology one piece at a time, while adding interesting reveals and new concepts as it moves forward. This time around, issue #5 celebrates one of comic’s strongest and long-stading friendships – that of Hawkman and the Atom – while using Ray Palmer as a much-welcomed scientist and agent-of-explanation to what has happened so far.

Perhaps even more than the script itself, one area where “Hawkman” has excelled is the diversity of scenarios and situations that artist Bryan Hitch gets to show off. Since the beginning, the series has taken its audience to ruins, the ancient past, technologically advanced planets and beyond. Now, with Carter and Ray exploring the microverse, the artist gets to flex his muscles further into some truly unique landscapes.

Establishing this realm as a diverse universe is something not usually seen in the stories set in this dimension. As a matter of fact, the microverse is not really a place, but rather an entire realm, so each set piece should definitely look distinctive from the other. Here, Hitch delivers in “Hawkman” in spades: while the issue starts in what can be described as the microverse equivalent of a tropical jungle, it later dovetails into advanced laboratories and into some pretty desolate planets that form up this space. The sheer diversity of visuals, scopes and details are amazing to look at and it lets the audience forget that the main heroes of the stories spend all of it pint-sized. Colors by Skipper also contribute to that sensation, with the earlier portions of the issue portrayed in sharp, vibrant colors, while latter ones lean towards greys and heavy shades.

Hitch is equally talented on depicting facial expressions on Carter and Ray. These two are long-time friends, brothers even, and their encounter after years apart was a joy to look at. Right on the opening pages, “Hawkman” #5 quickly establishes that it will focus on their relationship just as much as on moving the plot forward. On other occasions, Hawkman and the Atom get to show their powers in different ways and the combined visual of that once again showcases Hytch’s mastery of visual storytelling, anatomy and pure big-scale adventure.

Over at plot and script, Venditti continues to show his deep appreciation for Hawkman and his vast mythology. “Hawkman” #5 is a bit of a slower issue – especially on its first half – but the reason is a valid one. With so many time-travel and dimension hopping, Venditti was wise to use Ray and his background to shed some light to his friend Carter and to readers alike who’d might be at a loss. It works, by walking that thin line of organic conversation among friends and exposition: on less-able hands, it could have felt like a drag, but here is naturally feels like two old buddies catching up.

When it does ramp up, Venditti does not shy away from big action scenes and innovative use of powers. It was also a nice touch to connect the evolution of the story shown in “Hawkman” #5 with those set recently in the microverse, as narrated on the “Justice League of America” series by Steve Orlando. For fans of those stories, it will be interesting to see some concepts being picked up here and actively influencing the story forward.

As a conclusion, “Hawkman” continues to be one of the best series published by DC as of late, with a laser focus on his lead character and a fearlessness to tackle his often complex and hermetic mythology. By choosing to embrace it rather than gloss over it, Venditti, Hitch and team are being able to tap into a vast number of settings and situations, where anything goes, but still very much linked to a clear mission statement and overarching goal.

Final Verdict: 8.0 – If you enjoy adventures, deep character moments, true friendship and gorgeous art – and who doesn’t? – you should not miss “Hawkman” #5. The paths forward are many and all lead to exciting situations.