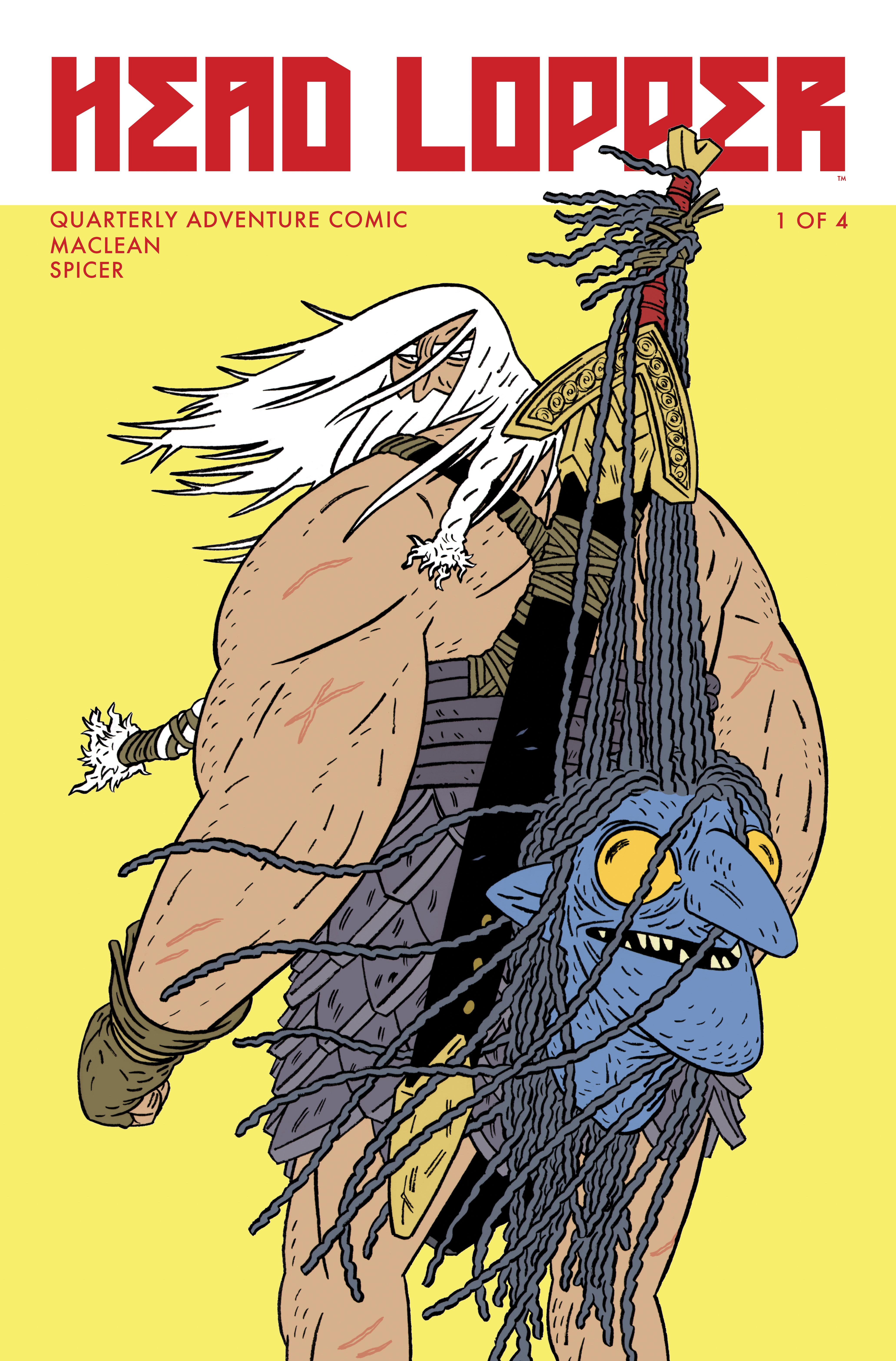 Andrew McClean’s “Head Lopper” has arrived to chop off your block then do other bad things to it. Check out our spoiler-free review below! 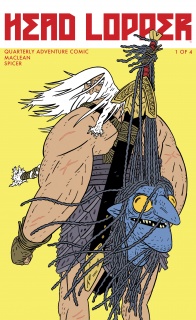 Written and Illustrated by Andrew McClean

After being a favorite among indie comic fans and some really good comic book websites (hey look at that pull quote) “Head Lopper” #1 has made the jump to Image and, in the process, seems primed to be a favorite among fans of swords, sorcery, and tongue-in-cheek humor.

“Head Lopper” #1 actually contains three stories, two of which have been available in the past. These two stories concern the barbarian warrior Head Lopper (actually his name is Norgal thank you very much) as he goes on a Beowulf like crusade against the monsters of the isle of Barra. McClean’s art style seems relatively simple but carries an intense understanding of flow, following Head Lopper (Normal, sorry) as he dashes across sails while trying to decapitate a God of Waresque sea creature. The action is arguably “Head Lopper’s” biggest selling point as SO MUCH of this comic is just badass fighting. If anything, the bloody slaughter that comes about when some huge wolves arrives is probably the book’s highlight.

“Head Lopper” isn’t just blood and guts, however. In fact, the blood actually isn’t terribly graphic even though McClean’s art still delivers the impact of a gory fight. No, “Head Lopper” has a very distinct voice for its characters and knows how to give depth to people living in ancient times without turning them into post-modern caricatures. McClean trusts his readers to pick up on clues, rather than fully explain the intricacies of his world. The child king sitting with his mother is hiding an entire story about absent fathers and dead kings but it’s merely a facet of “Head Lopper’s” world. There’s a ton of potential for the isle of Barra, and McClean’s not going to give it up all at once.

Supporters of the “Head Lopper” Kickstarter may want to know why they should re-purchase the first two issues if they’ve already read them. That’s a valid question, and one answered by the book’s third story which is arguably its best. Part Three deviates from the typical medieval fear the other two stories were running on and introduces an entirely new breed of creatures for Norgal to fight. Imagine the frogs from “Hellboy” combined with your worst nightmare. They’re gruesome. And they also hint towards, again, a greater world than the one we’re reading about that will be revealed in due time.

That said, it is kind of lame that “Head Lopper” doesn’t provide an option to just buy the third part of the story for a price that isn’t $5.99. The other option is to just release #1 and #2 then hope readers remember to come back for #3 so I understand why this decision was made, but it would still be a nice option to just dig into #3. As a complete package, “Head Lopper” #1 is definitely worth the $5.99, I just have to find m nitpicking somewhere.

As has been mentioned before “Head Lopper” #1 is a visual feast that manages to deftly build some characters without sacrificing its tone. The pace suffers a bit from an interlude with the stewards which slowed the action down, but “Head Lopper” is at its best when it’s like a Nordic Samurai Jack. And for the most part, Andrew McClean delivers on that promise.

Final Verdict: 8.8 – If you like sensible and badass bargains slaughtering ridiculous monsters, “Headlopper” is for you. Hell, it’s probably for you if you don’t. It’s just a really fun book.