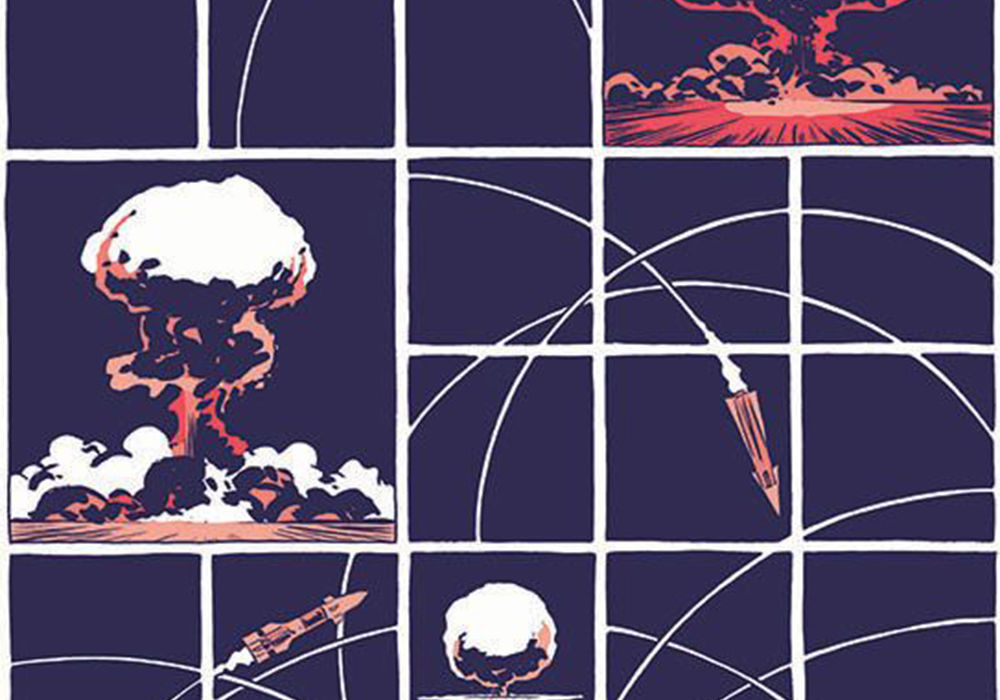 Are comic books a respectable form of art?

Annoyingly, this is a question that comic book creators, readers, and fans have had to deal with for a very long time and the obstacles have been daunting over the years. In the beginning of what we know of as the comic book industry in the late 30’s the medium was plagued with accusations that it was lowbrow, exploitative, simplistic trash that was unfit for human consumption. Burdensome regulations like the Comics Code did not help.

Nowadays, comics are more widespread and accepted by mainstream society than ever. Unfortunately, while certain comic book properties have served as the foundation for some of the most popular movies and shows in pop culture history, there are some who view the medium as little more than testing grounds for market research; moving onto bigger and better things while the books themselves are little more than an afterthought.

The reason I bring this up is because “Hedra” #1 provides definitive, concrete proof that comics don’t have to be cheap trash or simple fodder for other forms of media, and it’s fantastic. 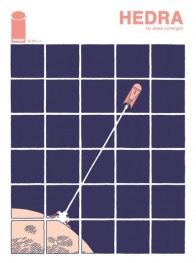 In a glorious exploration of the comics medium with echoes of 2001: A Space Odyssey, Flash Gordon, Chris Ware, and Moebius, a lone astronaut leaves a world ravaged by nuclear war in search of life. What she finds is beyond all explanation.

From the very beginning, “Hedra” #1 feels different from other comic books. While it’s too short to be a graphic novel, it’s too long and too expensive to be a traditional monthly comic book. So the book is already facing something of an uphill battle trying to convince people to pick it up and buy it, so it’s forced to do something exceptional to grab the reader’s attention. That is not the case when it comes to the basic story, which turns out to be very familiar comic book ground. Earth has been destroyed due to nuclear war and a single brave astronaut must journey to distant planets in order to find some way to save Earth and the humans who live there.

The story blends elements from all sorts of science fiction, from the pulpy space adventures of Flash Gordon to a high concept first contact scenario that is reminiscent of 2001: A Space Odyssey. However, just because the plot is fairly straightforward and familiar doesn’t mean it’s bad or find some new creative ground to explore. Lonergan makes the bold choice to publish a comic book with no dialogue and very few words. This forces the reader to pay attention to what’s going on and spend a lot of time thinking and processing the characters, the setting, and the action. Thankfully, Lonergan has a great sense of space, pacing, and character and the comic accomplishes the paradoxical feat of saying a lot without saying much of anything.

If the plot and story are relatively simple and easy to understand, the art is the exact opposite. Lonergan provides the artwork and colors for the book as well and this is where “Hedra” #1 veers into very strange and experimental territory. At first glance, the artwork appears simple, using simple lines, abstract and geometric shapes, and cartoonishly simple character design. But once you take a closer look at the art there are little changes that have a big impact on the story. Rough, primitive, and violent characters have rough, sketchy, and loose artwork with more realistic settings and harsher colors while calmer and more advanced creatures have cleaner lines, more abstract shapes, and more surreal surroundings. They interact and mesh with each other in ways that tell the story better in a few panels than an entire book could in a dozen pages.

But the real genius of the comic comes from the panels and how Lonergan uses the storytelling tools of comicbooks to create a whole new level of immersion and experience. “Hedra” #1 is a masterclass in how to use panel layouts to draw the reader’s eye and move the story along. There aren’t a whole lot of comics that could make a 35 panel grid on a single page work, but Lonergan makes it an incredibly effective storytelling device. Not only that, but the book uses the panels to convey a wonderful sense of time, movement, and scale on a static page. Without giving anything away, there’s a sequence where the main character is flying from planet to planet and the book portrays the journey with a delicate and subtle grace that conveys the motion and intention of the character in a way that is efficient and beautiful at the same time.

“Hedra” #1 is a brilliant comic that tells a great story with no words and elevates the medium of comics to a whole new art form. It will be interesting to see what other creators can learn from this book and apply it to their own stories.

Final Verdict: 9.8- A deceptively simple story meshes with beautiful art and stark colors to create an amazing experimental comic that pushes the boundaries of how comics can tell a story.