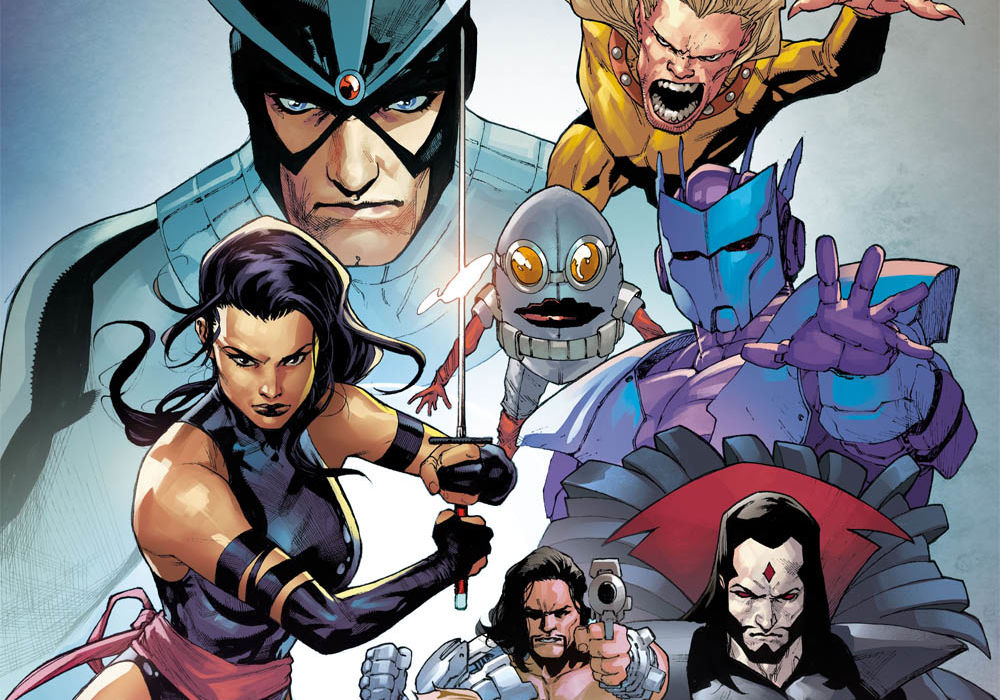 Have you ever wanted to see Scalphunter, Wild Child, Empath, Nanny, Orphanmaker, Psylocke and Havok in one place? Don’t fear because if you are that individual that wanted those specific characters under one roof “Hellions” #1 has you covered. Marvel’s X-Men line is really healthy thanks to the Krakoa status quo established by Jonathan Hickman, Pepe Larraz and R.B. Silva in “House of X” and “Powers of X.” Marvel is no longer afraid to get weird with the various X-Men titles. Enter “Hellions” #1 which welcomes creators Zeb Wells and Stephen Segovia to explore a team of villains in Marvel’s current X-Men continuity. The publisher has struggled to find a place for Psylocke and Havok and now they have their opportunity. This team is also led by the villainous Mr. Sinister. Will Wells and Segovia be able to strike comic book gold with a team of obscure X-Men supporting characters? We’re here to help you find out with a review of the debut for Marvel’s newest X-Team! 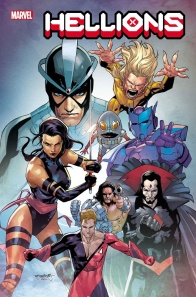 When Krakoa opened their doors to all mutants and forgave all past crimes, they might have known they’d have to accept some of their worst foes into the fold… but they didn’t plan for what to do with them. Not to worry—Mister Sinister knows what to do with the troublemakers. Meet his new Hellions: Scalphunter, Wild Child, Empath, Nanny, Orphanmaker, Psylocke…and Havok?! Under Sinister’s direction, they are sure to become productive members of mutant society. Writer Zeb Wells (AMAZING SPIDER-MAN, NEW MUTANTS) and artist Stephen Segovia (WOLVERINE: MANIFEST DESTINY, SUPERIOR CARNAGE) bring you the team you’re going to hate to love!

Marvel is desperate to expand the X-Men franchise with new characters and ideas. You could make the argument that “Hellions” #1 pushes the Krakoa-era of the title too far, however, you would miss out on some interesting writing from author Zeb Wells and beautiful art from Stephen Segovia. Wells extends the world of Krakoa to accommodate the seedy Marvel Mutant underbelly to bring in a team of villains. There’s plenty of rich characterization here and Wells lends a particular focus to the fascinating Summers family lineage. Marvel makes a lot of connections between these characters that I wasn’t expecting to see in the issue.

Wells builds off the idea that Krakoa is a place for all mutants and shows how The Quiet Council reacts to the formation of the team. Thanks to the clear focus of the title and sleek art from Segovia, I get the feeling that Marvel has a stronger mission statement for the formation of the team. The X-Men villains and fallen heroes make up the circle of judgment which draws a fascinating parallel to DC’s “Suicide Squad.” Marvel’s attempt at a dark solo series with Psylocke who is getting tips from Mr. Sinister was woefully underdeveloped in “Fallen Angels.” In “Hellions,” Psylocke feels better fleshed out and the scenes with The Quiet Council better establish Mr. Sinister’s direction for the team.

Artist Stephen Segovia is a good match for the X-Men’s current aesthetic in the Krakoa approach to the line. Segovia draws clear figures and follows the pencils from the main “X-Men” artist Leinil Yu closely. While the characters are drawn clearly and are easy to identify, I’m lacking some of the big expressions I want to see from these villains. Segovia does a great job laying out each page of the issue. There are intriguing panel bleeds that make it easy to follow the story from page-to-page. Segovia also does a solid job making sure that the occasionally wordy script does not appear verbose. The structure of the dialogue on the page isn’t quite so daunting when figures like Mr. Sinister are drawn so clearly in the issue. the problem is how stiff the characters are standing on certain pages. I have a hard time believing that Nanny and Orphanmaker would be neatly standing among the rest of the team with perfect posture.

One of the best parts about Wells approach to “Hellions” #1 as well as the Krakoa-era X-Men as a whole is how the publisher seeks to utilize previous continuity. Havok’s current mental state looms over the background of the issue like a dark cloud which was informed by previous stories. The relationship between Psylocke and Sinister from “Fallen Angels” is also hinted at here. Also, getting a chance to see insane characters like Scalphunter and Wild Child potentially redeemed is fascinating. The cliffhanger for the issue subtly builds upon everything previously established in continuity as well. I also can’t help but stress how important it was that Marvel establish a solid reason for the team’s existence. This group of oddball villains may not be the flashiest X-Team around but I get why they are sharing a comic book together.

“Hellions” #1 could have gone very wrong but Marvel’s focused script and sleek artwork for the series make the title incredibly easy to read. Fans who are devoted to Krakoa are going to get something out of this comic book. Readers who are new to X-Men may have a hard time connecting with this team of rogues. It would also be difficult for me to hand this to someone who has never read a comic with the current X-Men status quo. Also, I wouldn’t recommend this title over books like “Mauraders” or “X-Force” unless there was an unthinkable cliffhanger or shift in “Hellions.” Overall I think this is a formidable comic for readers who are already invested in the current X-Men world. I’m glad to see Psylocke earn a role of leadership. This comic book is loaded with interesting text pages and subtext. The best compliment I can provide to “Hellions” #1 is that it feels like a natural extension of ‘Dawn of X’