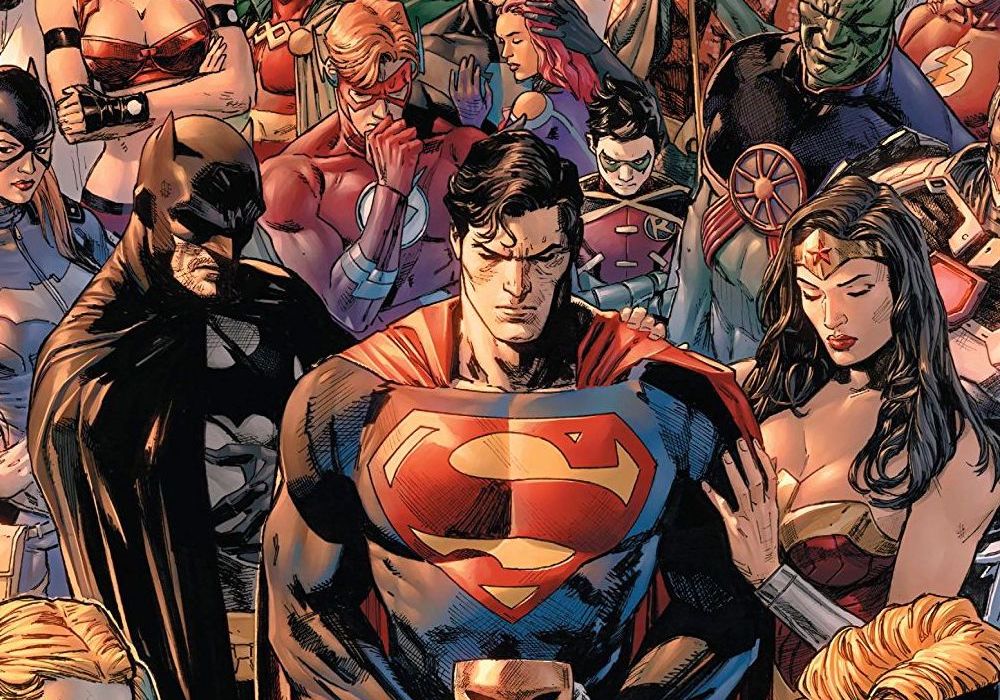 What impact does the violence that superheroes see everyday have on their well-being? Tom King’s “Heroes in Crisis” confronts this question. It’s a question that’s been asked before, but it’s refreshing to see it done without engaging in a complete deconstruction of the genre. This review contains minor spoilers. 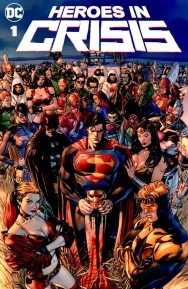 There’s a new kind of crisis threatening the heroes of the DC Universe, ripped from real-world headlines by C.I.A.-operative-turned-comics-writer Tom King: How does a superhero handle PTSD? Welcome to Sanctuary, an ultra-secret hospital for superheroes who’ve been traumatized by crime-fighting and cosmic combat. But something goes inexplicably wrong when many patients wind up dead, with two well-known operators as the prime suspects: Harley Quinn and Booster Gold! It’s up to the DC Trinity of Superman, Wonder Woman and Batman to investigate—but can they get the job done in the face of overwhelming opposition?

‘I’m Just Warming Up’ opens with a new status quo for many characters in the DC Universe. Sanctuary is a secret therapy center, established by the “DC Trinity” in the Great Plains of the United States. It’s a place for heroes to find help healing from the psychological trauma they encounter every day. As the story unfolds, we see that the hospital was busy, and a lot of the characters we’re familiar with were suffering.

But we still see enough of the “DC Trinity” to recognize the characters we know and love. Superman flies to Sanctuary at super-speed and so heartbroken at the carnage that he stumbles on his words. Batman is the cold detective, telling Superman not to disturb the crime scene, and then sinking into cynicism as he stands in the midst of the carnage. It’s only Wonder Woman that has the compassion to close one of the victim’s eyes.

But Booster Gold and Harley take center stage in the first issue of “Heroes in Crisis.” Their opening scene is masterfully staged and a remarkable example of how well King and Mann work together. Booster’s eyes stay down, directed at the lunch counter, even as he talks to the waitress as she pours his coffee. He’s troubled, and with his costume being scuffed and torn we know right away that something is off. Harley arrives, and she is in even worse shape. But that’s on-brand for her. It’s Booster’s reaction, quiet resignation, that tells us that something is deeply wrong with him.

Harley quotes Freud to Booster, and establishes the theme for “Heroes in Crisis.” Freud describes the impact of the therapist’s work has on himself when he “conjures up the most evil of those half-tamed demons that inhabit the human breast.” It’s a fitting reference for Harley, and she’s referring to herself when she shares it. But it applies to any hero that confronts evil on a near-daily basis. Any hero – not just a hero clad in spandex or a tiara.

This story is set in the Great Plains of the United States. Mann reminds of this several times with wide images that convey how vast and open the region is. Superman is a red streak, racing across the title page. Under him is a double splash of fields with “Heroes in Crisis” spelled across them in shadows. The entrance to Sanctuary is a small farmhouse That stands alone in the middle of one of those fields. Superman flies down, and we see the carnage spread in front of the house. It’s hard to not think of the plains as empty as he kneels over one body and they stretch out behind him.

Morey’s colors compliment Mann’s “big sky” setting. The sun shines off-panel in the title page, so the “Heroes in Crisis” shadow makes sense, and your eyes are drawn to it. The position of the sun even remains consistent with the title page when Superman slows down and flies to Sanctuary. Booster’s diner is bright and cheery, and the eye-catching tile floor reminds us of where we are during his fight with Harley.

King breaks up the action by showing us therapy sessions with patients in Sanctuary. Depending on the subject, they either tell us where the players in the story’s heads are at, or they tell us something about the victims at Sanctuary. But the conversations are a sequence of nine panels, staged like mugshots. Only the subjects speak, and it’s clear that we’re seeing a therapy session, but the staging puts the heroes on the spot. They bring a criminal questioning to mind.

‘I’m Just Warming Up’ has a large body count. High enough that I’m not sure where the story is going with it. While a couple of the casualties are what we might call “minor” players, but others are not. Comics being comics, it’s not unusual to think “Well, that can’t right,” or “How are they going to undo that one?” Unfortunately, I’m already there with this story.

But, this is a story about how trauma affects heroes, so it has to open with trauma. The DC Trinity arrive at Sanctuary and what they find is the kind of scene that one never gets used to. So, it’s fair to say that while it may seem gratuitous, it’s in service to a larger story. The “interview” scenes put the focus on how the “minor” characters in the DC universe are impacted by trauma, but what about the “big three?”

I don’t pay a lot of attention to alternate covers (comics are for reading!) but I noticed that one of “Heroes in Crisis” #1’s covers depicts the ‘Death of Superman.’ Being beaten to death (while beating someone else to death) has to take a toll. So would having your spine shattered, and adopted son killed, or learning that most of what you remember as your past never happened. Will we examine the effects of PTSD on the “DC Trinity” too? I hope so.

Final Verdict: 9.0 – “Heroes in Crisis” #1 meets and surpasses its hype with an engaging story and beautiful art. This one belongs on your pull list.