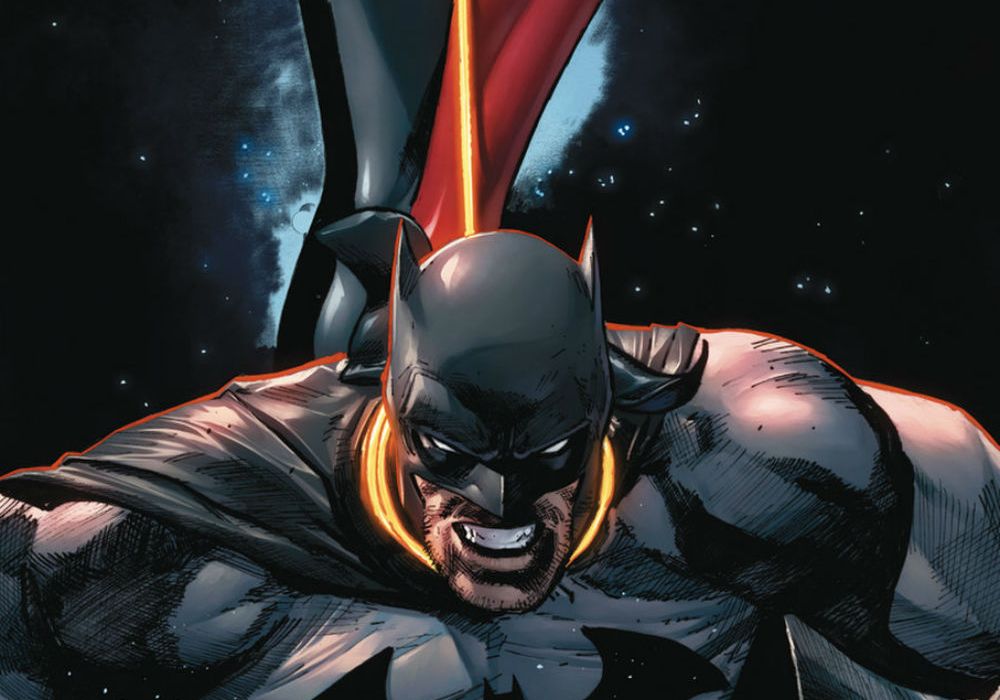 A good murder mystery usually presents some core components to lure readers in and to keep them invested throughout the narrative. A complex, often impossible, situation. Suspects and suspicious events. An underlying theme, that seems to be just background noise and pervasiveness, until it raises its head as something more crucial. “Heroes in Crisis” #2 does all of that, and then some, in what may seem like filler upon first examination, but reveals much more upon a deeper review. 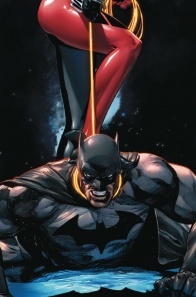 Suspected of murder, [REDACTED] and [REDACTED] find themselves on the run from the super-hospital called Sanctuary -with each thinking the other one is the real killer! It’s up to Batman to solve this heinous crime, but suspicion falls on him when Superman and Wonder Woman ponder just how much Sanctuary’s A.I. is telling them. Meanwhile, [REDACTED] tries to make a shady deal to hide from the Trinity, while [REDACTED] searches out an old friend to help him out of this mess-and only gets deeper in trouble.

So much media coverage has examined “Heroes in Crisis” through the lenses of which characters will die and why they have met such demise that, perhaps, the core underlying themes have been delegated to second fiddle. What is most curious about this second issue is that the murder mystery aspect of this series might be, unto itself, the smoke screen for something much larger and encompassing. There will be no spoilers on this review, but even the discussion of some of these topics might be rather averted before the issue is read.

Before going into those discussions, if there is anything undeniably clear about “Heroes in Crisis” is the quality of its art. On this second issue, it’s mostly by Mann but supported by Moore. First of all, there is a certain pace and intentional brakes on the narrative that read and feel very much like an opera with its tempo and innuendos. Wider shots and open angles, dramatic action sequences are either preceded or followed by firm 9-grid pages where individual characters are, for lack of a better word, examined. The style shift is so jarring, so effective, that the audience will pull their breath in, aware that what will follow will surely astound.

When the art does open up, it offers some truly remarkable visuals. From a truly creepy Penguin, to a dramatic sequence featuring one of the many speedsters running around the DC universe, Mann and Moore examine how to best deliver each situation with the right angle, viewpoint and level of detail. If the interior to Penguin’s lair seems cluttered and polluted, the open vistas where Booster Gold roam are anything but.

Facial expressions, especially on the quieter moments, set in the recent past of Sanctuary, are also a treat. Mann had already done something similar back in the “Batman” series, on the issues where Clark, Lois, Bruce, and Selina spent time knowing each other and interacting. In “Heroes in Crisis,” those moments are even more crucial to the larger story, as subtle hints, reactions, and emotions will most definitely play into solving the mystery as the series progresses.

Morey and Prianto on colors, beyond contributing to the same tone and pacing, raise the stakes further in one area in particular, that of reflection, lightning and textures. It may seem subtle on some pages (like the reflection on Commander’s Steel uniform) or more grandiose on others (like the speed force later down “Heroes in Crisis” #2), but is constantly adding layers to the story and building into a real-like world.

On to King’s script, if one aspect must be highlighted is how well he uses unreliable narrators. At first, this is more obvious with Harley and Booster Gold but, gradually, the writer drops hints that the entire ordeal, the entire plot, rests in the shoulders of heroes that are either in extreme pressure or suffering from situations that are dubious at best. King cleverly includes nods to these situations and, after a second read-through, it genuinely feels like a different experience to the reader.

His dialogue remains on point for “Heroes in Crisis:” every character is very nuanced and consistent with past behaviors and interactions. The actions that dovetail from that are just as coherent which, unto itself, is also a critical component of a good murder mystery. If readers feel they are being cheated, or that a specific attitude or secret will be sprung on them without due notice, the whole exercise of solving the conundrum becomes a fake-out. While still early to flag it on safe grounds, so far the story reads like an iceberg being slowly revealed by a receding water level… rather than a completely alien vessel hidden within said iceberg.

As a conclusion, “Heroes in Crisis” can already be counted as one of the most beautiful series of 2018 with just enough groundwork to earn it the benefit of the doubt that a deep, consistent story is intentionally hidden within. Rather than focusing on death and mayhem, it honestly starts to discuss far more interesting topics – and everlasting ones.

Final Verdict : 8.6 – A murder mystery is as good as the pace of its reveals, the respect to reader’s intelligence, and the underlying theme that makes it relevant. So far, “Heroes in Crisis” earned its keep as a story to watch.