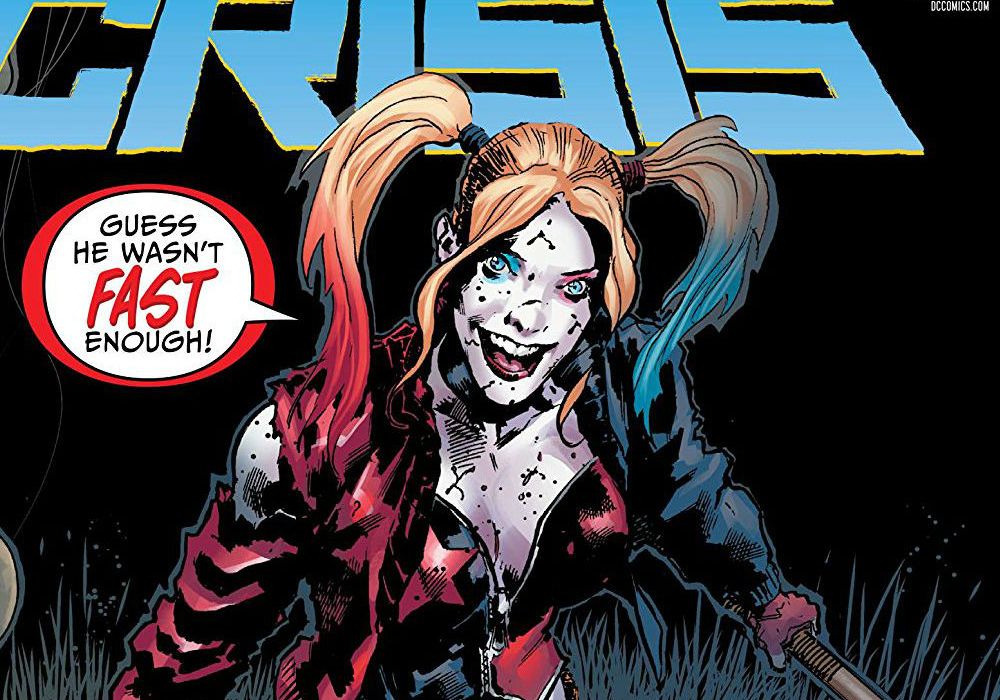 When the title was first announced, I had no doubt that I would love “Heroes in Crisis.” Not to knock his ongoing work, but Tom King seems to really shine when writing a limited series. “The Sheriff of Babylon” and “The Omega Men” were both met with critical acclaim. The 2017 Eisner Award for Best Limited Series went to “The Vision” and his work on “Mister Miracle” helped earn King the 2018 Eisner Award for Best Writer. With a rock solid art team by his side, it looked like this limited series would be just as good. 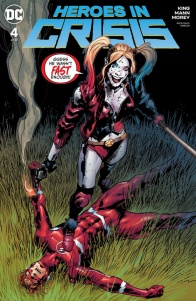 Written by Tom King
Illustrated by Clay Mann
Lettered by Clayton Cowles
Colored by Tomeu Morey
Wonder Woman versus…Booster Gold?! Diana finds out the hard way that Booster can be a formidable opponent when his back’s against the wall. Of course, being the prime suspect in a superhero massacre and exposing a secret trauma hospital for metahumans will do just that. Meanwhile, Batman and the Flash combine their detective skills to investigate what went awry at Sanctuary and uncover a serious glitch in the system—not to mention an explosive, spoiler-ific secret!

This is about the halfway mark (the fourth of nine issues) and so far, “Heroes in Crisis” has been a mixed bag. There are good ideas in “Heroes” for sure. Sanctuary, a secret mental health facility for superheroes, is an amazing concept. A miniseries exploring PTSD and the mental health of heroes is a great idea. The murder mystery plot has hindered more than helped though, overshadowing the aforementioned positives. Then again, maybe it would go down smoother if the murder and death wasn’t so, let’s say, excessive.

Comic book death can be hard to take seriously when the afterlife comes with a revolving door, but a kill count well into double-digits is too much. This series doesn’t seem interested in dealing with all that death with much respect to the characters either. Solstice, one of DC’s few Indian superheroes, bit the dust off-panel. The cover of this issue has Harley Quinn standing over and mocking a dead Wally West (the same Wally that DC was proud to bring back when Rebirth kicked off). The cover for #7 has already been met with some controversy.

This issue continues to center on the Trinity’s murder investigation into the two main suspects, Booster Gold and Harley Quinn. While the League is unsure of who did it, both suspects go on the run with the help of an ally. For Booster, it’s Blue Beetle. Batgirl, surprisingly, comes to Harley’s aid. While Ted Kord’s ‘bros before heroes’ mentality makes sense, Barbara’s reasons for helping Quinn are pretty shaky. Maybe I missed something, but I’m not buying that Batman thinks Barbara Gordon is pitiful or broken. There’s no doubt that Bruce is haunted by the events of “The Killing Joke” (he’s literally haunted by everything) but he’s shown the utmost respect for Batgirl. Meanwhile, Lois Lane reports the story before someone else can with less restraint. Yet again, the murder mystery remains one of the book’s weakest elements.

The best part of “Heroes in Crisis” #4 is what’s happening on the edges of the story with the secondary characters. The opening with Donna Troy helping a drunken Tempest and her ‘meta’ Sanctuary confessional was a small but intriguing character moment. Black Canary’s anger over the loss of Roy and her refusal to participate in a confessional was funny in just the right way. Ted Kord’s confessional was genuine and heartfelt while Batgirl’s is effectively somber with just two words. That minimalist dialogue doesn’t always work though. Throughout #4 it can be stilted and repetitive. Characters often say the same thing over and over. When Blue Beetle and Booster talk, they go back and forth with some variation of ‘do it’ or ‘did it’. King frequently uses ellipses to insert pauses too. In moderation it’s irrelevant but it’s quite noticeable here.

The artwork has been strong throughout “Heroes in Crisis.” Lee Weeks was impressive last issue and overall, Clay Mann is as well in this issue. The fight scene between Batgirl and Harley in the hall of mirrors is visually engaging. It’s funny to see Ted Kord completely unfazed by an explosion while Booster freaks out. It’s even funnier to see Wonder Woman flatten a Batmobile with the giant penny. Mann draws heroes small to convey the magnificence of their surroundings many times to great effect. There’s Canary and Green Arrow standing cliff-side, the Trinity in the Batcave or Batman and Flash in the middle of a wheat field. The spread of a modern Donna Troy carrying a drunk Garth over her shoulder in contrast to the giant, graffiti-ed wall of the smiling original Teen Titans stands out. However there were one or two moments where the art was noticeably oversexualized. I might be overthinking the panel where Batgirl and Harley embrace with Quinn’s rear prominently displayed. However, the full page of Lois Lane in her underwear and a pin-up pose was completely unnecessary and also undercut a somber moment between her and Clark.

Save for one or two pages, this issue succeeds visually. The plot gains a little momentum and the fallout of the Daily Planet article will admittedly be interesting to see. “Heroes in Crisis” #4, along with the previous issue, is definitely an improvement over the first two. However, it still continues to underwhelm.

Final Verdict: 5.5 – “Heroes in Crisis” should focus less on murder mystery and more on…well, the heroes in crisis.