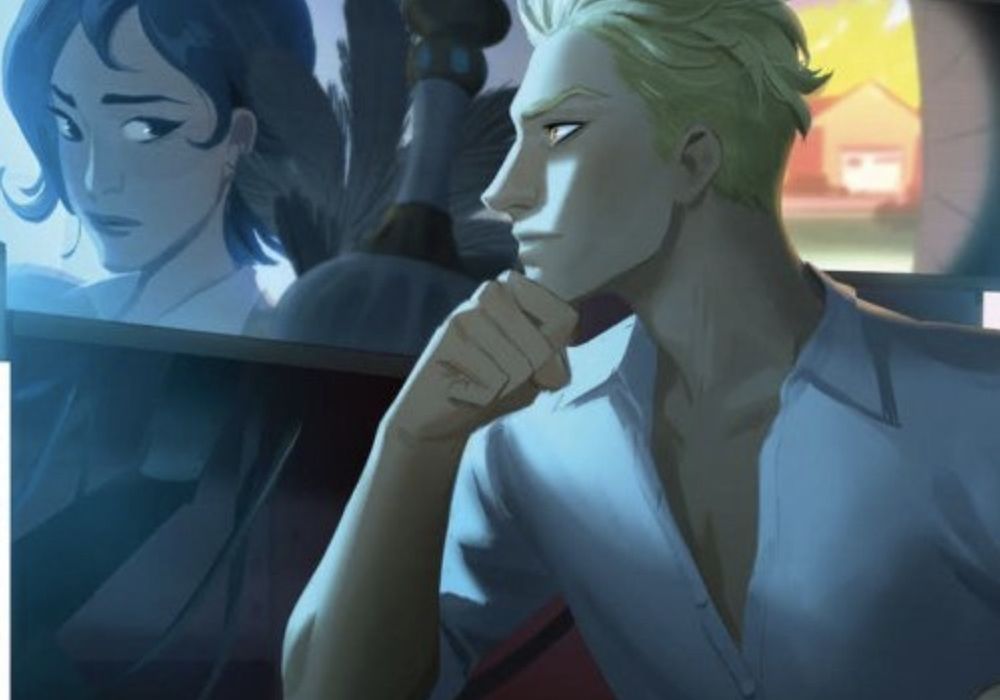 “Hex Wives” #3 sees the coven on the precipice of of a revelation, with some mixed results. 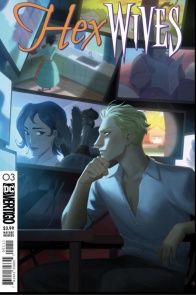 At last, Izzy learns the truth about herself and the other women of Desert Canyon, but it will take more than self-awareness to break the spell cast on the neighborhood.

Secret passages are explored, picnics are foiled and blood is let – but there’s still something about “Hex Wives” that doesn’t land for me. Coming off a strong second issue that included one of the most nuanced and disturbing sex scenes I’ve ever seen in a comic to date, the intro pages in issue #3 promise a narrative control that unravels pretty quickly.

For one, there are too many characters to track, and while I think Blacker is going for intentional claustrophobia given the current plot and themes of the series, there’s one too many faces right now. As a result, the dips into character development run a little shallow. Similarly, Blacker’s hitting too many plot points in this issue. Izzy’s big time revelation at the beginning has to fight with the men’s machinations, the fire and the aftermath. There’s also an odd imbalance in the extensive spreads depicting the men in the bunker eavesdropping on the women’s domesticity. Pulling perspective away from both the women and Aaron makes the issue feel cluttered. I think the intention here is to showcase the banality of it all, but it doesn’t quite work. And, a smaller quibble: slang never reads well in comics for me, and the tech nerds telling each other to “Chillax” is painful in the wrong way.

I don’t usually ding a comic for its plot choices, per se, but the omnipresent threat of the fires is an odd one. The fires should function as a literal and metaphorical containment force (they are witches, after all), but instead they seem a little ridiculous as they hardly impact the community’s daily lives. I find it hard to believe, especially as a Californian who’s lived through two of the worst fire seasons we’ve seen in our state’s history, to buy that there’s absolutely no physical effects on the neighborhood. It’s hard to suspend my disbelief here, even considering Blacker’s telegraphing that there’s something more going on. Maybe it’s magical fire, or maybe Blacker has plans for the device beyond the brutal, clearly fake and oddly corny human barbeque at the end of this issue, but as it stands it feels forced and artificial in a bad way without any insight into how the sausage is made. So to speak.

Craft-wise, this comic is a workhorse. The art is consistent and enjoyable. Andolfo nails both facial expressions and grueling domestic normalcy with ease, and the aforementioned double spreads function well visually to help break up some of the Stepford monotony. While I question their inclusion as story elements, they’re carried off well thanks to Andolfo’s character designs and careful detail. Louise’s palette is superb and finely detailed, down to the sickly daytime tones as the neighborhood outing comes toe-to-toe with a quite literal barrier. Both Isadora’s nighttime explorations and the fiery climax demonstrate the same level of attention to detail to unifying colors and textures. Issue #3’s cliffhanger ending sports a nice dose of red, as well, which is a welcome callback to the brutality of the first issue.

Reed’s lettering is surprisingly delicate and spare. The hand-drawn balloons appear uniform from a distance, and thin tails complement the rising tension throughout the issue. Reed’s work is subtle enough to achieve this and, weirdly enough, lend some order to the chaotic fire scene and the denouement. It’s a fine and very difficult balance to strike.

While the craft of “Hex Wives” is up to snuff, the plot jumble in issue #3 is not. Blacker’s choices (including the idea that someone can trip and cut the head off a cat) don’t just make the women of the neighborhood seem cursed, or under magical sway. They make them seem legitimately stupid, and while some of the conditioning that runs through the series is carried off well, Blacker’s carefully constructed surreal mood fails a little in this issue. I’d need a little more of Aaron and the boys’ mysterious power revealed at this point to justify the increasingly complex machinations they go through to keep these powerful, immortal killing machines contained, and it’s just not there right now.

Sequential storytelling can be frustrating as much as it can be delightful, because this could all be remedied in the next issue or it could all completely unravel from here. Perhaps this is just a speed bump, or perhaps it’s a portent of a story that’s got out ahead of a writer’s grasp. It’s impossible to predict, so we’ll just have to keep reading and see.