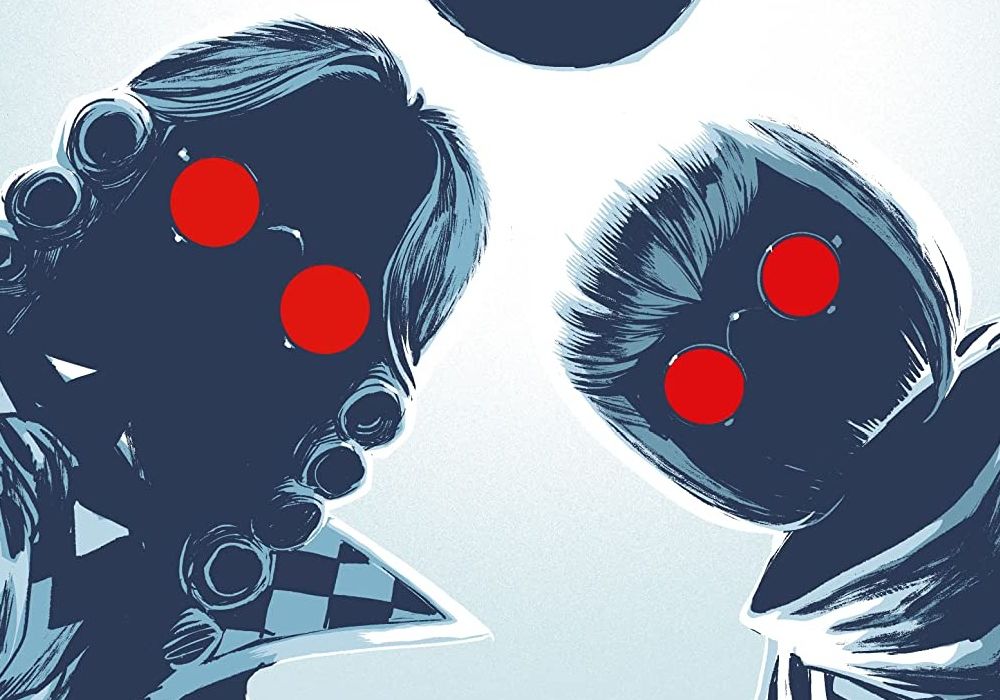 Folks, I’m not going to lie. The world is pretty scary right now and while it will get better, it looks like we’ve got some time before that happens. Honestly, it’s kind of surreal seeing a literal comic book plot play out in real life but if there’s one thing I know, it’s that the artistic medium and fans that I’ve come to love over the past decade will pull through and come out of this stronger and better than ever.

Stay safe, stay indoors, keep reading, keep creating, and watch out for each other.

In the meantime, here’s a book about magic and the end of the world. 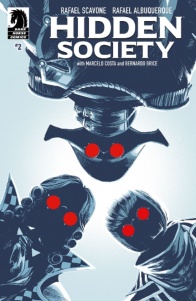 A new series from Rafael Albuquerque and Rafael Scavone, the team behind Neil Gaiman’s A Study in Emerald!

After assembling the last stand between humanity and a primeval world-killing serpent god, Ulloo the wizard leads the heroes of the Hidden Society to Europe where they must stop a group of nihilist warlocks from waking the serpent beast from the bowels of the earth.

“Hidden Society” #2 opens with a three page exposition dump about an all-consuming evil that threatens the world and the society of magic users assembled to stop it. Naturally, that same great evil is on the rise again thanks to a group of wicked and nihilistic wizards called The Siblings of Nihil and it’s up to a rag tag group of magic users to stop it.

Writer Rafael Scavone does a great job of laying out the rules and backstory of his world and it’s very nice to see a second issue that doesn’t leave its readers in the dark and works to build its audience beyond any hype that was generated from its first issue. “Hidden Society” #2 is a very well organized comic that gives each of the characters time to showcase what they can do, what they want, and demonstrate how they play off each other in times of peace and times of crisis. The upside is that this allows the reader to get a keener understanding of each character and decide which one is their favorite. The downside is that the business-like approach of the comic means that it moves at a blistering pace and doesn’t leave a whole lot of room for spectacle and grand moments that could really capture the reader’s attention. It’s an understandable move since this is a portion of the story that explains what’s going on, moves the pieces around a bit, and points the main characters to where they need to go for the next issue; it would just be nice to allow the comic to breath a little bit and allow its setting to generate a sense of awe.

Speaking of awe, part of the reason why the rapid pace of the comic is a bit of a disappointment is because the art work and colors of “Hidden Society” #2 are fantastic. The art comes courtesy of industry veteran Rafael Albuquerque, who is producing some of the best artwork he’s done since American Vampire. The comic has a beautiful blend of old world Victorian aesthetic mixed in with modern clothing and settings and a tinge of an otherworldly fantasy setting filled with monsters and demons. This blend of styles extends to the character design and Albuquerque’s drawings imbue each of the characters with tons of meaning and allow the reader to infer a lot about each of the character’s backstory and emotional journey without spelling it out. The best example of this would probably be the main villains of the series: The Siblings of Nihil. They have this dark and imposing 18th century aesthetic with no faces and large, round, and red eyeholes that gives them a dark and dispassionate feeling that will immediately make you feel uneasy. On top of that, Albuquerque’s pencils are incredibly expressive and when the comic zooms in for a close reaction shot, the character’s emotion is plain to see. This is a comic that understands that the art is just as important in telling the story as the script, and the art does its job fantastically.

Special mention goes to the colors on “Hidden Society” #2 as well. Colorist Marcelo Costa does a fantastic job of using his craft to enhance and expand the story and is the highlight of the entire issue. Costa demonstrates the visual nature of comics by filling the book with tons of bright and gorgeous colors. The settings are dominated by soft golds and browns, the villains have a harsh and cold black and white aesthetic with hints of icy blues and greys, and when the characters dip into the world of magic the comic is filled with bright neon blue, green, and magenta. While the pencils make the comic a better story, the colors make the comic a treat to look at.

“Hidden Society” #2 is a comic developed, written, drawn, and colored by industry veterans who are clearly passionate about this project and the medium of comics in general. While this particular issue does suffer from the fact that it’s the second issue in a larger story, which gives it a business like tone and pace, it’s still an intriguing world with a beautiful aesthetic filled with engaging characters that readers will absolutely enjoy.

Final Verdict: 8.9- While the rapid pace doesn’t really allow readers to sit back and enjoy the story, it is a rare second issue that serves as an effective jumping off point for the entire series for new readers.