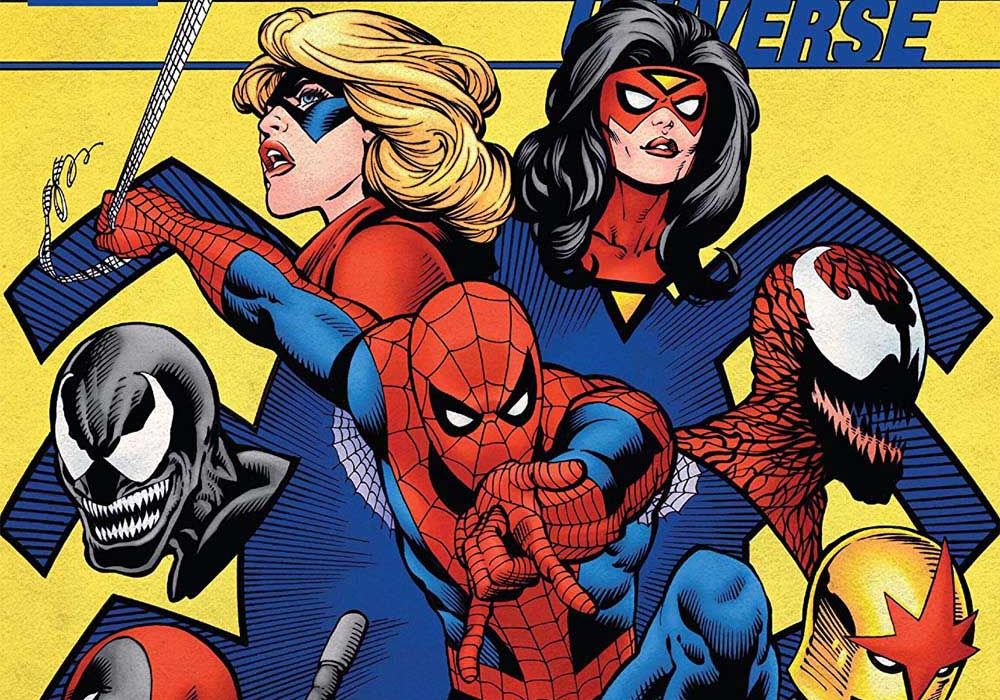 At the risk of sounding incredibly elitist, “History of the Marvel Universe” #4 is the kind of book that should appeal to two types of people: the die hard Marvel nerd and the complete novice that knows nothing about Marvel history and lore but wants to learn.

As a result, your enjoyment of this book is going to depend entirely on your attitude towards comic book lore and your patience for its long and convoluted history.

Personally, I love this sort of stuff. 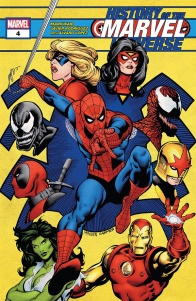 After the first few pages it becomes quite apparent that ‘History of the Marvel Universe’ series is basically a glorified encyclopedia that simplifies and streamlines the entire history of the Marvel Universe into an easy to understand format for fans to pour over and enjoy. It even has annotated section in the back where it discusses each of the events described in the book in greater detail along with the proper titles and issue numbers where each event takes place. More specifically, “The History of the Marvel Universe” #4 talks about many of the important Marvel events that took place in the late 1970’s all the way through to 1996. Essentially, it starts with ‘The Dark Phoenix Saga’ and end at ‘Onslaught’.

Still, “History of the Marvel Universe” #4 does do a bit to distance itself from the idea that it’s essentially a giant Wikipedia article that you have to pay for. There is a pretty clever narrative framing device in the beginning of the issue, where Franklin Richards and Galactus are waiting for the world to end and Galactus is recounting the story of the universe from beginning to end while waiting for oblivion. On one hand, Galactus isn’t the best storyteller; he does skip over a ton of detail in favor of blazing through story events that took years to develop in a matter of seconds. On the other hand, Galactus wasn’t the kind of character that focused on tiny little details all that much, and it’s interesting to see one of the most powerful characters in all of popular culture look and sound so old and tired.

So since the narrative framing device is incredibly simple, and since “History of the Marvel Universe” #4 is committed to simply recounting and listing the events of other stories, it’s nearly impossible to judge the writing of this book on its own merits. Instead, we have to judge the book on how well it knows its history, and if there is any comic book writer that is up to the task of processing and presenting the history and lore of an entire comic book publisher it’s Mark Waid. Waid has made a name for himself as one of the pre eminent experts on comic book lore and tiny little details that he loves to include in his writing. Granted, the encyclopedic nature of “The History of the Marvel Universe” #4 doesn’t allow Waid to unleash his formidable writing talents to their fullest extent—this isn’t as good as some of his other works like ‘Kingdom Come’—but it’s still very clear that Waid has a love and passion for this medium and all the crazy stories, characters, and ideas that Marvel has spawned over its eighty year history.

Also, credit must be given to the extensive research and editorial team that gets a well deserved credit at the beginning of the book. It takes a lot of time and patience to pour over the thousands of books that Marvel has published over the decades and coping with changing times, tastes, and consumer habits that have shaped and changed the way comics have been read and enjoyed.

And then there’s the art, which is the real reason why “History of the Marvel Universe” #4 is so special and why it deserves to be treated as more than a glorified Wikipedia article. The pencils and colors come courtesy of Javier Rodriguez and it is clear that he is pouring his heart and soul into each page. Rodriguez has the daunting task of condensing entire storylines and dozens of character introductions into single pages of artwork, which he accomplishes by keeping the panel count low and making each page a gorgeous abstract collage of color, character, and action. Page nine deserves special mention because it allows Rodriguez to cram in the death of Elektra, Monica Rambeau becoming the new Captain Marvel, James Rhodes becoming the new Iron Man, and Beta Ray Bill becoming a new Thor in four narrow panels while incorporating each of these new characters in such a way that it looks like they’re just one person. Trust me, it makes sense when you look at it.

On top of the fantastic page layouts, there is some wonderful coloring work and extensive research into the character designs and styles of all the disparate Marvel heroes that does an amazing job of combining the old with the new. The art acknowledges that times and artistic tastes changed from the 1970’s to the 1990’s, and while Rodriguez doesn’t highlight the artistic differences that much, he does do a great job in capturing the differences in tone and emotion that separate the 1970’s Avengers from 1990’s X-Force. As for the coloring, Rodriguez gives the book a rich and highly saturated color palate that makes each of the characters pop and makes the book feel like it’s something special.

“History of the Marvel Universe” #4 is a beautiful and incredibly well researched homage to two decades of Marvel history during a time period that saw Marvel produce some of its greatest stories and its greatest characters. While there is sense that the writing could have told an actual story, this comic does a fantastic job of recounting and streamlining the long and convoluted history of some of the greatest modern superheroes ever written.

Final Verdict: 8.7- A very slim narrative frame paves the way for an epic recounting of twenty years of Marvel history and lore, all of which is enhanced by some incredibly gorgeous art work that gives these events the epic and grandiose scope and scale they deserve.