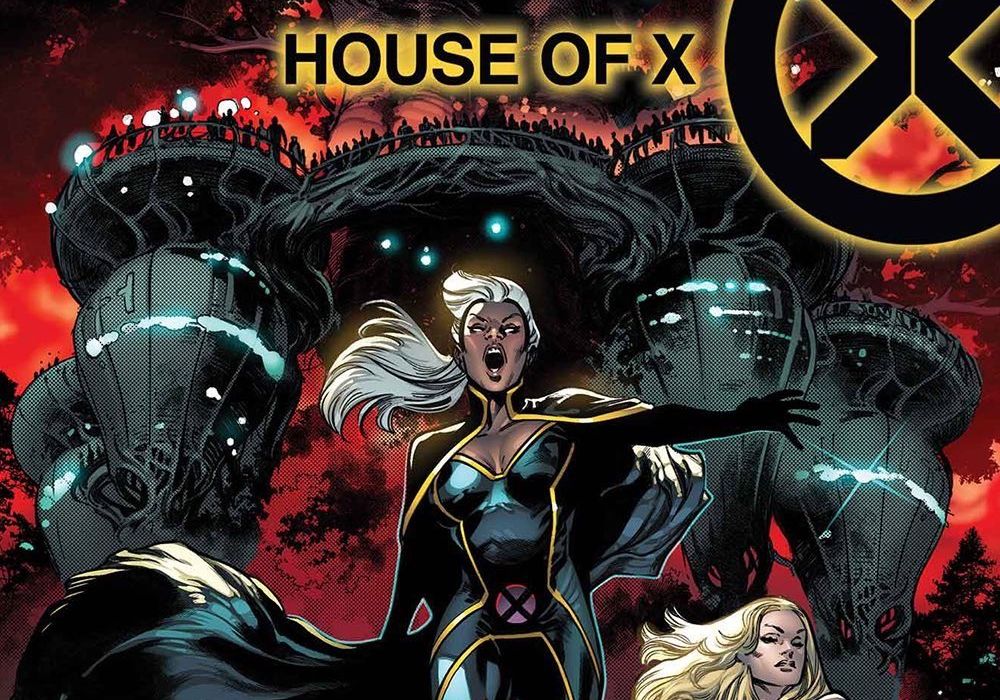 Writer Jonathan Hickman’s triumphant return to Marvel was achieved in grand form in “House of X” #1 with Pepe Larraz, Marte Gracia, Tom Muller and VC’s Clayton Cowles. The comic book featured a wild new status quo for the X-Men but the why and how the X-Men got where they were are hidden in future chapters. Now, the conclusion of one half of Marvel’s precursor to a huge X-Men relaunch is here in “House of X” #6. Will the issue be an adequate coda to Marvel’s epic first mini-series that started a new age of X-Men? Will Hickman lay more cards on the table and show exactly how the X-Men crafted the new Krakoa? How much of this story will serve as a finale versus a tease at what is next for the X-Men? 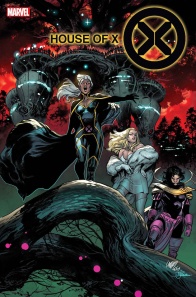 THE INEVITABLE FUTURE.
The revolutionary tale of Mutantkind’s rise comes to a conclusion that will lay the groundwork of the X-Men’s stories for years to come! Superstar writer Jonathan Hickman (AVENGERS, FANTASTIC FOUR, SECRET WARS) and Marvel Young Gun artist Pepe Larraz (EXTERMINATION, AVENGERS) wrap the series that changes everything!

Every issue of “House of X” contained an ambitious scope that was focused on the entire X-Men as opposed to just spotlighting one character or tone. However, this new issue of the series carries one of the most important pieces of the story yet. Hickman establishes the foundation of The Quiet Council, the government of Krakoa. The past couple of years of X-Men have been focused on tearing the founding X-Men away from each other. “House of X” #6 brings the traditional X-Men together in a much different context than readers last saw them. Lots of the mutants have different motivations and new political agendas now that there is a space for them.

Hickman has shown readers that he has an interest in exploring the morality of the laws of superheroes in previous works like “New Avengers.” “House of X” #6 differs in how it explores the concept of superheroes governing on a much larger scale. Hickman brings together heroes and villains reaching across The Marvel Universe to populate this governing force. The script carries a dense level of subtext. The first couple of pages reach across The Marvel Universe and give off a subdued sense of unrest. None of the other Marvel heroes know what to make of the X-Men’s sweeping changes. The script mirrors the first “House of X” issue which brought the Fantastic Four into the spotlight to interact with the X-Men.

Hickman’s script for “House of X” #6 ranks among some of his best works at The House of Ideas but artist Pepe Larraz brings magic to the issue. Larraz captures beautiful, evocative moments from pages that other artists would throw away. Larraz depicts vivid posing and facial expressions from his figures. The interior art is filled with dense layouts that serve to enhance the overall story. It is never dull to look at one single panel out of context or in the wider scope of the page. Larraz utilizes the medium of comics to his full advantage using techniques like panel bleeds for incredibly storytelling effect. One moment where Professor Xavier demonizes his own actions carries an absurdly ominous tone. Xavier places judgement on himself and his fellow mutants between the borders of panels. One of my favorite pages re-examines the relationship between Jean Grey and Emma Frost with panels that have small borders.

The art from Larraz taken out of context is groundbreaking but the colors from Marte Gracia and design work from Tom Muller complete the package. The vivid pinks and purples from Gracia add a visual splendor to the aesthetic of Krakoa. The plant-like world of Krakoa drawn by Larraz and colored by Gracia allows for “House of X” #6 to feel like a true science fiction comic book. The bonus material is punctuated nicely by Muller’s excellent design work. The logos and bonus material in “House of X” #6 is particularly well designed and insightful. The pages with quotes are still an incredibly effective way to kick off each issue. The title pages and back covers are also beautiful to look at. To put it simply, the entire visual component of “House of X” #6 is masterfully composed.

While “House of X” #6 presents so many answers, I still have questions about the motivations of the core X-Men and X himself. While the issue contains an incredibly well-realized depiction of Xavier’s new Nation-State, we still know little about X’s true nature. Hickman’s intended moral obfuscation of some of the heroes can be frustrating as readers are still left with questions burning beneath the surface. “House of X” #6 is a great conclusion to the mini-series and a very clear mission statement behind Hickman’s intail thesis of the X-Men. Any reader clamoring for additional clarity behind the premise of the series will be able to get a better understanding of where the X-Men is going by the final pages of the chapter.

“House of X” #6 serves as the payoff for both weekly series and shows readers a clear picture of where the X-Men are headed next. Instead of rushing to answers, Hickman was able to use the past issues of the series to build up to this important final chapter. It is remarkable to see how much this installment ends up enriching previous entries, showing just how complex Hickman’s sprawling X-Men saga is. The beautiful layouts and expressions serve a comic with such an intriguing script incredibly well. After years of meandering editorially, the X-Men comics finally feel like they carry a premise and ambition strong enough to escape the shadow of previous creators.

Final Verdict: 9.5 – “House of X” #6 carries the answers you crave and asks a few fascinating questions along the way.