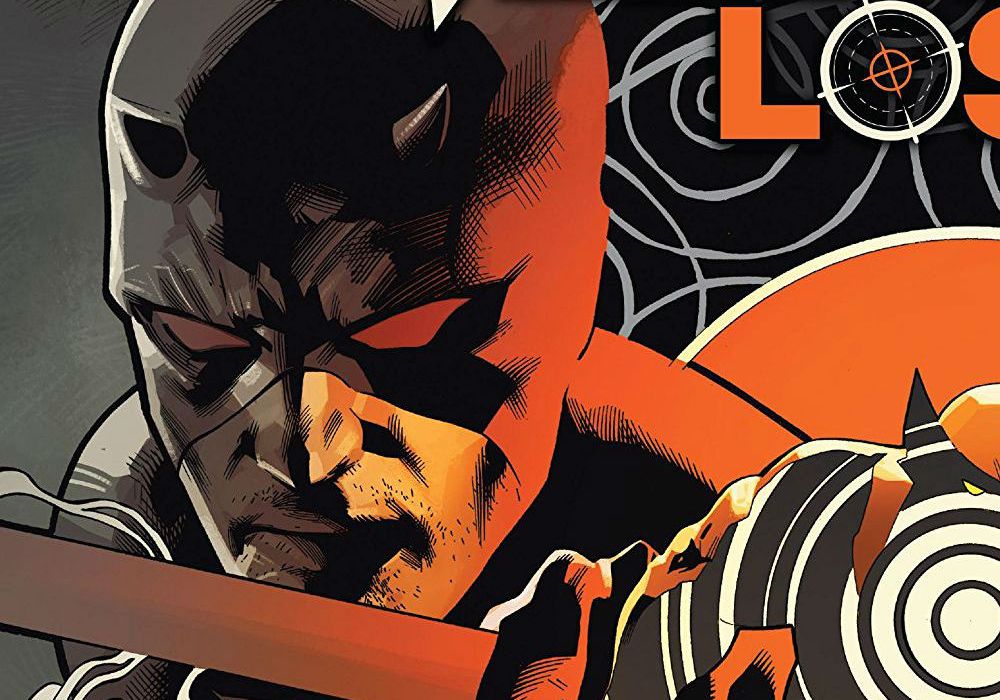 The hunt for Wolverine has begun and as you can imagine, it is incredibly difficult to see what Daredevil and some of the street-level Marvel heroes have to get out of his return. While Matt Murdock is a fantastic character author Charles Soule seems to bear a great affection for, it is hard to take “Hunt for Wolverine: Weapon Lost” #1 seriously. The full creative team here has a huge chance to prove me wrong and better illustrate some of the connective tissue between the characters which were missing from the Wolverine one-shot. 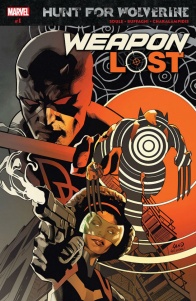 WOLVERINE MAY BE THE BEST THERE IS AT WHAT HE DOES… BUT SO ARE THEY! As one of the biggest mysteries in the MARVEL UNIVERSE unfolds, DAREDEVIL assembles a squad of uncanny detectives to track down WOLVERINE – MISTY KNIGHT, FRANK MCGEE and the mutant known as CYPHER. Investigating recent sightings across the globe of a man believed to be LOGAN, the squad uncovers a deep conspiracy with huge ramifications for the RETURN OF WOLVERINE.

Earlier I believe we were trying to uncover what, if any, connection Wolverine has to Daredevil and if you were hoping for a satisfying reason for this comic to exists, you won’t find it here. It was likely too difficult to try and connect the dots and make this story anything other than an endearing excuse for Daredevil to check in with some of his supporting cast members. Thankfully, the material is still fun to read as a whole and features great tone and characterization rivaling the Daredevil work we have seen in the main title with Matt Murdock.

There are lots of great individual moments in the script as Soule continues to do a wonderful job fleshing out the full scope of Murdock’s great inner anxieties and aspects torturing his psyche. Even if we still aren’t quite clear what his motivations for finding Wolverine are, this installment does a perfectly fine job characterizing a version of Murdock who would find the hunt for Logan to be the most pressing matter he could ever imagine. The greatest strengths of the overall comic lie in the ability to flesh out a few endearing Daredevil characters who haven’t been given the chance to shine anywhere else especially lately despite the fact Murdock still has a solo comic.

While readers still get a pitch-perfect Soule-written Daredevil here, the return of Frank McGee is another truly astonishing addition to the issue. McGee is a fascinating, tragic character who rarely gets the chance to shine as he should. Soule does a good job catching readers up on his backstory and supplying them with everything they need to know about him in general in just a few pages. McGee even gets the chance to show up pretty boy Matt Murdock in his pursuit of Misty Knight’s membership to the team. Knight’s cursory couple of moments where readers catch up with her in the bar host a couple of the finest moments the story has to offer which leads the team towards the wild world of Cypher. These are four of the weirdest characters in the Marvel Universe who have never come together in such a manner you likely wouldn’t see outside of the world of comics.

Artist Matteo Buffagni conveys the noir tone of Daredevil’s Wolverine expedition with a vision perfectly matching Soule’s script. The strange shadows and bright colors from Jim Charalampidis add the right sense of expression to the issue. Buffagni does an excellent job keeping the panels full of talking heads who are interesting to look at and dynamic while keeping track of the issue as a whole. There are excellent, dour expressions and people making distinctly badass superhero stances. The art can be slightly too simplistic and can feel static at certain moments in the issue, but Buffagni’s pencils as a whole add personality cerebral direction of the issue.

“Hunt for Wolverine: Weapon Lost” #1 is unbearably silly in premise but retains such an incredibly sober tone causing the issue to somehow remain endearing. While a few of the ideas structuring the book together feel forced, Soule does an excellent job introducing each character and tying them into the narrative. Each member of the cast has at least one interesting trait about them making sure they don’t quite fit into the stereotypical mold, whether it’s McGee’s silver tongue, Knight’s colder demeanor, Cypher’s haunted personality or Murdock’s paranoia, everyone has interesting plot thread introduced into the mini-series. In the end, I’m not sure how strongly this character and cast is going to tie-into the overall nature of where Wolverine actually is–out of all the teams assembled, Daredevil’s team would not make for the best reunion emotionally if they were the first to find him. I would be surprised at Marvel had they not already considered a greater plan before publishing the oddity that is “Hunt for Wolverine: Weapon Lost” #1.

Final Verdict: 8.0 – Even with an absurd premise, “Hunt for Wolverine: Weapon Lost” #1 is a delightfully strange tribute to some of the weirdest street-level heroes at Marvel.