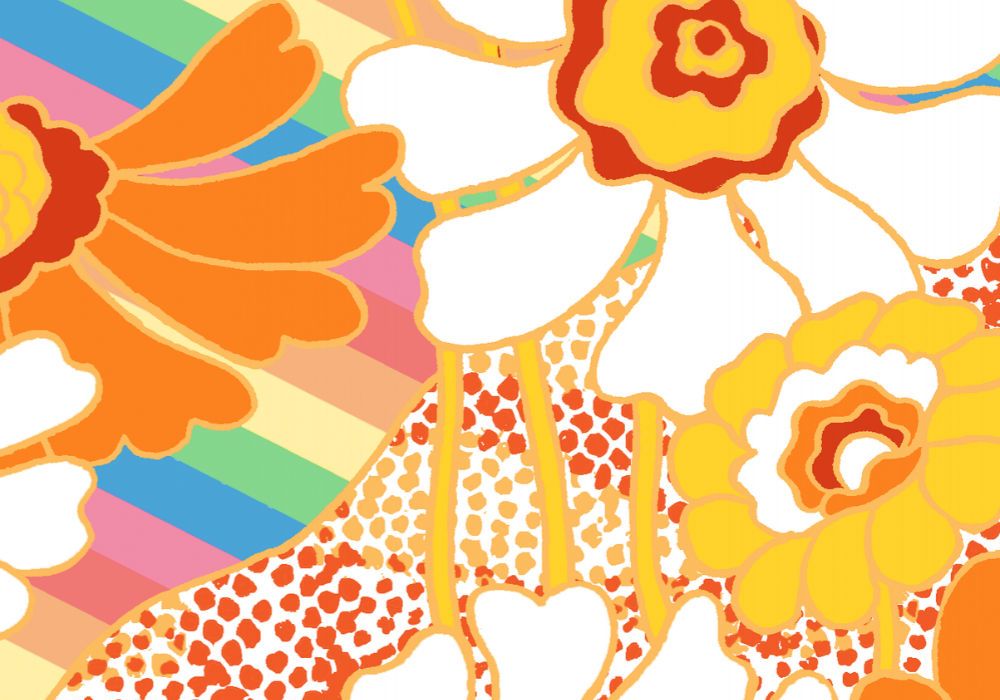 “I Am Young” claims the title of M. Dean’s new collection of stories. “I Am Young” is a statement of fact; I am not old. It’s an insistence; I still have youth. It’s present; ‘am,’ not ‘was.’ It’s hypocritical; I am the oldest now that I have ever been. You’re only as old as you feel. Being young is openness, it’s yearning for experience, it flows. It’s pretending you know what you are doing. It’s sex, it’s rhythm, it’s music. 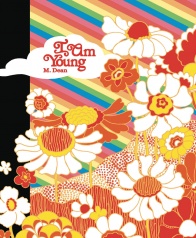 Cover by M. Dean
Written & Illustrated by M. Dean
This series of character-driven, musically minded stories by cartoonist M. Dean is as graphically sophisticated as it is emotionally acute. Tied together by one central narrative about two teenagers who meet and fall in love after a Beatles concert in 1964, I Am Young explores how relationships evolve — both interpersonally as well as our individual and collective relationships with the culture around us. A romance that begins as emphatically as Beatlemania is, like the band that brought them together, on the rocks by the end of the decade, and although the ensuing years may put distance between the two, their shared experience that one night in 1964 endures.

Dean’s new book from Fantagraphics is a varied and moving collection of short stories responding to albums mostly from the 1960’s. As a series of shorter pieces, “I Am Young” allows Dean to show off her cartooning skills. Her protagonists have big, enthralling eyes, and a childlike shape. They are young even when the characters are not.

In a central narrative thread of the book, Dean shows four moments in the relationship between two Beatles fans, Miriam and George, at different moments across their lives. Their meeting after a show in 1964. Their living together in Edinburgh a couple years later. Their brief reconnecting years after their break-up. A final meeting after John Lennon’s death. While materially they stop being young, by the last sequence their hair is grey and their backs hunch, together they are reminded of youth, of those early Beatles years.

Dean tells this story through a clear separation of both of their perspectives. Along the top and bottom of each page there are lines from hand-written letters from one to the other, sandwiching two strips of four panels – one strip per character. But then, when the two come together, the strips merge into four tall, thin panels, taking up the page as they take up each other’s space. At first filling the space together is exciting, but then it shifts, becomes frustrating, stifling, before another shift towards nostalgia for a past youth. George and Miriam’s story is all nostalgia, it isn’t quite present. It lacks colour, Dean only using greys and blacks for them. The narration is epistolary, made up from fragments of reflections in those letters. It’s the indignant insistence of holding on to the claim, “I Am Young,” even when youth has passed.

While George and Miriam’s Beatlemanic relationship forms a backbone for “I Am Young,” Dean fills the space between with other, beautiful stories of music and relationships. In one a young couple of 18 and 21 get married so he can try to avoid being drafted to fight in Vietnam. He does get drafted and she is left alone in his house, away from her family, caged in layers of a rounded twelve-panel grid. Dean renders this story in a malaise of peaches, greens and blues, that at times manages to hold a festive warmth, but also can give a sickly distance. She is longing for the love of family and home, but must pretend to be independent and grown-up.

Another story, previewed in The Paris Review, sees a teen take LSD at prom in 1978 and reminisce about The Beach Boys’ “Pet Sounds.” She dances through a sea of pinks and yellows and greens before crashing into a next morning of dull beige and quizzing her friend about her fuzzy memories. Again, Dean sets up a consistent shape to the panelling across this story; four off-set panels at the top and bottom, with a wide feature panel that the page spirals out of. This structure manages to walk the line of comfortable blandness and the fluidity of an acid trip. It’s like when you’re 16 and your parents buy you booze so you can experience things safely. Rebellion but within certain parameters.

Music and comics have an interesting relationship. In some ways they are opposites — one pure audio, hearing, and instinct; the other pure visual, structure, and shape. But they are natural companions too, central to both is a sense of rhythm, a flow through panels and pages, from bar to bar. The repeated layout is like a repeat motif. Rhythm is what makes comics and music breathe. Listening to the music Dean is responding to adds a texture and motion to “I Am Young,” it contextualises the book, layering it the emotion of another form.

The mix of music and comics that is central to “I Am Young” runs all the way through the book; through the title. The hypocrisy of saying “I Am Young,” when you are always the oldest you’ll ever be. The tension of becoming an adult, slight pushes out of youth, with some needed retreats. The strain between comics and music; linked through a shared rhythm but expressed oppositionally. To be young is to live in that stretched, liminal space, and to revel in it.