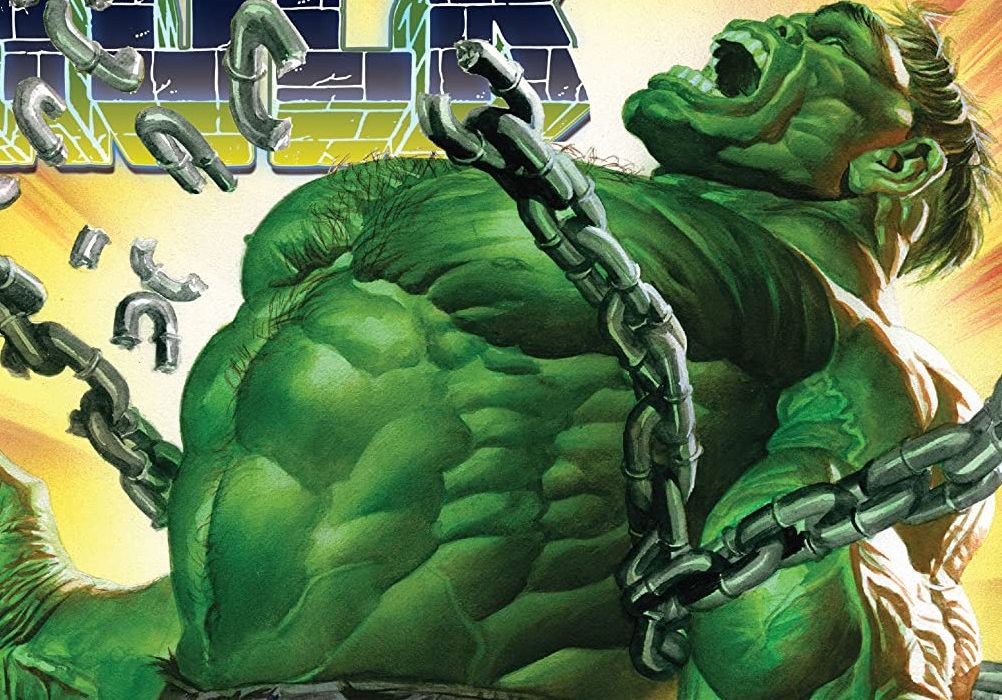 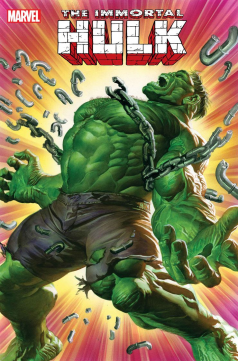 He’s been chained. He’s been suppressed. He doesn’t even know if he’s real. But something is reaching through the Green Door. It wants to hurt Bruce Banner. And when you hurt Banner…the DEVIL HULK takes it personally.

“Immortal Hulk” is a series that is deep in numbers (by 2020 standards) and it’s so incredibly impressive how well Ewing and the rest of this team keep the momentum. Ewing gives us a script that makes us root for the devil in the best way possible by the end after showing the Leader getting close to victory. Bennett, José, Brabo and Mounts deliver again with the body horror this series is known for and the matching up the tension. Surprising absolutely no one, “Immortal Hulk” #38 is a pretty great comic.

Ewing’s plot for this issue is relatively straight forward, The Leader has the upper hand and is winning his war on Team Hulk on multiple fronts in multiple planes of reality, and the only one who can stand a chance to beat him is the Devil Hulk, who is conveniently imprisoned. But not for very much longer. None of this is necessarily new in terms of this series, comics, or even story structure but Ewing really excels at making this feel satisfying and fresh every time. “Immortal Hulk” #38 specifically benefits from Ewing’s use of Bruce’s childhood and the birth of the Devil Hulk and a staple in Ewing’s work of a repeated phrase specifically, “I take that real personal”. Devil Hulk’s origins tie to Bruce looking at the pictures of the serpent in Paradise Lost as a child and being attacked by his abusive father as a result. Devil Hulk is the urge to kill him for it. We’ve had it stated that the Devil Hulk is Bruce’s protector but in this issue, we get to feel it in a way that feels emotional and triumphant.

The present-day plot is full of excellent tension with Dr. McGowan feeling like she’s in a classic slasher situation, with the leader controlling Del Frye and working his way through melting the scientists at the Shadow Base, and Rick Jones also acting as the Leader’s gross trojan horse. The tension was different in the way I was worried about McGowan both as a character and as trans representation. While McGowan has certainly felt like a welcome addition to the cast, the fear that Ewing would kill her off felt very tangible in a way I feel like it wouldn’t for other members of the cast, because of just the rarity of this form of representation. As a reader, I do trust Ewing, but as a consumer, I barely trust Marvel and Disney so I hope and pray for a long life for Dr. McGowan and for *more* trans representation in superhero comics so that the precious few trans characters on-page can hop into danger without the sense of carrying the whole of a community on their shoulders.

Regarding the artwork, Joe Bennett, Ruy José, Belardino Brado, and Paul Mounts are still nasty little freaks with how good the body horror remains in “Immortal Hulk” #38. The team’s expressiveness in rendering the gross stretched-out body of Rick Jones is found in the absolute distortion of Brian Banner’s drunken tirade at the beginning of the book. Mount’s colors of deep red in Brian’s eyes really evoke the sense of evil that in turn is replicated in the Devil Hulk and overall stands apart from the sickly blue/green that the rest of the book feels situated in. Brado and José’s inks over Bennett’s pencils are always so fascinating in that the shadows and the hatching within figures and objects cover shadows in such a unique manner that feels like a surreal type of attempt at photorealism and that totally hits when the figures get gross-nasty. Bennett’s page layouts add such an added layer to the tension and horror of this book in the same capacity of his figures. “Immortal Hulk” as a whole has decently rigid page structuring with a majority eight-panel grid but breaks in particular scenes, as in the reintroduction of Bruce’s surreal mindscape and when the pace picks up and Samson hits the Leader. These really help their specific goals of emphasizing a strange new locale or pushing the pace but there’s even a smaller use of this with great effect where the page follows the grid until Corey Petit’s “BOOM” knocks the panel out of place, which is very effective.

Overall, “Immortal Hulk” #38 is the same satisfying turn from this creative team that really has some excellent horror and earnest emotions. The art team knows what they are doing to convey such a weird, tense vibe and Ewing definitely knows how to make an excellent human story involving, Devil Hulks, a villain talking through multiple bodies, and the Hulk saying “daddy” more than once. And who can deny that accomplishment?