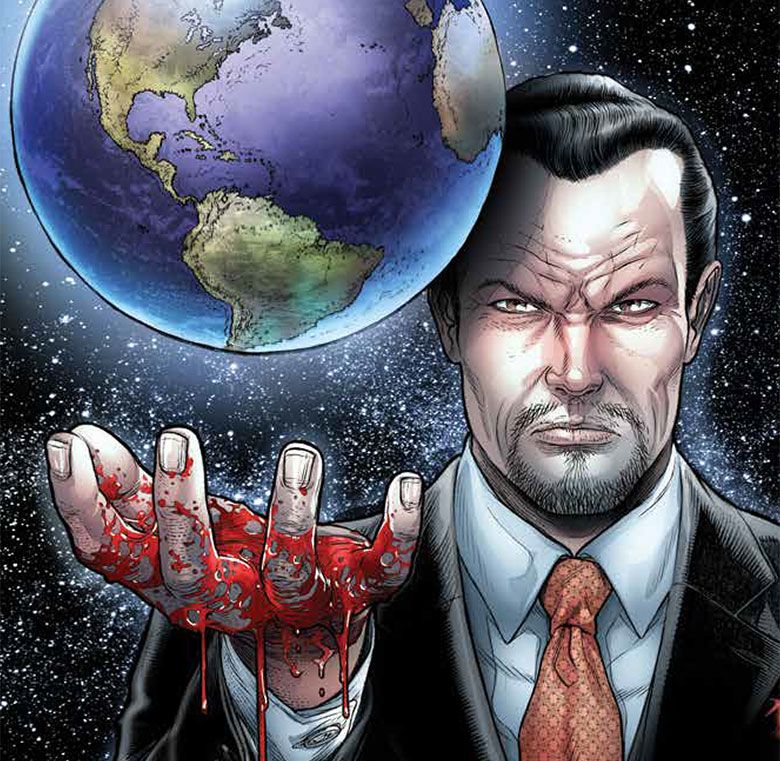 The world is beginning to pick sides. As the pressures are put on Toyo Harada’s budding Foundation Zone, the master is now hunted by his former protegee, Livewire. Have we begun to see the first cracks? Let’s find out. 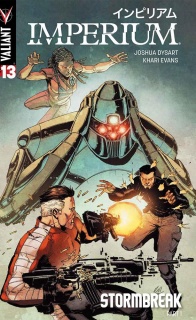 ALL-NEW ARC! JUMP ON BOARD HERE! “”STORMBREAK”” is about to bombard the front lines of the Valiant Universe!

The world’s most powerful team of mercenaries is on the defense…as an elite international kill squad led by Livewire and H.A.R.D. Corps’ Major Charlie Palmer descends to destroy Imperium’s stronghold!

Toyo Harada will save the world…if he doesn’t doom it first. The revolutionary disruption that Harada and his team have launched – by deposing tyrants, housing refugees, and feeding the poor – has come at the expense of the world’s wealthiest nations. When the planet’s leaders have had enough, it will be decided: Toyo Harada must die. Now a crack unit of operatives will stand against Harada on the global stage…with his own former pupil Livewire taking him head-on. Meanwhile, Harada’s military lieutenant Gravedog meets his match when Palmer drops into the firefight of a lifetime…H.A.R.D. Corps vs. H.A.R.D. Corps!

Note: That solicit is wrong. Artist is Khari Evans (HARBIGNER)

If there is something that I took away from “Imperium #13” it’s this: “Look how far we’ve come”. Not just the characters and their stories, but the franchise and Valiant itself. “Harbinger” was one of the first books to launch when Valiant came back in 2012. And it was launched under the custodianship of Joshua Dysart and Khari Evans, the same creative team that have reunited for this arc, “Stormbreak”. And this issue is all about looking back and moving forward.

Picture the scene: You are a child. An orphan. Growing up in a system that isn’t designed to protect or foster you. But you have a gift. A gift no one understands. Then one day, someone arrives that does understand. That has gifts of their own. And he offers to take you in. To help you foster that gift. To give you a home and a family. And as you grow up, your own principles put you at odds with that person’s ambition to the point you have a falling out with this parent figure.

That is the history of Livewire we see to introduce new readers to the character. I have to say, it is so good to have Dysart writing her again. Don’t get me wrong, she was decent in “Unity”, but having to share the spotlight with other characters (especially Ninjak, who I thought hogged the spotlight a bit in that book) did kind of diminish her again. Here, we get to see a full scope of her confidence (with just a slight hint of arrogance), her intelligence and at the end of the day, her strong moral compass.

Which is good, because she is teaming up with Major Palmer and his H.A.R.D. Corps (yes, that’s their name) group. And let’s face it… Palmer has never been that deep of a character. Perhaps it’s because we haven’t had an opportunity to really give him a focus, but it seems that he is here to be the morally ambiguous military man to compliment Livewire. Which I’m fine with, because it seems the relationship between Livewire and Harada is going to be the focal point of this arc (Also, the H.A.R.D. Corps are child-murdering fucks, so they’re kind of on my shit-list already).

If it seems like I’m talking too much about all this “character development” and “relationships” stuff too much, then hold tight, because there definitely is some major developments in this issue. My fear when this arc was announced was that Harada was going to be on the defensive again and, just coming off the Vine Imperative arc, would be a bit repetitive. And I am so glad to have been wrong. There is a gravitic shift in the world’s politics that occurs in this issue, but it’s not bombastic. It’s actually very subtle. If you were just skimming the book for interesting action scenes, I pitty you. Despite all the superpowers, A.I.s and cosmic horror, the true soul of this book is the geopolitical landscape when faced with these large-than-life concepts.

The book doesn’t spare on some cool things to look at. Khari Evans time in the Harbinger side of the Valiant universe has been very intermittent, but a benefit is seeing that improvement. I won’t lie when I thought his first work with the franchise was a bit rough. Now though, his linework has definitely smoothed out and faces don’t like as…well… “squishy”, as I once called it. That’s not to say Evans scrimps on the squishy parts, especially when there’s anything involved with resident mad scientist Angela. Evans can deftly shift into the weird with all the body horror and the perception-distorting effects of Anti-Psiot technology (mechanical and bio-mechanical, as we’ve learned).

Ulises Arreola’s coloring work on this book is… interesting. I don’t hate it, but there is a major difference between his work and Brian Reber’s previous work on the title. Arreola’s palette is less bright than Reber, almost to the point of dullness. Now, that isn’t strictly speaking a bad thing for this book. I don’t expect the color tone of “Unbeatable Squirrel Girl” here; “Imperium” is not a happy book. In some cases, it’s a horror story. So having a less vibrant color scheme isn’t bad but there is something still not clicking for me with it.

Final Verdict: 8.8- Seeing Dysart and Even reunite for Livewire vs. Harada is going to be a real treat and a testament to the strong foundation of the last few years.