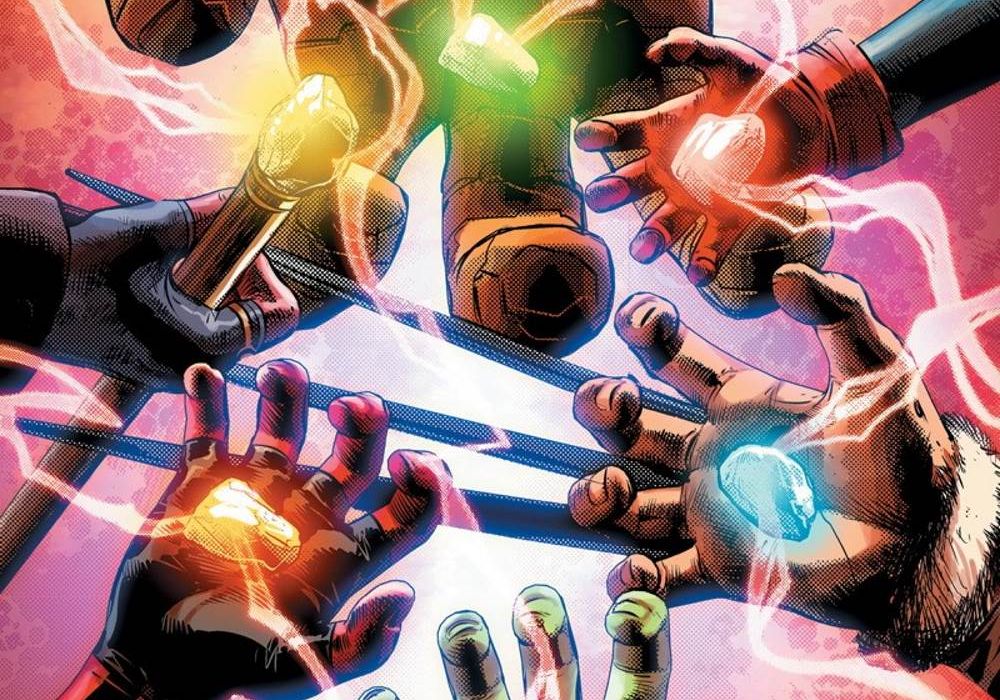 I haven’t been keeping up with the overarching meta-Marvel story since “Secret Wars” in 2015. Since then, the heavy hitters of the Marvel universe have been doing what they do and flown through space, bickering over some magic gems. “Infinity Countdown Prime” kicks off a new super-mega Marvel crossover event, in which a peculiar assembly of characters do exactly that. And as a first issue, it definitely does what it has to, getting the plot rolling. 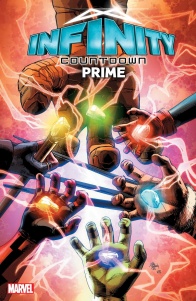 The Infinity Stones. Individually, they grant their wielder great power. Together, they grant the power of a god. Newly reformed and scattered throughout the universe, these artifacts allow the ones who claim them their heart’s desire. Now, as their locations are discovered, forces converge for a battle that will begin the universe down a dark path to the END. Jump onto this exciting ride that will lead to the biggest Infinity yet!

Plus: The saga of the Infinity Stones—what they are and how they came to be! From creation to destruction to re-creation, this prose primer will tell you everything you need to know about the legendary cosmic gems!

If it sounds like I’m damning “Infinity Countdown Prime” with faint praise, that’s probably because I am. It feels like what it is: a prequel issue that catches up someone like me on the conflict, and gets you excited for everything about to go down. To be clear, you see Hank Pym, merged with Ultron, battle the newly revived Wolverine and Adam Warlock’s evil brother Magus. If that sentence meant nothing to you, “Infinity Countdown Prime” may have a bit of a steep learning curve. If you followed at least 60% of that you should do just fine.

Gerry Duggan is a writer who often elevates material that would otherwise feel pretty bland. He does an admirable job here. This is the first time Duggan has been at the helm of a big crossover, but he’s excellent at balancing different character voices and dynamics. His exposition is never a drag, so he’s actually perfect for a story like this. I didn’t walk away from the issue understanding why Carol Danvers and Kl’Rt the Super Skrull have Infinity Stones, but I get who they are and what they want to achieve by the end of the story. Again, faint praise, I know.

That’s where the overall state of the comics industry really steps into the book. It’s fun, but is it worth the cover price? That’s a tough question to answer. It’s a good introduction to a traditional superhero space-em-up, but is it worth getting invested in a mini-series with crossovers and special one-shots? Again, I can’t answer that for you.

There’s something ephemeral missing here. It’s hard to put your finger on it, but the comic feels toothless. What makes this battle for the gems different from “Infinity Gauntlet” or “Thanos Crusade” or “Infinity” or any other Marvel series with “Infinite” in the title. This first issue doesn’t have enough of a sense of identity. It remains mostly accessible, while also addressing continuity of decades-old comics. That’s another faint achievement.

This could all be elevated with transcendentally beautiful art, but “Infinity Countdown Prime” sticks to a recognizable house style. That’s not to say Mike Deodato didn’t make an effort, but his clean figures seem incongruous to the backgrounds. Every environment has a hazy dreamlike quality to it, while the characters are clear. Where the backgrounds are made of murky, blurry colors, the characters are a bold, four-color traditional superhero style. It doesn’t distract, but it gives the whole thing a curious look.

That house style makes a lot of the characters look really good. Carol Danvers poses for one panel and she looks iconic. Star-Lord is rocking his bearded Kris Anka look, and it’s still working for him. Loki is wearing the great costume he’s been in since the end of “Young Avengers.” It’s the less familiar elements that look weird. A bunch of Ultron’s drones come across as goofy rather than intimidating. The decapitated head of the Contemplator just sort of looks like a dude. The whole thing is lacking a spark of spirit, and looks like it was based off of pre-existing character designs, without much thought put into the look and feel of the book.

All of that serves to bring up more existential questions than critical ones. This is a fine enough comic, but it just feels like an advertisement for a future comic. But aren’t all comics just advertisements for ongoing installments of the series? It also feels like it’s trying to catch you up so you can get back into a very involved story. But does that negate having read the story so far? Who’s this comic for? What’s the point of it?

None of those are good questions to be swirling through your brain as you are reading an issue, and unfortunately, that’s what was going through mine. I couldn’t get involved enough in the artwork, or the cool panel-work, or bouncy writing. The thrill of seeing James “Logan” Howlett stab Loki with his adamantium claws doesn’t have the weight it needs. “Infinity Countdown Prime” boasts too much talent to be ab empty experience. It achieves it’s goals handily. Whether or not those goals were worth striving for is another question entirely.

Final Verdict: 5.5 – Either a really good primer for people who want to skip reading a lot of other comics, or a recap for those who might have forgotten.