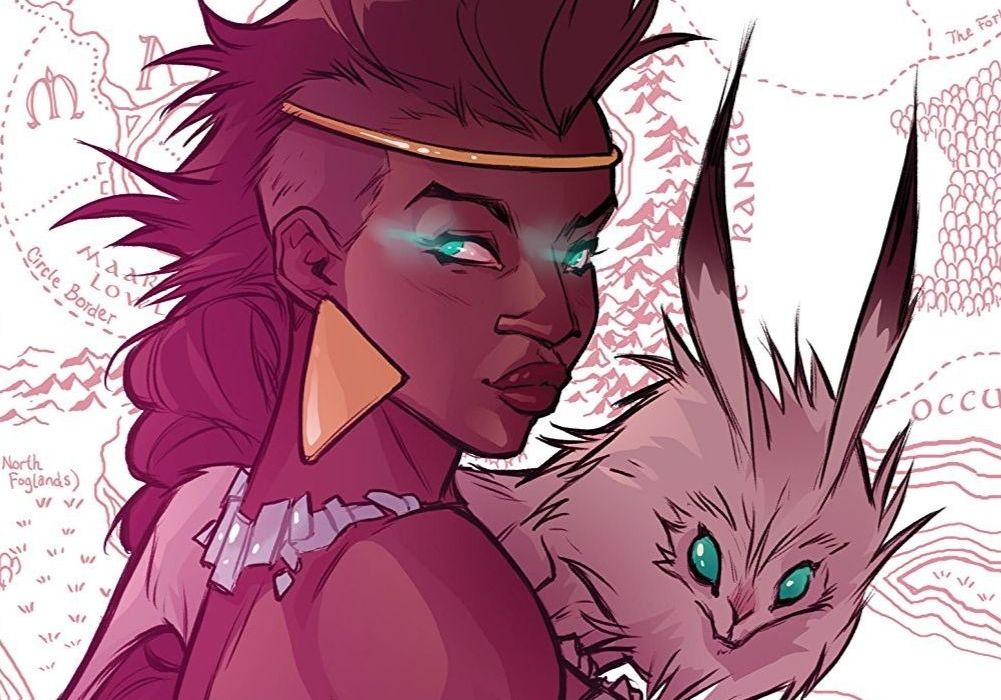 The worst kind of nightmares are the ones that build to the terror, the ones that start innocent or idyllic. There is a growing realization that something is not right, the panic that goes along with it, and an eventual build to the betrayal of that perfect moment. These are the kinds of stories that leave an impression. The ones that feature trouble in paradise, where a hero has to sacrifice a lie that brings happiness for the protection of a greater good. Usually at the core of these stories is someone (or something) manipulating a hero, using lies and preying on insecurities to advance their cause. “Isola” #10 is in many ways one of these stories, but the big problem is that the situation Rook finds herself in is not a dream. The lies and manipulation are very real, but also have the potential to serve a greater purpose. 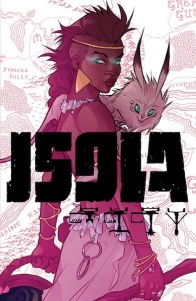 Lies, or at the very least half-truths, are at the core of “Isola” #10. The majority of the issue is a conversation between Rook and Queen Olwyn who, much to Rook’s surprise, seems to be restored to her old self. Rook is excited that her mission is over. Not only does she have the Queen back, but she is also able to prevent a war and save the lives of her fellow soldiers. It just seems that there is something off about Olwyn. She seems apathetic about ending the growing conflict. She is more focused on the crimes of the past, the betrayal of her family. One of the most impressive things about the first half of “Isola” #10 is the slowly brewing tension that happens from panel to panel. Brenden Fletcher and Karl Kerschel start with a lovely and idyllic scene, two lovers in an embrace, and over the course of a few pages pull the rug out from under Rook. Olwyn becomes aggressive and manipulative, working to destroy Rook’s loyalty to the Royal family that she has served for so long and the country of Maar that she loves so much. The moment that almost pushes Rook to the brink is the reveal that her mother, a loyal servant of Maar, was killed by the Olwyn’s mother. Rook’s face upon the reveal is tragic. Not only did she learn a hard truth about her family, but she also learns that she had been lied to by someone she loved, someone who knew the truth.

The growing tension is assisted in the art. Kerschel and MSASSYK draw Olwyn with what initially appears to be a kind of contentment. But as the issue progresses, there is something sinister in her smile. It begins to transform into arrogance as she watches Rook fall perfectly into her plot. The eventual reveal is that this is not Olwyn, but rather a witch named Miluse. If you go back and reread the early part of “Isola” #10 there are hints of Olwyn’s true nature. There are moments when Aditya Bidikar’s lettering of Olwyn mimics the jagged intensity of Miluse’s true voice. It seems to happen most when Miluse is at her most emotional when her grasp on the disguise is most at risk. It becomes especially effective when we finally see Miluse’s true form. It is a being that is monstrous, whips of angry mist fighting against the tiger that holds the Queen’s true spirit.

The surprising twist, though, is that they are able to give Miluse some level of sympathy. It seems that her strongest desire is to be loved. Miluse has lived her life full of hate and scorn. Being called sick and useless. While it’s clear that “Isola” #10 isn’t forgiving her of the deception and manipulation of Rook, it at least puts a motivation behind the witch’s deeds. It’s vain, but there is more going on that just being a practitioner of dark magic. Rook uses this to her advantage.

Initially, Rook is worried about having an imposter queen running around, but realizes that she can use the deception to her advantage. In an attempt to protect her fellow soldiers and countrymen, Rook decides to use the doppelganger to end the war that would cost so many lives. In a way, this works for both of them. Rook keeps her country safe, Miluse gets the love of citizens that see her as their queen. But fate has other plans. “Isola” #10 ends with slaughter, the soldiers that Rook strove to protect dead, the witch among their numbers. The issue ends on a dark note. Not only has Rook lost so much, but it seems that the words of Miluse have stuck with her. Rook has no way of knowing if what she was told about her mother was true, but it clearly has impacted her. She is continuing her mission, sure. But who knows now what her motivation truly is.

In general, “Isola” #10 has a dream-like feeling. The colors of the backgrounds are muted from the shade of the red leaves hanging over the canopy. The muted colors also slowly become more pronounced as the tension ramps up in the dialogue. This eventually hits a boiling point in the confrontation of Miluse and Olwyn’s tiger when the panels become light with an eerie blue glow heightening everyone’s expressions. It makes them look nightmarish. The colors of Rook’s memory of her mother’s funeral are grey and somber but are broken up by blowing leaves that add small splashes of color to the otherwise morose scene. The end also has a similar effect. The issue ends with Miluse stalking silently off into the night, leaving behind a pile of corpses. There is no indication of what Miluse is up to next. Is their chapter in the story over? Has redemption been achieved? The answer leaves us with more questions than answers, but in many ways so do some of the best dreams.

Final Verdict: 6.9 “Isola” #10 tells a story that effectively builds tension and conflict that takes a character’s dream and slowly turns it into a nightmare.