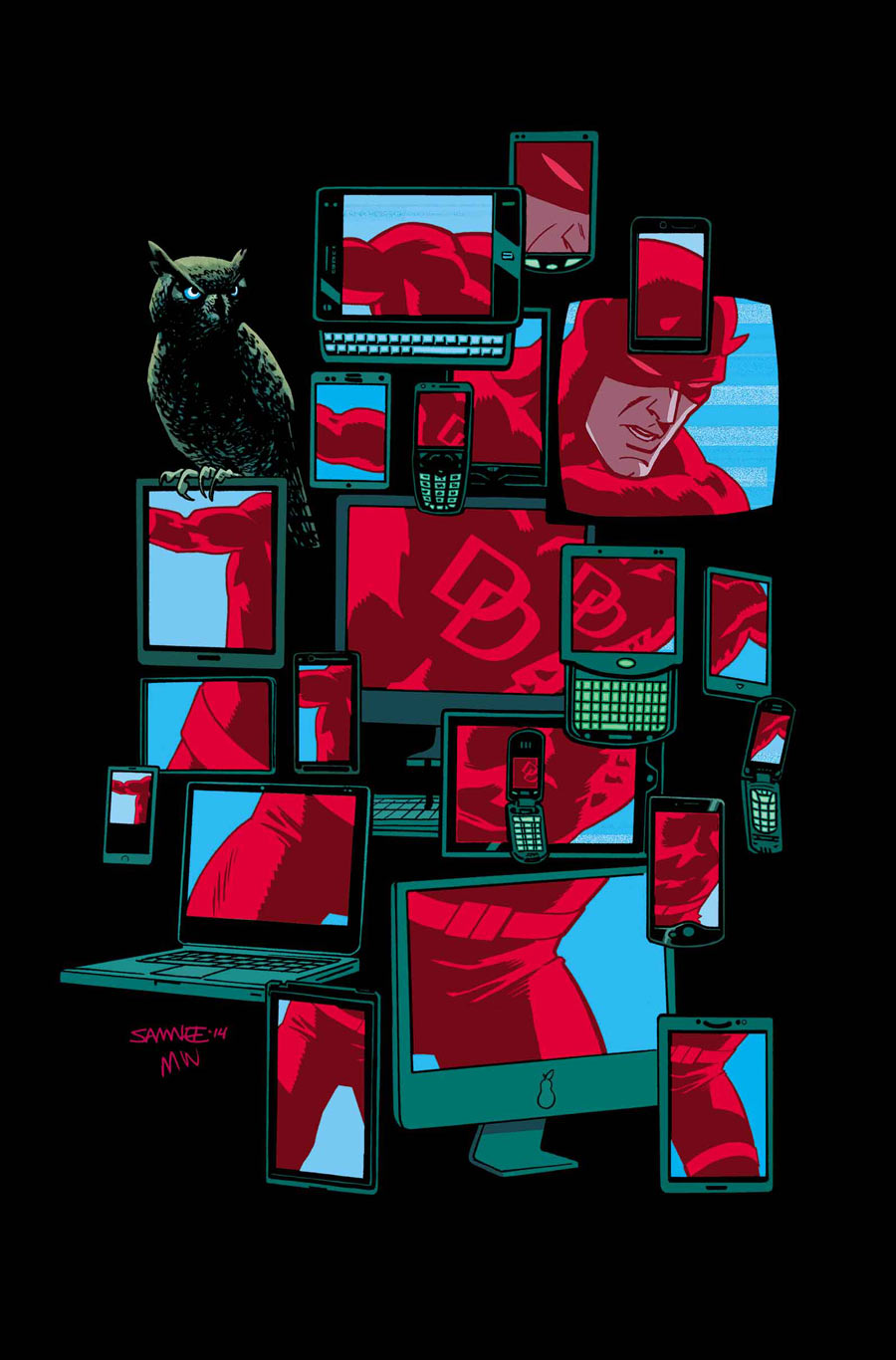 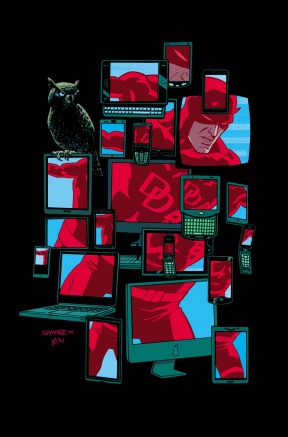 Mark Waid and Chris Samnee begin the climactic final chapter of their beloved, Eisner Award Winning run with the return of one of Matt Murdock’s oldest and (now) scariest enemies

Please note that the latter half of this review features spoilers, as it was sort of impossible to address character development without going into some specifics.

For the majority of his comic book career, Matt Murdock has been known for being sad. Like Drake-level sad. Like one failed relationship away from whispery acoustic album sad. Despite this emotionally limited spectrum, a long line of creators have still managed to craft many classic tales that further emphasize the despair that just seems to emanate from Hell’s Kitchen. What has made the Mark Waid and Chris Samnee run on “Daredevil” so refreshing is their determination to bring some sunshine into Matt Murdock’s world, without transforming the series into something unrecognizable. Though Samnee and Waid are preparing to leave “Daredevil” soon, they have maneuvered Murdock into a position of seeming bliss, complete with a new love interest to frolic along the beach. No wonder he’s starting to panic.

The issue opens with Matt Murdock and his law partner / girlfriend Kirsten McDuffie having a picture-perfect evening. There’s dinner, dancing, fancy outfits, moonlight strolls and cuddling on the beach. It’s straight out of a Nicholas Sparks movie. The scene is short, only two pages with barely any dialogue, but it perfectly encapsulates the character’s mental state. Murdock’s relationship history is legendarily tragic, complete with addiction, violence and death. As a textbook pessimist, Murdock absolutely is waiting for the other shoe to drop. The quickness of the scene represents how fleeting the happy moments of a relationship feel to him, even as he’s desperately trying to enjoy them. Chris Samnee’s art in this sequence is beautiful in its simplicity. He jumps from location to location with ease, establishing each one in a single visually distinct panel without over complicating the sequence. One of Mark Waid’s strongest talents as a writer is that he knows when not to write. Two pages of near-silent romance is certainly not the typical way to open superhero comics, but Waid knows that it’s best for the emotional core of the story if he hangs back for a minute and lets the art speak for itself.

In fact, the majority of this issue revolves around the difficulties of building a relationship with a superhero, with only small nods towards a larger plot. After their night on the beach, Matt and Kirsten separately have conversations with different people who express concern for their relationship, albeit for very different. While Kirsten’s father is understandably worried about her safety, Foggy Nelson is there is berate Matt for constantly getting in his own way. Foggy and Matt’s conversation is a great encapsulation of their relationship. They have known each other so long that none of Matt’s woe-is-me tricks will work on him. Waid keeps their dialogue snappy and fun, further undercutting Matt’s attempt to brood.

While Kirsten’s father seems overbearing, it quickly seems like he has a point as the restaurant they are in is suddenly attacked and Kirsten is whisked away by unknown assailants. Confirming his worst fears, Matt throws on the red leather and swings into action. While all this seems to build up to a family kidnapped-love-interest+big-villain-reveal arc that is found in many perfectly decent comics, Waid immediately undercuts these expectations. Right away takes an unexpected turn as Matt deduces that Kirsten and her attackers haven’t even left the building.

Matt is not 100% correct about the situation however, and, without simply recapping the last third of the issue, it becomes clear that Kirsten’s attackers have nothing to do with Matt and his Daredevil activities. It must be shock to any superhero to realize the regular people can have enemies as well, Matt’s disbelief is palpable. When a comic book is titled after one specific character, all other characters automatically become side actors in their story. This invariably ends up leading to one-dimensional characters, who lack any agency on their own. This becomes especially trouble with female love interests who can, and far too often have, become little more than character motivations for their associated hero’s.

Thankfully, Mark Waid has no intention of turning this character into “Daredevil’s Girlfriend: Kirsten McDuffie”. Kirsten herself is well-aware of the potential loss of individuality that comes with dating a superhero, and rejoices when she realizes that she too as an enemy out to get her. It’s a confirmation that her life is still affected by her own decisions, and not only those of a dude in head-to-toe leather. Waid paces the whole sequence excellently, and he hits the right emotional beats to convey real danger without feeling manipulative or like a drag.

In a perfect world, Chris Samnee would draw “Daredevil” month after month for as long as the series existed. Even though this issue features relatively little action compared to others that Samnee has penciled, it is still exciting and visually arresting. There’s a large panel where Kirsten and her attacker are framed by the words that make up Matt’s plea for her safety, and it is wonderfully tense while conveying the panic Matt must be feeling as his worst fears seem to be realized. Samnee’s shadow game is on point in this sequence, with the cool palette of colorist Matthew Wilson greatly contributing to the sticky pages. There is one elongated panel where Matt slowly recedes into the darkness, until only his horns, eyes and DD logo are visibly against the black background, and it’s one of my favourite images in Samnee’s entire run on the series.

The last Waid/Samnee “Daredevil” story-arc kicks off with an issue that highlights have far they have developed these characters, while only setting up the large threat of the Owl. Waid addresses the concerns of Matt Murdock, and the character’s fans, that he might be doomed to a series of tragic relationships, and assures Matt and the readers that Kirsten McDuffie is not a stereotypical superhero love interest. Chris Samnee returns after a very brief break to prove why he will go down as one of the best artists who has ever worked on the series, and fills a book that features little action with page after page of visually striking art. This is a great duo, and this fun and exciting issue displays every indication that their last story-arc while be the perfect summarization of their whole run.

Final Verdict: 9.0 – A great start to the last Waid/Samnee arc that puts the emphasis on the characters with outstanding results. Enjoy it while you still can.