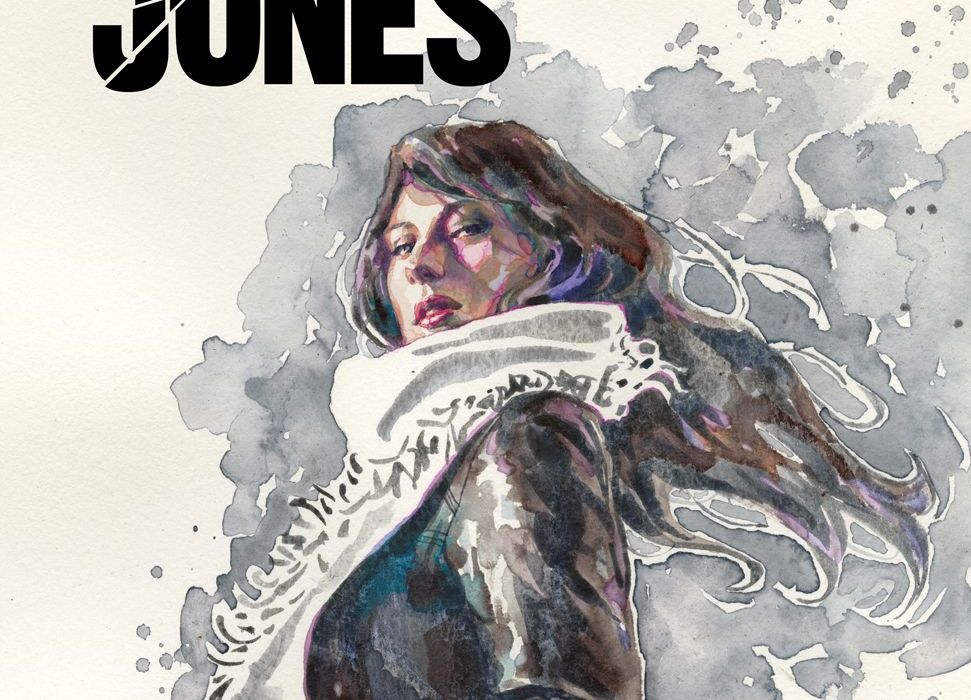 Hot on the heels of her husband’s small screen debut, Jessica Jones marks her comeback to comics with a classic creative team behind her and a real-world conundrum on her hands. 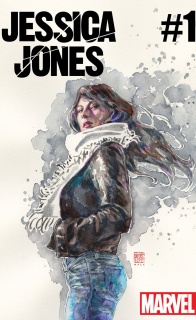 She is back after a decade! A lot has changed in the Marvel Universe and there are still many secrets hiding in the shadows. Secrets only a special woman like Jessica Jones can hope to uncover. Discover the haunting secrets from Jessica’s past in this blistering new series. Alias Investigations is open for business.

With a critical and commercial smash under her belt in the form of Netflix’s Jessica Jones, and a headline spot in the new Defenders series planned out, it only stands to reason that Marvel’s most messed-up detective would be back in her own book again before too long. Reuniting artist Michael Gaydos and writer (and current connective tissue of the Marvel universe) Brian Michael Bendis as the original creative team behind the book seems like a smart idea, and it’s not surprising to see the guys who built Jessica’s universe dive back into it with barely a ripple.

Jessica is a relatively unique Marvel character, in that she’s actually experienced a fair amount of evolution through her limited time in the world. Starting off as a costumed crime-fighter, manipulated and demoralised by Kilgrave into retirement, finding a non-heroic outlet in the media before taking her skills onto private investigation and finally motherhood, Jessica’s past is more storied than most, but Bendis has always managed to keep her exploits rooted in relative reality and more mature, emotionally believable consequence.

Post-Secret Wars this is Jessica’s first proper outing, and Bendis has, understandably reverted back to the formula that made her popular in her recent small screen debut, that of damaged detective. This issue sees Jess released from what we assume is Riker’s Island, friendless and frustrated, before attempting to slide back into her life as a PI. She takes on a client, more to pay the bills than for any sense of nobility, and finds herself tracking a man who swears he woke up eight months ago in the wrong life. Jessica’s skeptical but the job seems easy enough, that is until she finds herself dogged by a host of ex-friends and heroes including Misty Knight and Jessica Drew, all asking her the same question: Where’s the baby?

Bendis keeps this first issue characteristically low-key and it completely works. Just as with Marvel’s recent successes on Netflix, this grounded, realistic representation of Jessica feels as though it could be an indie detective comic rather than a superhero smackdown, and we’re only really even reminded of the nature of Jessica’s version of New York when her conversation is interrupted by a brilliant but brief street-eye glimpse of The Champions storming through downtown. While he’s been criticised recently for questionable scripting choices, Bendis’ Jessica still feels completely natural, and seeing her back in reluctant hero mode is both believable and prime ground for a strong story.

Bendis is currently churning out books over at Marvel, as well as shaping a large portion of the overarching universe in the current “Civil War” storyline, but it’s great to see him strip back his storytelling skills to a more contained project, and in “Jessica Jones” #1 I’m reminded of why Marvel felt confident trusting him with their world. Whether or not you agree with his work in the large Marvel universe, it’s hard to deny the guy can tell a compelling story.

But his work with Jessica wouldn’t be half as compelling if it wasn’t for Gaydos returning on art duties. His contemplative, heavily shadowed style is a huge factor in what makes this book feel like a top-end independent offering. What’s more, he completely understands the visual world of Marvel from a street-level perspective. “Jessica Jones” #1 offers up countless skilled panels of the hustle and bustle of metropolitan life until your head is all but spinning, before cutting through it all with the previously mentioned beautiful Champions splash, that reminds me of Alex Ross’ work on “Marvels”, not so much stylistically as simply for the momentary reverence it shows for these superpowered demi-gods in our midst.

Gaydos’ panelling is purposefully disjointed, packed with close-ups to the point of claustrophobia, and it makes for a really nice palette cleanser amid the swarms of splash panels and superheroics that we see in the Marvel universe. Bendis likes to talk, and Gaydos translates his scripts deftly with a lot of nuanced facial expression and a real sense of humanity that plays well throughout this issue.

“Jessica Jones” #1 is a solid enough jumping on point for anyone with a vague familiarity with the character. She’s as acerbic and agitated as ever, but Bendis and Gaydos aren’t just resting on her charm (or lack thereof) to carry the series. Already, in this issue there are hints at a strange detective story that could have real impact on the universe at large, as well as a personal issue that begs to be investigated further. It’s unfortunate that Marvel aren’t in the habit of dropping whole arcs at a time, but this is one book that feels like it’d benefit from being binged. As it is, I guess we’ll just have to wait until next month to see where it takes us.

Final Verdict: 8.6 – A sterling start from a seasoned duo who show that sometimes, going back to your roots can yield some seriously interesting fruit.