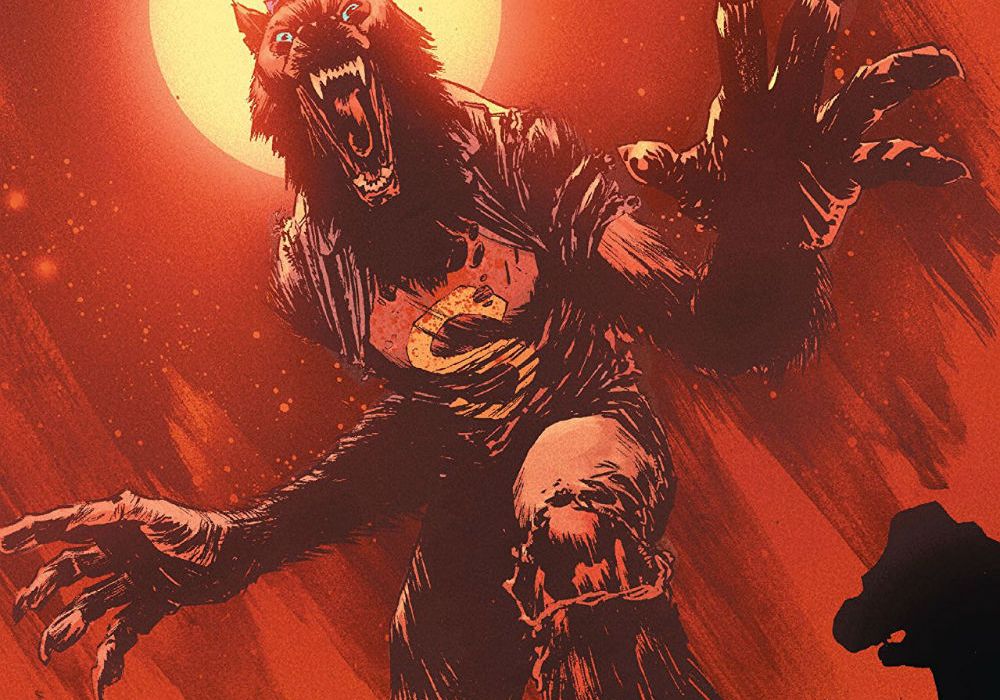 There is a hunger in Archie’s Madhouse; one that cannot be satiated by an endless supply of Pop’s burgers. But who has the hunger now? And what ramifications can come from giving in just a little bit. Minor spoilers ahead. 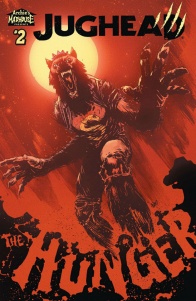 “Jughead: The Hunger” returns with its second issue (third, if you count the one-shot) and continues to delight the eyes with another macabre take on the Archie stable of characters. It’s always nice to have at least one of the Archie Horror books (now Archie’s Madhouse) each month. But a nice dose of horror is nothing if it’s not done well, so, how does “Jughead: The Hunger” fare?

Story wise, it’s a simple continuation of the threads started in issue #1: Archie, Betty, and Betty’s werewolf hunting cousin, Bo, continue to follow Jughead’s trail; Jughead tries his hardest to fight the hunger within; and Reggie and Veronica continue to terrorize Riverdale. On the surface, it’s pretty standard stuff for a werewolf story but what keeps me interested is the mystery built into each of the threads.

For the Riverdale thread, I want to know what Reggie’s end goal is. What did the hunger change in him? Why is he turning the residents of Riverdale into werewolves instead of just eating them? Why do he and Veronica have control over their powers while Jughead does not? For Betty’s thread, I want to know more about these werewolf hunters. For Jughead himself, I just want to see the poor man be safe. But there is also the question that’s been niggling at the back of my head since last issue. Who let Jughead of the chains and, if it was another werewolf, is it possible that Jughead never lost control?

These are the things that keep me invested in this book because, honestly, there isn’t all that much else to keep my attention. The characters, save for our main three werewolves, are fairly standard archetypes without much depth to them, especially the werewolf hunting crew. Theirs is the least interesting of all the threads and feels intrusive, keeping us from Reggie’s terror-thon and Jughead’s life on the run.

Betty does almost nothing this issue, Archie stands around pouting and acting as the audience surrogate, asking clarifying questions for us, and Bo, well, Bo is the mysterious cousin with a truck of werewolf killing guns and a penchant for not giving the Archie (or us) enough information. Beyond that, there isn’t much development for any of these characters because there isn’t time.

Moreover, a lot of this lack of characterization has to do with the dialogue and its lack of personality. None of the dialogue feels like it comes naturally from the characters and instead, you can directly see the author’s hand in it. Lines such as “The ending never really in doubt” coming from Veronica as she watches Principal Weatherbee get attacked or Weatherbee’s narrating how he’s feeling after running away feel forced and unnatural.

On its own, Veronica’s line isn’t so bad, but in conjunction with her previous line, “all that running, and yet still here we are,” it makes for a clunky read. It is an attempt to add tension to the scene and close it off with a one-liner. The issue closes on one of these lines as well. In theory, it should be mysterious and intriguing but the line falls flat, leaving me more confused than interested. I noticed this with the last issue too. There are lines that are obviously meant to be important or menacing or mysterious but they just don’t come off that way.

I do, however, have to add one caveat to that, and that’s with the dialogue of poor Jughead. His is the only one that really feels true to the character, having the right balance of humor and fear. The whole scene where he has to go out to get Hotdog food is probably the best scene in the issue. We feel Jughead’s fear through the constant repeating narrative captions, letting us know his desperation as he chants “they don’t see me. Everything’s fine” while he keeps his head down, avoids eye contact, and tries his hardest to attract as little attention as possible.

The Kennedys and Eisma do a great job of rendering the dark, murky places that Jughead has to hide in as well as the gore that comes in the back half of the comic. Earlier, Reggie’s transformation sequence is just the right balance of body horror, not going too far into the grotesque but also making sure that we can feel the bones shifting and popping, his teeth extending, and his body morphing into something inhuman. But, beyond a couple scenes like that, there is this emptiness to the art.

The characters themselves are fine, their expressions full and the posing dynamic enough as to make sure scenes don’t feel static, but their surroundings have this perpetual blankness to them. Normally, artists can get away with some panels not having full or even partial backgrounds; they are labor intensive to draw and can clutter up a panel with unnecessary information. Furthermore, sometimes a lack of background details is a stylistic choice but that doesn’t seem like the case here.

The place I first noticed this was the one where Archie is fighting random fists against an orange, lighter orange, green, yellow and then black background. While the fists belong to Bo, that’s not clear from the outset and, because of the lack of any background details, Archie is just punching at a void in a void. One other point where this is especially egregious is later when they are talking with the circus people. Maroni is yelling about Jughead stealing his chains but Maroni is placed in a cutout of red, surrounded by black. It feels like he was drawn on a red sheet of paper, which was cut poorly, and then pasted into the borderless panel that makes up the bottom corner of the page.

Furthermore, since we haven’t seen Maroni in this issue yet, we have no sense of place for where he is in relation to the rest of the characters. I didn’t even notice that they were in the tent until the next page because of this. I thought we were outside, which is where the lion cage was during the last issue.

That said, the coloring on the issue is stylized in a way that feels like a more aggressive version of Francavilla’s orange and blue pallet. It gives the pages a saturated feel to them, distancing us from reality and making the gory, horrific scenes feel less scary than it otherwise could have. This isn’t a bad thing but, because of the lack of backgrounds, the colors have to fill that role, harming the overall tone of the piece. I think the title could benefit from a color palate closer to that of the first page of the Jughead goes to the store sequence as opposed to the Archie punches at air sequence.

Quick aside: the orange feels like a unifying factor for all the Archie Madhouse title, which is a nice, subtle way to tie your imprint titles together.

I say all this because there is a lot to love about this concept and about the story this team wants to tell but it’s having a hard time fighting the empty dialogue, empty backgrounds, and surface-level characters. Either these things need to deepen or they need to have much less page time in subsequent issues.