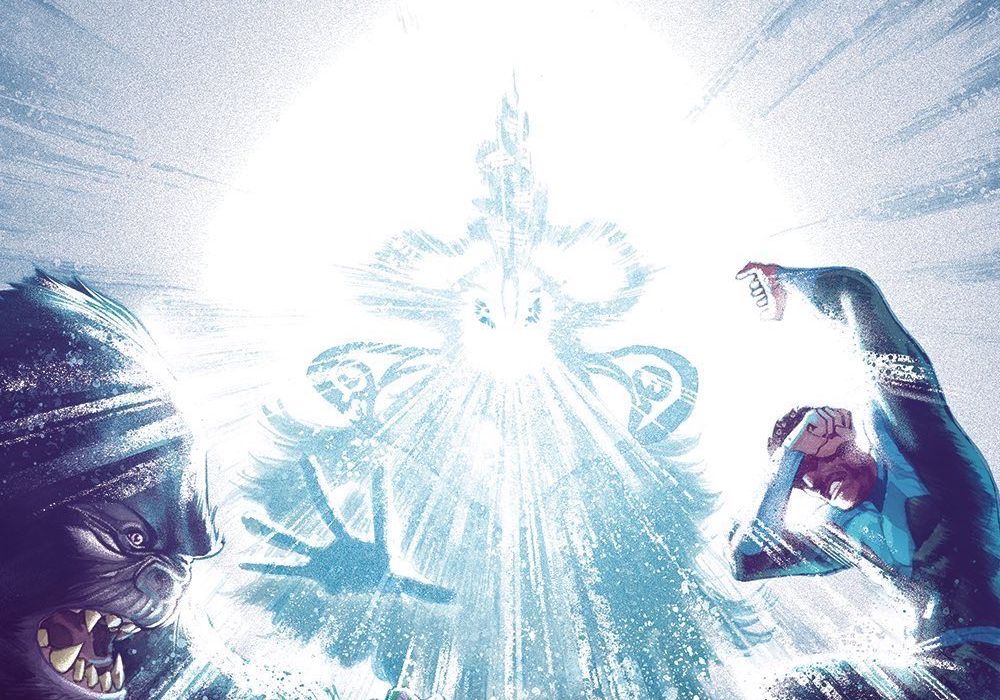 Few comics contain the bombast and ambition of DC Comics current “Justice League” ongoing series. The most recent storyline in the series explores the fallout from DC event “Dark Nights: Metal” while mixing Superman villain Mister Mxyzptlk into the fray. “Justice League” #22 is steering the title into yet another different direction with another Legion of Doom issue. The Legion of Doom installments thus far have caught readers up on the most recent developments of the villains of the title. How much ground will “Justice League” #22 be able to cover in just one issue and what will readers learn about DC’s new creation mythology villain Perpetua going forward? “Justice League” #22 also see’s a slight creative departure, swapping out series regular writer Scott Snyder for James Tynion IV and re-introducing artist Francis Manapul to the series. Will “Justice League” #22 be able to evoke the same level of quality from past issues given that it has so many differences? 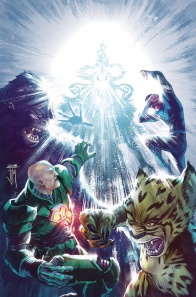 The Multiverse is teetering on the brink, and Lex Luthor’s Legion of Doom is poised for victory. But as the combined intellects of Brainiac and the world’s smartest man make their move toward conquering the keys to the sixth dimension, a much bigger power grows on the horizon. At last, the final form of Perpetua takes her shape, and the DCU will never be the same again!

As of late, regular “Justice League” writer Scott Snyder has been delving deep into the revised creation mythology of the DC Universe to introduce new ideas. “Justice League” #22 has a bad habit of retracing some of the steps that Snyder established in previous issues of the series, but author James Tynion IV forgets to add new elements into the equation. Fortunately, artist Francis Manapul’s pencils are perfectly suited to this bigger, abstract story that is lighter on certain plot elements. For an art direction geared towards big, bombastic storytelling, Tynion makes the mistake of loading the pages with captions and dialogue mostly recapping ideas that have been explored in past issues.

Snyder did a fairly solid job establishing the relationship between Perpetua, The Monitor, Anti-Monitor and The World Forger in the previous installment of “Justice League.” This issue covers all of that ground again without adding additional context. It would have been great to learn more about these characters or understand their ties to other DC properties. Tynion also could have used the space of the issue to explore the Legion of Doom’s relationship to Perpetua and their reactions to the revised creation mythology.

The cerebral script of “Justice League” #22 gives artist Francis Manapul lots of opportunities to take huge changes with the art. Manapul charismatically switches up his illustration style to suit the art on the page. Even though the issue is exploring plot elements and ideas from previous issues, the layouts and bombastic nature of the storytelling add an impressive degree of intrigue into the artwork within the story. Manapul’s slick level of detail on Perpetua’s character design is astonishing to look at in every single page. Seeing the Monitors and World Forger in a slightly different context from series regular Jorge Jimenez’s pencils is another welcomed treat in the issue.

While “Justice League” #22 tells a fairly derivative story, nearly every single page of Manapul’s artwork lends some sort of visual intrigue into the script. Even though the comic essentially recapped recent events from the DC Universe from someone else’s perspective, Manapul seized the opportunity to visually interpret how much different the events of the series would look from characters like Perpetua. The title is also loaded with double-page spreads that take advantage of the medium of comics. Even though it can be difficult to read the book in a digital format, seeing Manapul’s work in a larger context is stunning.

Tynion’s script has a really bad habit of recapping information. The script adds incredibly small details that readers would have assumed regarding these characters from previous chapters. Even with the aggressive bi-monthly shipping schedule of the series, the book should always be aspiring to cover lots of ground. Getting a Legion of Doom branded issue with the titular characters only featured in a handful panel is a huge letdown. Tynion and Snyder have both shown they possess a great handle on the villains from past issues. With the last issue of the title shedding light on a massive reveal regarding The World Forger, “Justice League” #22 barely pushes the plot forward.

“Justice League” #22 feels like a good-intentioned step backward for the comic book series. There is so much potential in exploring the recent development of the series through the perspective of The Legion of Doom. Tynion’s script adds lots of prose and captions to ideas that are communicated perfectly well in the artwork of the series alone. “Justice League” #22 features incredibly impressive and detailed artwork from Manapul. Manapul’s interpretation of Perpetua and the Monitor characters should still spark a level of intrigue from the reader. The layouts and visual direction of the issue are bursting with a limitless ambition that I wish the script for the issue carried as well. At the end of the day for better or worse, “Justice League” #22 ends up leaving me wanting more “Justice League.”