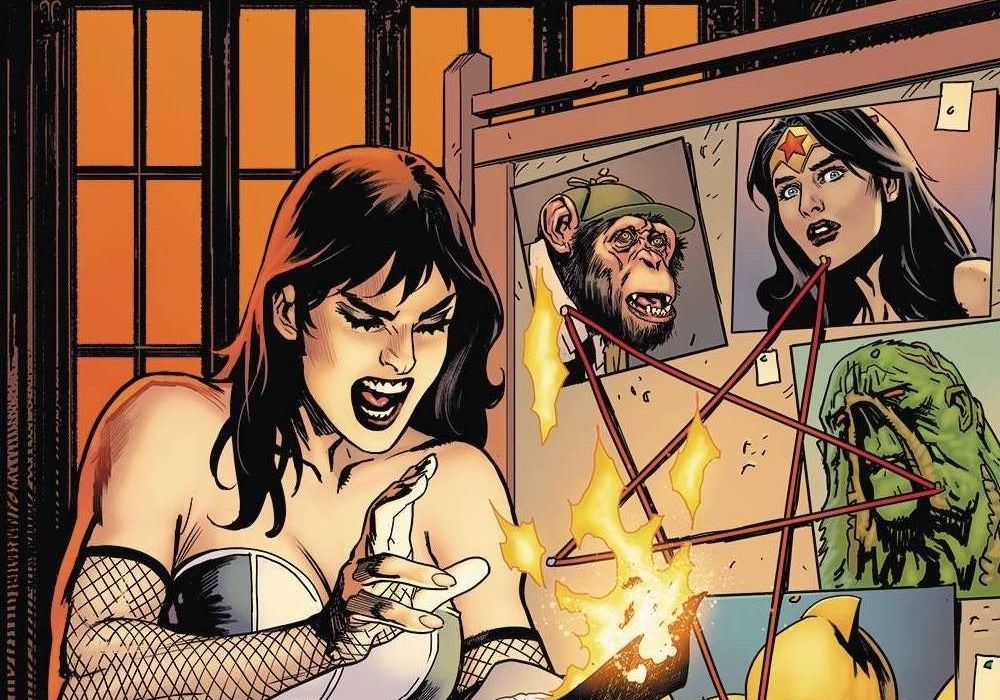 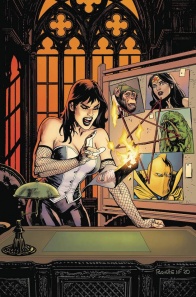 At last, Justice League Dark’s mission reaches the moment fans have been waiting for: their descent into the Other Place, as a reborn Swamp Thing, Wonder Woman, and Zatanna sharpen their swords and spells to battle the Upside Down Man. But Zatanna has more than just cards up her sleeve. The team discovers her burning secret, while Detective Chimp must come to terms with his own role within Team Dark.

“Justice League Dark” #24 is a harrowing new entry in the series that gets every aspect of the title right from a characterization standpoint. Author Ram V keeps the title intact with immense quality within the script. Ever since he stepped in for previous writer James Tynion, the series hasn’t skipped a beat. Ram V keeps Tynion’s plot intact honoring all the nuances of the script that came before while ushering in the end of the series’ stunning year-spanning epic tale about the team fighting The Upside-Down Man. Ram V’s script has incredibly subtle turns of phrases and surprising scenes that push readers towards the end of this story with urgency.

The plot’s non-linear structure makes the title incredibly harrowing. With a sophisticated script loaded with so many characters, I applaud Ram V for making sure the issue still has a solid level of craft. Seeing the pieces lead up to the first page of the issue while slowly getting more context about Zatanna’s current dilemma is thrilling. Zatanna is emotionally desperate and feels hurt by other members of the team. The issue has a lot of conflicts but focuses on resolving inner demons for lots of the main characters in the issue. Detective Chimp has a few really important pages with Wonder Woman that gives their relationship the context and meaning to justify his inclusion in the series.

“Justice League Dark” always has incredibly gorgeous art. Alvaro Martinez’s pages were some of the best in the series and I’m happy to say that Amancay Nahuelpan is able to continue this trend. The issue has complicated page layouts that retain a lot of expression and action. While the title features lots of horrific moments there’s an impressive level of beauty in the noir shadows from Nahuelpan and colorist June Chung. My sharpest criticism of Nahuelpan’s art is that it doesn’t have quite the command over the beautiful line that Martinez has. I also don’t think the page compositions are quite as intricate as Martinez’s line. Aside from a few blemishes and harsh comparisons, the art is strong overall and there are lots of detail packed in every page.

Ram V’s script carries an impressive sense of pacing throughout the issue. The drama between Kent and Kahlid doesn’t even slow the script down. The two share a couple of wonderful moments acknowledging their accomplishments and relationship throughout the course of the series. Tynion and Ram V’s focus on the underdogs and commitment to subtle melodrama carries a sense of emotion. I also liked how Ram V isn’t afraid to narrow the scope when the script calls for it. There are a few members of the ensemble cast who are barely in the issue allowing for Ram V to keep a stronger focus on Zatanna and Wonder Woman. Without these extended sequences, I think there are numerous character moments that would not be quite as effective.

Thanks to the past 23 issues of solid characterization and interesting relationships, “Justice League Dark” #24 is a great payoff for the series. Despite the fact that this issue is only setting the stage for what is to come, Ram V continues to keep grounded, interesting conflict in play while having key characters slowly shift in place for the final battle. In a series that has so many characters, an ensemble drama can lose track of one specific protagonist. I’m glad to say that Ram V ends the issue with a solid new direction for key characters in the issue like Khalid, Diana, and Detective Chimp. The relationships that these characters form with each other ar established really well here. Ram V has so many disparate plot threads unfolding at once here and the issue never feels cramped.