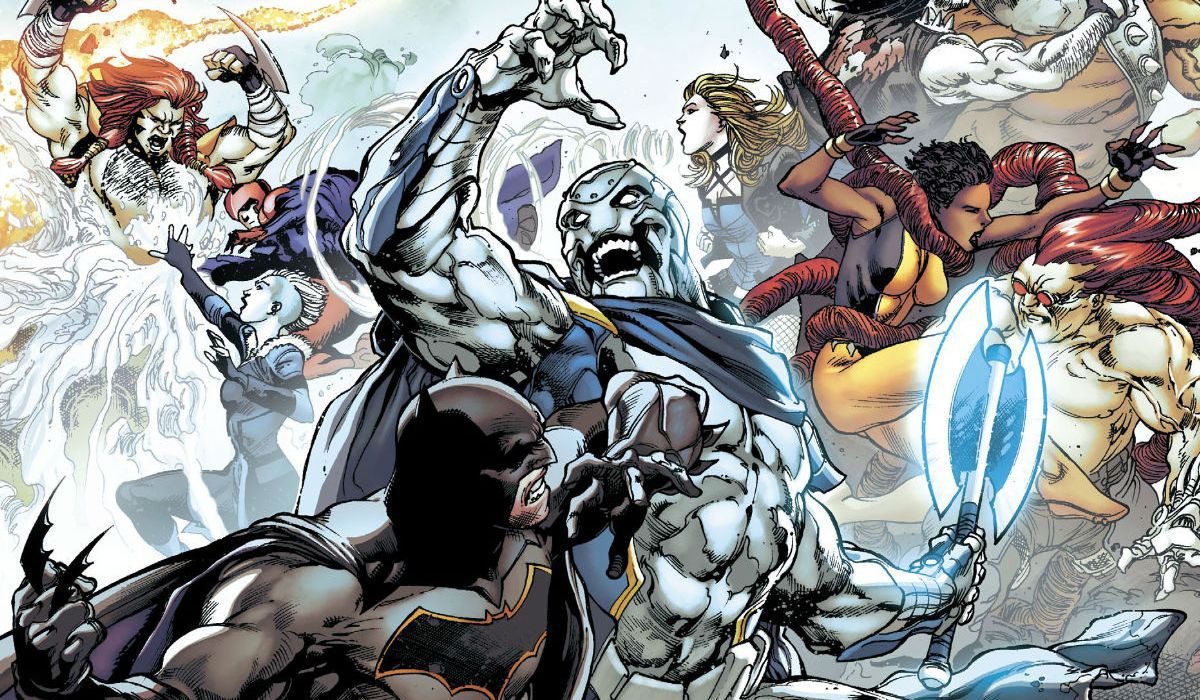 While the promise of a new “Justice League of America” team by writer Steve Orlando and artist Ivan Reis has plenty of opportunity to be a sleeper hit, the two previous issues have not been able to reach that potential. Could this be the issue where the team finds a more solid groove and is able to live up to just how interesting it could be in seeing oddball Justice League members unite to fight evil? 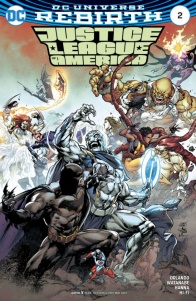 “THE EXTREMISTS” part two! Believing heroes to be threats to the survival of any world, Lord Havok and the Extremists have already murdered the mightiest heroes from their home dimension. To save our Earth they’d kill thousands more, starting with the newly formed JLA. But eye-to-eye, are Havok’s and Batman’s goals that different? Billions of lives depend on the answer.

While the first issue of the series contained several fun character moments, the introduction of the villain Lord Havok was rightly criticized. The villain is a cartoon cut-out stereotype of masculine aggression. He threatens to further derail the issue with an early scene that continually proves how much a of a physical threat he is to the Justice League. However, the villain is so new that readers don’t feel any sort of tangible threat he poses against the team. Worse still, Havok and his buddies take up so much space in this issue that Orlando doesn’t get the chance to flesh out the main cast of characters. The reasons as to why this team was called together have not been clearly defined. Readers still are not quite sure why this version of the Justice League is the one that Batman formed when there is already a main “Justice League” and the Bat Family of heroes in “Detective Comics.”

The actions of Lord Havok in this issue don’t make him the most interesting character in comics. The villain continually cements himself as an ultra-masculine force of nature through violence and aggression by taking control of people who are less powerful than him to assert his dominance. Orlando doesn’t just show us a scene like this once, but several times. He doesn’t give readers the chance to feel empathy towards this character, to become more invested in what he is actually doing. The thin characterization hurts this second issue that should be starting to find its groove with such an interesting cast of characters littered throughout. Orlando barely gets the chance to flesh out Lord Havok, and the other villains of the team are so forgettable that “Justice League of America” #2 takes a fantastical premise and still manages to be boring.

Another problem here is the amount of middle men that Orlando puts between the Justice League of America and the villains. There are multiple obstacles that he throws in the way of the team that only serve to slow the pacing of this story down. The introduction of the team of villains last issue wasn’t as bad as the writer worked to introduce some stronger character beats throughout the issue. However, Orlando repeats a few things from the script that we’ve seen in previous issues.

Watanabe’s work is completely at odds with artist Ivan Reis. The transition between artists feels jarring at best and disappointing at worst. While it does seem clear that Watanabe has a certain level of technological proficiency that moves the issue along, the artist’s less polished approach of these character models and designs make this work less fluid than Reis’s pencils in issue #1. The artist’s fight scenes in this issue are where his work comes alive, but the quiet, interpersonal team moments look odd with inconsistent, distorted faces. While the action is fluid and layouts in this issue are beautiful, Watanabe’s inconsistent facial work and attention to detail is difficult to overlook.

Orlando’s disappointing first story-arc for this series isn’t able to tap into the strength of the leads. The pacing of “Justice League of America” #2 that should be building towards a big confrontation but slows down the pace of the narrative considerably with the addition of politics. Pitting such a large physical threat against this oddball team of Justice League characters doesn’t take advantage of what this comic is a capable of. Orlando needs to start putting one of the team members at the center of the conflict and flesh them out more extensively. The status quo shift at the end of this issue also feels a bit sudden and hard to invest in. Something should be said about the fact that Batman would be more wise to bring out the premiere Justice League for this big battle. With such a unique group of cast members making up the team, future issues have plenty of opportunity to live up to the potential of this book in future stories.

Final Verdict: 5.0 – Orlando’s physically daunting villains don’t take advantage of what this new Justice League of America team is capable of, as Watanabe has the impossible task of filling the shoes of Ivan Reis.