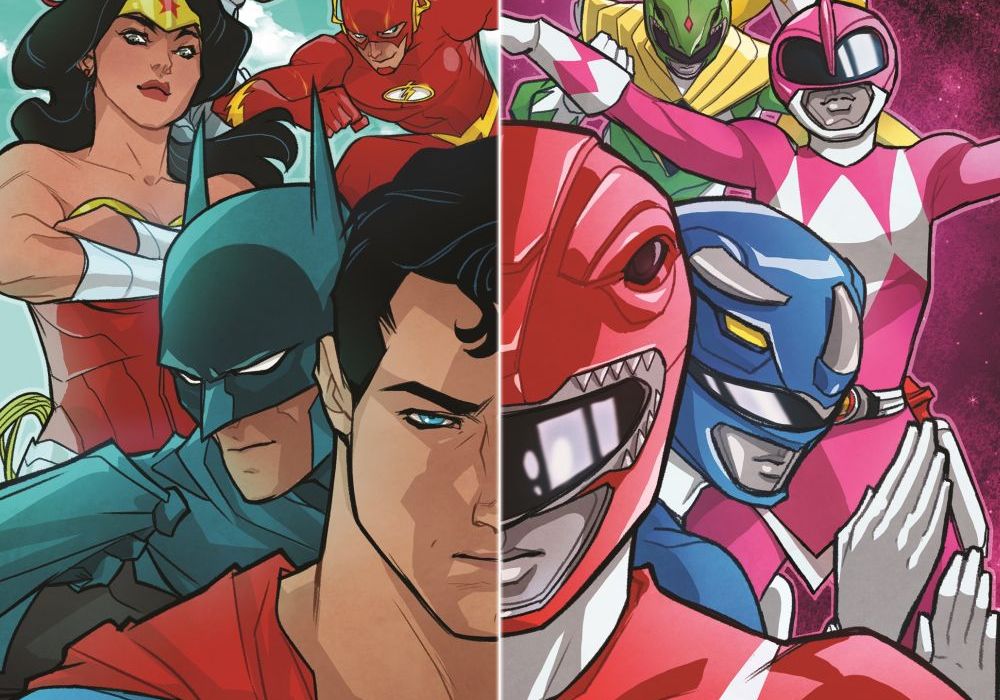 Go Go Crossover! Two legendary teams meet in a crossover that should’ve happened years ago! How well does it open up? Let’s find out! 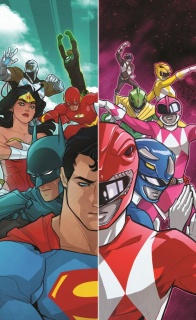 Two of comics greatest teams team up for the very first time! Something terrible has happened in Angel Grove! When the Command Center is breached and the teleporters are damaged, Zack is flung into another universe, where he’s mistaken for a villain by a mysterious masked vigilante. Can the other Power Rangers get to their friend in time to save him from Batman? Co-published with BOOM! Studios.

Two of the most iconic groups of superheroes together for the first time, with the creative team of Tom Taylor and Stephen Byrne at the helm. While this issue is a slow introduction to the concept, it is still an enjoyable launch.

BOOM! Studios has taken the original Mighty Morphin’ era into a bit more mature realm while still maintaining the campy fun behind it and Taylor and Byrne continue that here with a very somber cold opening that focuses on Zack, the Black Ranger (and yes, let’s get this out of the way: yeah, the original Black Ranger was..well…black. And the original Yellow Ranger – Trini – was Asian. I know, it’s screwed up!) before we go back 36 hours and get a decent introduction to the Rangers proper. The creative team do a good job selling the feeling of inside the Zordon’s Command Chamber (even if Byrne’s style does make Zordon’s image a lot smoother than the granny footage from the show, but just a nitpick).

But it isn’t long until things go awry, courtesy of one of the best Ranger’s villains, Lord Zedd. I got to give props to Taylor for using such beloved Ranger mythology as a ploy for Zedd to get a heads up on the Rangers, which kickstarts the interactions between the Rangers world and the DC universe. More specifically, between the Rangers and Batman. It’s a fun little romp, but it does come off as a bit “been there, done that”. Two teams that don’t know each other, think each other is a villain and begin to fight one another. It provides some good banter, especially when Flash enters the fray, but it does drag on.

Which does bring me to this issue’s big weakness: it is slow. Not bad. There is fun here, but for a mini-series, this issue is going into the next issue where both the groups are still assuming that the other is a bad guy. Although I’ll give credit to where it’s due: the final scene of this issue is hilarious just for its sheer absurdity of blending Power Rangers’ camp with Batman’s more “grounded” nature.

Stephen Byrne’s artwork is real good here. He provides a very smooth and clean picture that allows for some dynamic fighting scenarios. It fits right in with the style being utilized in the main “Mighty Morphin” ongoing. And he draws a wicked Lord Zedd, right out of the television show. Speaking of, I always have to give a giddy squee when illustrators use Batman: The Animated Series inspiration for the Batmobile (What? This is a crossover covered in Nostalgia! Let me have that moment!)

Byrne’s use of coloring is also on point, being able to be incredibly keen whether it is the brightness of Angel Grove or the more subtle coloring of Gotham without ever feeling drab. Going back to the Command Chamber scene, Byrne use of glow makes the scene feel like right out of the show. The final scenes where the brightness of the Pink Pterodactly Zord and the gloom of Batman clash is also real good, further emphasizing that hilariously awesome final scene.

All in all, it’s a slow, but enjoyable, beginning. I wish all the players were ready to go by issue one, but that will be something we have to wait for.

Final Verdict: 6.8- A solid start to what hopes to be a fun crossover.