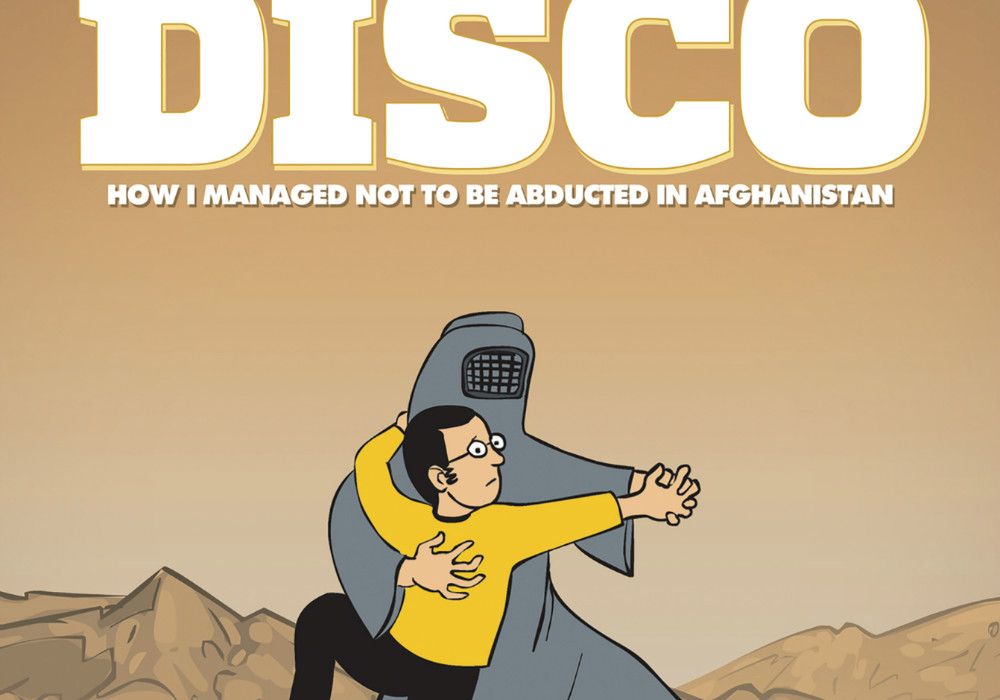 In these turbulent, war torn times where political opinions can stain you permanently, how do you make the war in Afghanistan both charming and amusing? Apparently, you get Nicolas Wild to tell you a first person narrative of his time there as a cartoonist. It is hard to imagine a more upbeat interpretation of Kabul, and while he touches upon all the expected and unexpected hardships and atrocities that one would conceive, he does it in a remarkably positive tone. 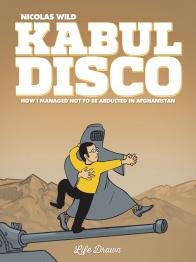 Written and Illustrated by Nicolas Wild

It’s 2005. Nicolas Wild is a French cartoonist. He’s broke and about to be homeless. He’s a man without a plan. That is until destiny shows up in his inbox: a paid job… In Afghanistan!

In this recent softcover re-release, “Kabul Disco: How I Managed Not to be Abducted in Afghanistan” is a book I wasn’t sure what direction would take. Luckily, there’s enough in the title and the cover that hints at the lightheartedness of the story. I’m not one to hunker down with poignant, thought provoking material that is there to also make me miserably sad. Thus, the book’s quirky title and the illustration of Nicolas dancing on a gun turret gave the promise of at least some levity.

Realize that what I love about the book may not necessarily be for everyone. The world is full of some truly shitty things, and I myself do not like getting hit over the head constantly with a barrage of how bad “x and x” place is. This doesn’t mean I don’t want to learn or understand them though. “Kabul Disco” brings the reality of Kabul and Afghanistan to light without the soapbox to stand on. While the window into the world may be limited by Wild’s experience, his experience would be more akin to that of myself or the reader.  Without truly understanding the nuances of a conflict, you simply try to survive, do your job, and perhaps do some good as well. 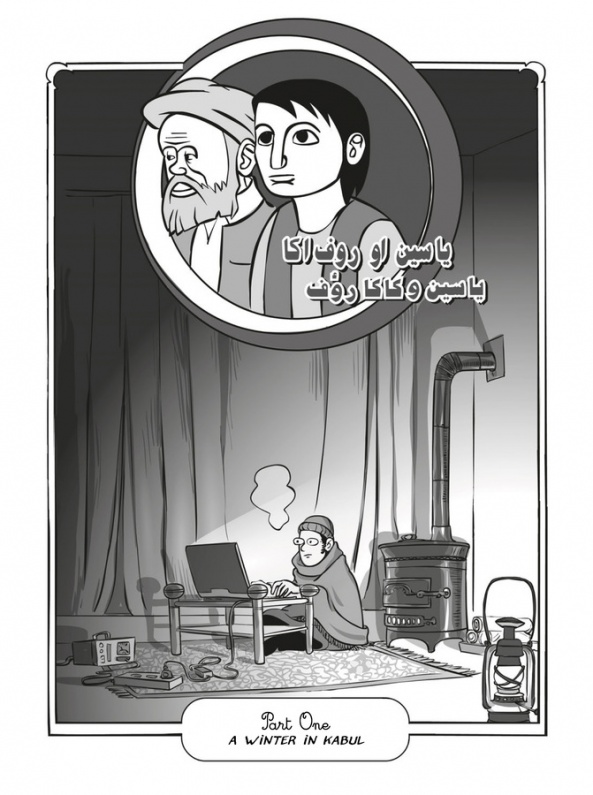 Before you read this review and think that “Kabul Disco” is a slapstick comedy with no bones, it is far from it. In it’s truthfulness we see perhaps an honest representation of Kabul and Afghanistan during the war. We see how utterly preposterous their ruling structure has been for the past decades. How the country has been at the whim of whoever has seized control, whether it be the Russians or the insurgent Muslims. Most of all, we see how a war torn country can be seen as a ripe fruit ready to be plundered. Without ever setting foot in a country at war, I can only speculate to the type of person who would setup a business there. Theoretically, you hope that those who venture to these great lengths are all doing so for the noblest of reasons. The reality though, is that most do it for their own personal benefits.

While we never truly understand the motivations of Zendagui (the company Nicolas works for,) nor is there a glimpse to their monetary benefits, we can surmise much based on their actions. At no point does it truly seem that the company feels a devotion for the country and its people. It feels like they, like so many other companies in the past, saw an opportunity for profit. If they happen to help the people, well who can argue with that. Even Wild’s motivations are purely selfish. Yet, they are selfish in the most innocent of ways. He needed a job. Who among us as not succumbed to selfishness when pressed against the possibility of having no money. And there is where the charm of the book comes from. It is transparent and real in a way that a carefully sculpted tale would not allow itself to be. 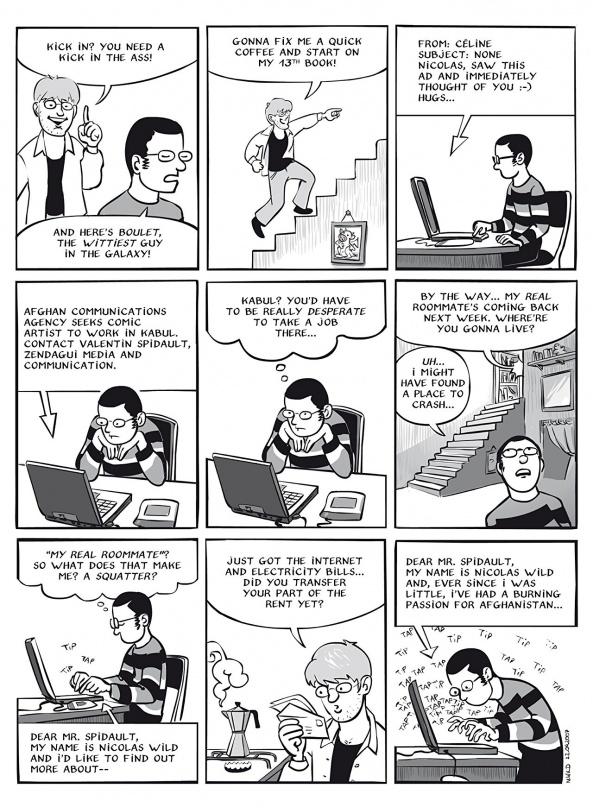 Make no mistake, “Kabul Disco: How I Managed not to be Abducted in Afghanistan” is a wonderful, wonderful book. Beyond it’s black and white pages and cartoonish art lies a unique glimpse to the author’s world and the experience he had. As a plus, it is legitimately funny. Laugh out loud funny, which is exceptionally rare. I can’t recommend this enough. We should all thank Mr. Wild for the frankness of his tale, and I look forward to his follow-up, “Kabul Disco 2: How I Did Not Become an Opium Addict in Afghanistan.”