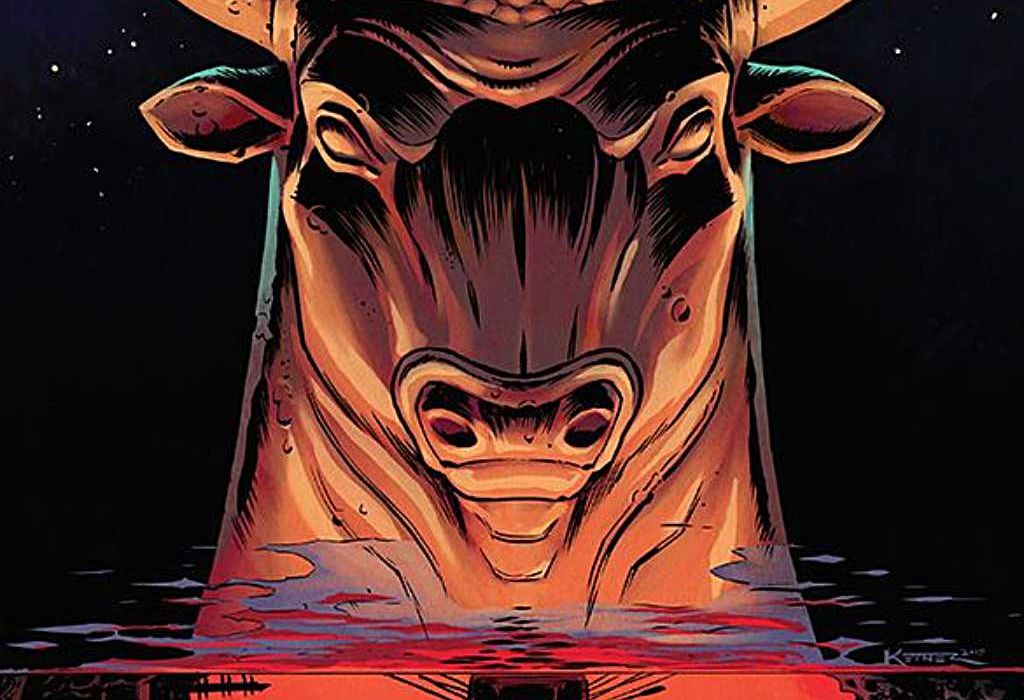 The story of Theseus and the Labyrinth is one that has permeated throughout human culture. Being trapped in a maze, seeking safety and comfort only to come face to face with the Minotaur. Now, Chris Pasetto, Christian Cantamessa, Lukas Ketner and Jean-Francois Beaulieu explore that tale in a new comic from Image Comics.

Read on below for our full Advance Review of “Kill The Minotaur” #1. 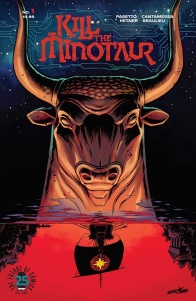 Kill the Minotaur #1
Written by Chris Pasetto and Christian Cantamessa
Illustrated by Lukas Ketner and Jean-Francois Beaulieu
Athens lost the war to Crete. Now, they pay tribute to King Minos by sacrificing their best citizens to his unearthly labyrinth. Conspirators believe Theseus can be the hero they need to end the mad king’s bloody reign…but no one on this world has ever encountered anything like the savage minotaur. CHRIS PASETTO, CHRISTIAN CANTAMESSA (Red Dead Redemption) and LUKAS KETNER (WITCH DOCTOR) reinvent the most fearsome beast of all with this horrific tale of heroism. Each issue features 30 pages of story!

My initial enthusiasm for “Kill the Minotaur” was tied only to one of the creators. Lukas Ketner previously worked on the incredibly underrated “Witch Doctor,” a supernatural medical procedural with awesome art. I figured that his next project would at least be nice to look at. I came into “Kill the Minotaur” with no other expectations.

Well, as it turns out, “Kill the Minotaur” is a very straightforward telling of the myth of Theseus and the eponymous Minotaur. Where most comics that choose to retell a famous story would put a gimmicky twist on it, “Kill the Minotaur” is refreshingly simple. The story of Theseus is one of the densest in the Greek canon, with a lot of characters and memorable details. Though I consider myself to be a mythology buff, there were aspects of the story that came as a surprising reminder to me.

A lot of that comes through in good comic book storytelling. The characterization, for example, is top notch. Theseus is a prototypical hero of Greek myth; he’s a mighty warrior, but too proud and headstrong, but he tempers that with his quick wits. Writers Pasetto and Cantamessa (the latter of whom worked on Red Dead Redemption, one of my favorite video games!) write a Theseus who is both personal and specific. He doesn’t seem like generic haughty warrior in a toga #7 (and yes, I know togas are Roman), he reads like a full person. He’s a proud prince, he’s a little overconfident, but he’s more competent than the non-heroes in the story. The different threads of his personality weave together to make a coherent person. The same goes for King Minds (who I know as King Minos from my “D’Aulaires’ Book of Greek Myths”), and especially for Daedalus, one of my favorite mythological characters.

Ketner and Beaulieu’s art doesn’t disappoint. Although I can see the thread from Ketner’s earlier work, he’s come a long way. For a couple of pages, I thought I was looking at the work of James Stokoe. Everything is incredibly, almost nauseatingly detailed. The pleasant, curving linework becomes jagged and almost blurry around the edges, making the familiar images of white columns and the like seem exotic, which is fitting.

If there is a criticism to be had, it’s that the surprising aspect of the artwork doesn’t necessarily come through in the plotting. The story is so straightforward that even when the necessary twists came around, they felt inevitable. It doesn’t ruin the comic by any means, but when you know what’s coming next, you sort of want to rush straight to the good parts. Certain scenes drag down the pace. You want to see the Minotaur, the Labyrinth, and the ball of string! By the end of the first issue, you’ve only gotten a partial look at one of those things.

One place where the writing excels however, is in its use of expletives. I’m serious, having Greek myths cursing like they’re in a “Jay and Silent Bob” movie is a great touch. The F-bombs are laid down pretty thick, and when Theseus has his “oh shit!” moment, I could relate. Indeed, that seems like the only proper response. Instead of taking a Shakespearean approach, or having everyone talk like they are in a Thor comic, the characters speak like modern people in these situations, and it really works. It supports the grounded approach the creators seem to be going for with their presentation of the myth.

I would say that “Kill the Minotaur” pleasantly surprised me. The last Greek Myth I read in comic book form was “ODY-C,” which was patently weird. This comic sets out to do a really, really good job at telling a story most of us know, even if we don’t remember every single detail. At the end of the day, that’s a job that comics do very well, almost as well as mythology.

Final Verdict: 8.0 – A quality creative team’s take on the myth of the labyrinth may end up being one of the definitive tellings.