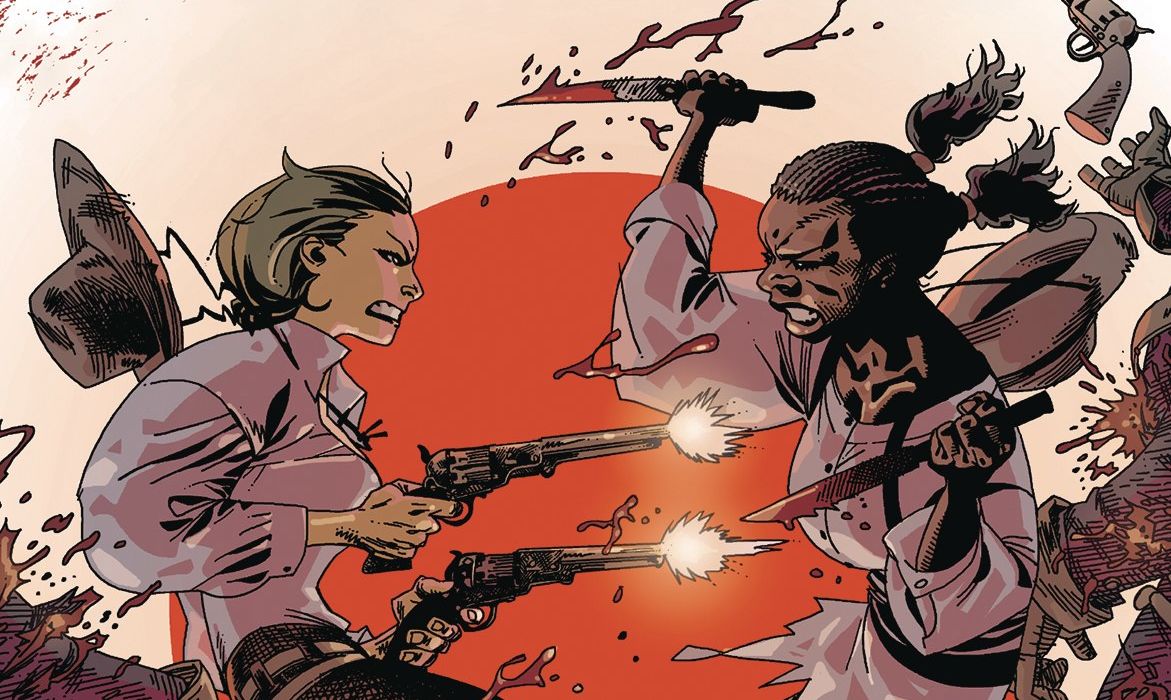 Towards the end of the American Civil War, a young Alabama woman is on a crucial quest that could destroy or end her life. Minor Spoilers Ahead 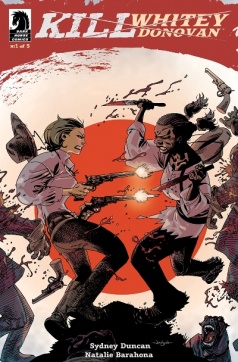 Anna Hoyt, the daughter of a prominent doctor in the mid-1800s, finds herself heading to kill the man responsible for destroying her family and the suicide of her sister. Jim “Whitey” Donovan is somewhere in Atlanta, and Anna will be aided by one of his slaves, a young woman named Hattie Virgil. An evil and powerful man, unseen in this issue, Whitey Donovan has wronged these two women, in very different ways, but the hatred they both share for him is what will set them on their joined path to end him.

Alabama, 1864 – The American Civil War is nearing its end. Anna now lives alone in her family’s home and is plagued by dreams of her past. Having moved to the area with her family when she was just a child because of her father’s job as a local doctor, she is stuck here. Stuck in the ruins of her past life. We don’t yet know the details of the events that led her to this point, but as small glimpses come and go, the bigger picture begins to form.

We are given a brief flashback as one of Anna’s dreams, but it’s just a fleeting moment of her arriving by train with her mother and baby sister. There are a few details worth noting and questioning once Anna is on the train platform, but no explanation is given to any of them. Though the inclusion of a young slave girl making eye contact with Anna seems to be the most important. It would be a simple conclusion to assume that the young girl is Hattie, as the following sequence is Anna going to convince her to join the quest to kill Whitey. Though, this is never said outright.

This first issue is an interesting one. It gives us a little mystery, some suspense, and some real-life drama and horror. The script is tight, quick, and never lets us up for air right from the start of the issue. Coming from the world of prose novels and pro-bono law, this is writer Sydney Duncan’s first comic and it never feels that way. She gives us so much to contemplate, and never drowns us in exposition or an over-complicated plot. It may not be the most polished comic script out there, but it is never anything less than very good.

Not knowing what future issues hold, as of now, this story never feels like it is going to get to the point of fun revenge thriller. With most writers that would be the perfect outlet when setting a story within one of the darkest chapters in American history. Right now the serious tone is more than welcome as an exploitation version of this plot would be too akin to Django Unchained and that just isn’t necessary here. The amount of realism on display is more than satisfying.

This isn’t the Confederacy through a Hollywood lens. It’s dirty, nasty, and violent, but in a real world way. As a fan of wild revenge flicks, Duncan’s restraint is admirable. She is telling us a gritty and plausible story in a medium that works in its favor. This is a story about representation. It focuses on victim empowerment, race, and history; and it never shies away from any tough moments. There is nothing comfortable about this comic and that is what makes it such a great read. It needs to be out in the world.

Another first is Natalie Barahona working on this book as sole illustrator and colorist. Having less than a handful of comics under her belt as an inker, colorist, and letterer, this is a huge change of pace. It is safe to say she took this challenge and not only met it, but went beyond it. Her pencils are fast, loose, and occasionally wild – her style matches the pace of the writing. While she does a great job with the characters and the beginnings of fleshing out this world, her talent fully comes through with her color work. It is both natural and of another world. The way she captures the night is impressive and gorgeous. She uses a wide array of colors to create shadows, true dark, reflections, and other various details. It really looks like little else in the world of comics. One can hope this is just the start of a great career, because she deserves to be on more books.

Jason Pearson, who was one of the first to tell Duncan she had a great story on her hands, lends his talents to the book as the cover artist. It’s a wild and brutal cover, but it doesn’t quite match the story within. It does, in fact, lean more towards an action movie tone.

“Kill Whitey Donovan” #1 is the type of comic that rarely comes to fruition. In different hands this would take on a very different tone. And to be honest, it would be a version that readers would expect and would even think they wanted, but this is the start of something far more promising. Taking this plot seriously is the best way to keep it relevant and an important read well into the future. With the amount of backsliding the world has done in the last few years, this is just another story that needs to be told and we are lucky a chance was taken to get it published. The only thing holding this issue back are a few moments of neat storytelling that moves things forward just a little too perfectly, but otherwise, there is little to criticize with this book.

Final Verdict: 9.0, At times upsetting and violent, this is an incredibly well-crafted start to a tale of humanity.