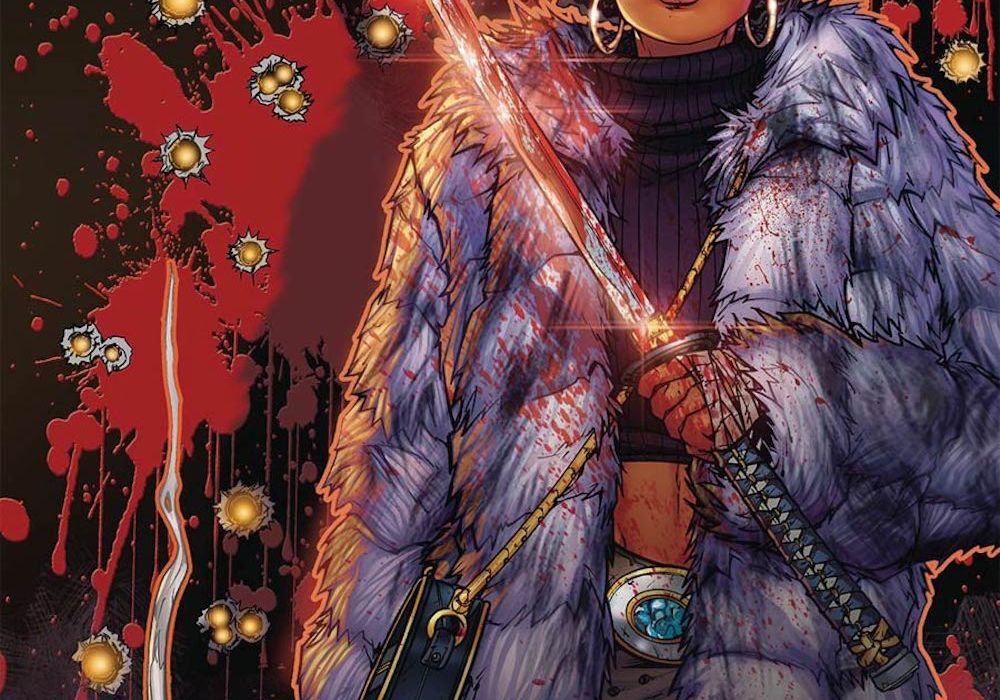 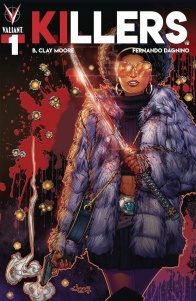 Five deadly assassins are recruited into a game of cat and mouse by their former sensei, the mysterious Jonin!

But what does the Jonin want from them, and what do they gain out of helping him?

Each of these assassins can channel their ki—the spiritual energy within all beings—in different ways, granting them incredible powers, essentially making them “superninjas”!

Looking at “Killers” #1 from the point of view of someone who has only the most basic information on the “Ninjak” franchise can be somewhat confusing. Who are these people? How are they doing the things that they do? Who or what is the Jonin? What were the Ninja Programme agents forced to do? Why are some considered dead? All of these and more seem to require even the most basic of answers to move forward into the story of British ninja agents, and B. Clay Moore seems to be up to the task, with the added drama of inter-agent conflicts and implied government conspiracy.

For newcomers, Moore is good at getting the ball rolling. First, the focus on Ninja-G enables Moore to concentrate in on the harsh nature of life in “retirement” for the former agent, along with the jaded and angry attitude that would come with being a former government operative who became less inclined to work for them. In effect, her side of the story relies heavily on pure exposition, with her simply being in various places or finding things after they happened. Readers are shown the events that led up to each of these encounters with the aftermath of different assassination attempts (successful or not), but the majority of the action of “Killers” #1 is left to the introductory scenes and Ninja-J.

J himself does a very good job on that front, showcasing what agents of the Ninja Programme are capable of doing, from their superhuman powers to their combat capabilities. The fight choreography makes up the highlight of “Killers” #1, with a brutal fight for one’s life on one hand, and a relatively easy battle between a highly trained assassin and the other less-trained ones who come after him on the other. If the story is called “Killers,” it may as well do well in the act of actually killing people, pulling the “00 agents as ninja” aesthetic to the forefront.

Unfortunately, while there is some detail given, Moore is forced to rely on previous reader knowledge to glean why any of the action in “Killers” #1 is more capable of delivering this kind of story than others of its type. What is happening and why are probably intended to be confusing, but the overall effect leans away from intriguing plot elements and toward confusion for the sake of confusion itself. Of course, not everything can be explained in the debut of a four-issue miniseries, but the lack of effective context still makes getting invested difficult.

As befitting a ninja-oriented series, Fernando Dagnino’s artwork focuses heavily on light and shadow, using it to set the mood of any given setting. From concentration on the darker parts of a scene in even standard lighting inside of a home to even further shadows that even lay across or from individual objects in a scene, everything in “Killers” #1 is given a certain weight to it. A sword’s blade feels all the more dangerous when it has a definitive shadow to it, the light glinting off of the metal demonstrating how sharp it is. On the other hand, there is less work with shadows in calmer scenes, such as the beginning of J’s shown time in Italy. When the danger starts, the shadows deepen, but at first they are all relatively light, only showing where the sun happens to be rather than acting on any mood set by the plot. The overall effect is one of the seriousness of the story “invading” an otherwise calm situation, and Dagnino works through that lens very well indeed. In fact, it is this very focus on light and shadow that makes the concluding pages all the more shocking, as there is no predetermined mood-setting lighting until the twist has already happened.

José Villarrubia’s colors help to enhance the aforementioned mood-setting lighting in Dagnino’s pencils. As with the illustrations, colors are relatively normal, even bright or varied, when situations are rather calm outside, allowing for readers to understand that the darker scenes around it and other non-action settings are entirely distinct and require a different kind of focus. Splashes of blood merge black and red to add to the visceral nature of combat, with pools of the liquid darker than that to show both the oxidation effect and give a general idea of beginning to “melt” into the surrounding environment. Backgrounds range from a splash of a single color to having translucent figures in the background to help showcase characters’ focus and the importance, or lack thereof, to other elements outside of their attention.

In some cases, Villarrubia’s colors allow for one element or another to stand out from the pack, from the orange shine off of Ninja-G’s sunglasses in a largely muted environment to the bright lights that come up when Ninja-J activates his ki-related powers. When G comes to speak with J, her orange pants and blue shirt clash against the muted browns and yellows, making her intrusion all the more surprising for J. Together, these color changes help to draw attention to one element or another in a larger scene in a way that would not be as easy with the illustration alone.

Final Verdict: 6.75– While somewhat interesting on the surface, there isn’t really much to explain why readers should care about the eponymous characters of the “Killers” miniseries.