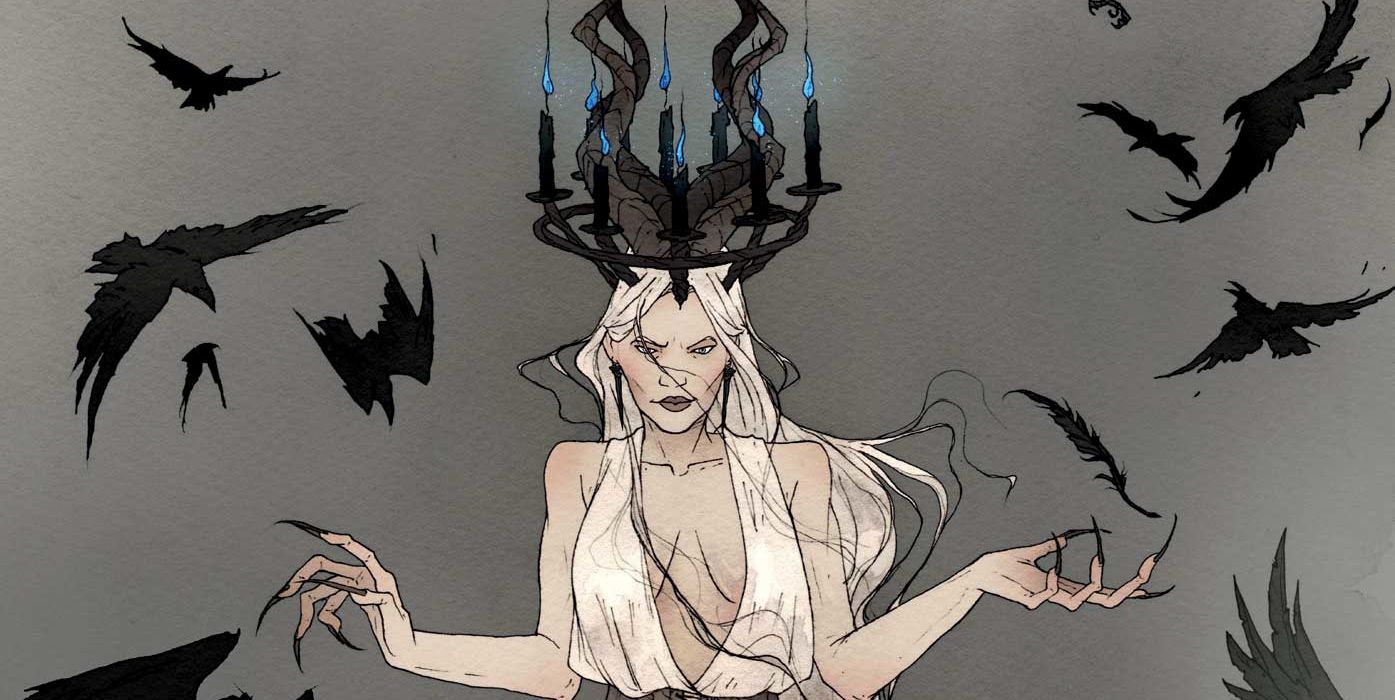 “Lady Baltimore: The Witch Queens” #4 is an ambitious issue, pushing the limits of how much can fit in a twenty-two page comic. Yet it pulls it off. This is an explosive issue to be sure! 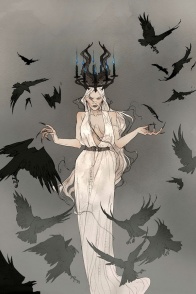 Having reached a secluded village and discovering the shrine of Josef the Golem, Lady Baltimore and her allies must find a way to fight the vast army of Hexenkorps witches surrounding them, but the greatest danger lurks in their very midst.

Join Mike Mignola and Christopher Golden, the writing team behind the original Baltimore comics, as they heat up the series’ continuing legacy alongside artist Bridgit Connell, with colors by Michelle Madsen!

A lot happens in this issue. “Lady Baltimore: The Witch Queens” #4 is almost overstuffed, but never quite crosses that line. And that’s a delicate balance to strike. At times, the art and text wrestle with each other, leading to panels like the one below, which is uncomfortably cramped, but still functional.

That said, the creative team carves out space when they really need it, like this moment on the very next page.

It’s just a reaction shot, but it’s also necessary punctuation, giving weight to the characters’ choice. And this is why “Lady Baltimore: The Witch Queens” #4 works, because the team has built the story beats and page layouts around moments like this. And on an issue like this with so many major plot developments, the clarity the issue gains from this approach is invaluable.

The other aspect of this story that’s striking here is how it interacts with the “Tales from the Outerverse” stories. Last month, “Cojacaru the Skinner” wrapped up, a story set four months after the events of “Lady Baltimore: The Witch Queens.” At the time, I appreciated the parallel worldbuilding, where “Cojacaru the Skinner” could slow down and explore aspects of the Outerverse that Lady Baltimore didn’t have time to. But at the same time, it was also my first introduction to Crina Cojacaru as an adult, and it shaped the way I understood that character in very specific ways. Then “Lady Baltimore: The Witch Queens” #4 upended some of that in such a sharp manner, I had to stop for a moment and do a quick reread.

And it made me wonder how very different these stories might be for readers waiting for the hardcover collections. When “Lady Baltimore: The Witch Queens” comes out January 5, 2022, those readers will be introduced to the adult Crina very differently from the single issues. Then when “Tales from the Outerverse” comes out three weeks later, I wonder how “Cojacaru the Skinner” will read in that context. I’ll talk about this more in my “Imogen of the Wyrding Way” review later today. I can’t help but find it fascinating the way these stories augment my reading of “Lady Baltimore: The Witch Queens,” and how differently expectations are set up and paid off when reading the collections. (If you have thoughts on this yourself, please share in the comments section below. I want to know how other readers are interacting with these stories.)

And now I have to get into spoiler territory.

“Lady Baltimore: The Witch Queens” #3 ended with Adolf Hitler, Helena Blavatsky (the Blood Red Witch), and Tanith (the Witch Queen) showing up in Yelena’s cell. In a story that began with rumors of the possible resurrection of Henry Baltimore, and then went on to summon the “chosen warriors” Cojacaru the Skinner, Einar the Warlock, and Josef the Golem, it really should not have come as any surprise that the Outer Dark’s chosen are likewise being recalled. This isn’t a cheap resurrection though. In fact, resurrection has been an element of the Outerverse since the days of “Baltimore: The Plague Ships,” where a vampire could be killed, but its spirit could still escape in the shape of a small bird. Only if the spirit was killed was the vampire truly dead. And that appears to be the case with everyone. As long as the spirit survives, the dead are never truly out of the reach of the Outer Dark or the Power that chose our heroes.

Speaking of “the Power,” we still don’t have a good name for this. Throughout the series, it has been referred to primarily as a description rather than an actual name or title. It has been called “god” by religious character, primarily Christians, but the more we learn about it the more that title feels very misleading. It was an accurate representation of how those characters understood the power, but as we’ve learned more about it, the main things we’ve learned is how little those characters knew. Through the characters that practice the Wyrding Way, I think we’re getting a better understanding of the Power than ever before. We already know that dark magic users get their power by tapping into the Outer Dark, but those of the Wyrding Way get their powers by tapping into the soul of the Earth. It is this Power that chose those that fight against the Outer Dark.

Framed this way, the Wyrding Way and the Chosen are almost like antibodies, fighting against an infection from outside. The Power that stands against the Outer Dark isn’t some all-powerful outside force from Heaven, but rather the soul of the planet battling for its survival. The Pagan beliefs that have shown up in the series from time to time suddenly have much more weight in this new framing of the Power. Certainly religions can tap into this Power too (as shown as recently as “Cojacaru the Skinner” #2), but it seems none can tap into it as deeply as those of the Wyrding Way. This implies that while there are some truths in the world’s various religions, there are also many distortions too. 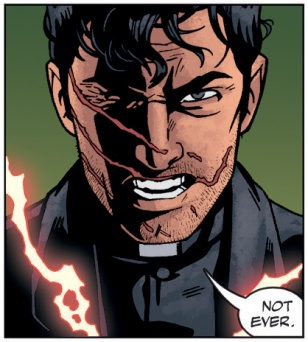 Which brings us to Judge Rigo. This character has a complicated history. He has fought with the New Inquisition, with Lord Baltimore and his company, and the Orphic Society. As one of the New Inquisitors, he has done some truly horrific things, and in this latest issue, we see this side of him again. It was not something he was battling against, but rather it was his centre. Even before his turn mid-issue, the way he spoke of his time as a judge with a measure of pride was deeply worrying—that period of his life should be among his greatest shames.

Ultimately he is a coward, and for all his talk about saving the world through any means necessary (which is in itself a problem), he still clings to organizations that wield tremendous power, and by being a part of them, he too has power. No religion or society that Rigo is a part of would sacrifice itself for humanity—it would carve off bits of humanity instead, just to insure its own survival. And I mean that literally, as the New Inquisition was literally carving up people throughout “Baltimore” under the guise of saving them, while really reinforcing its power base.

That Rigo used the cover of atonement to pull off his latest act of selfishness is perhaps most insulting of all. I had genuinely hoped he would master his cowardice and learn to be a better person, but after this betrayal, there is no forgiveness.

OK, let’s set that aside and talk about the other villains for a bit. I’m overdue for a reread, so I could be wrong here, but I don’t think we’ve met Tanith before. If she’s the same Tanith as Tanit from Punic mythology, then she’s got a nasty history—child sacrifices were done in her name. This would certainly make sense, since Carthage was where the Cult of the Red King began. An Ur-witch with ties to that location, especially one dubbed “the Witch Queen,” just fits.

Bringing Tanith, Blavatsky, and Hitler out of the shadows at the end of ‘The Witch Queens’ #3 seemed like Einar had messed up pretty badly, especially considering how casually confident he was on taking on the duty of guarding Yelena in the first place, so I enjoyed the reversal in #4. Einar was always in control, and he was using Yelena to draw out the power that was behind her. I mean, issue #3 even had an extended sequence demonstrating how Einar is in control even when he appears not to be. It’s an intriguing way to introduce Einar, and it makes me want more from him in future.

This is already longer than most Multiversity Comics reviews, and I feel like I’ve barely scratched the surface. Overall, this issue feels like it ripped everything wide open. In its first arc, “Lady Baltimore” is already at the epic scale “Baltimore” reached in its final arc. My main quibble with this issue is that the lettering didn’t have space to breathe at times—Clem Robins is an excellent letterer, but it felt like he didn’t have enough space at times. But then the sheer epic rush of everything else balances that out.

Final Verdict: 7.5 – It’s absurd how much more of this issue there is to talk about. Like I said, “Lady Baltimore: The Witch Queens” #4 is packed. There’s a lot to digest, to the point that I recommend not just reading it, but rereading it too. 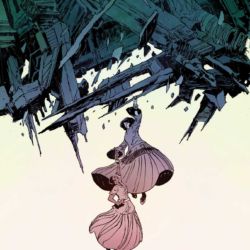 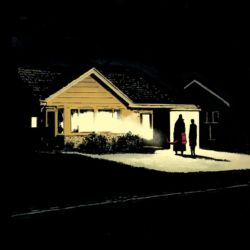 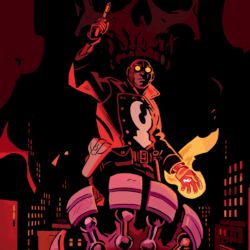