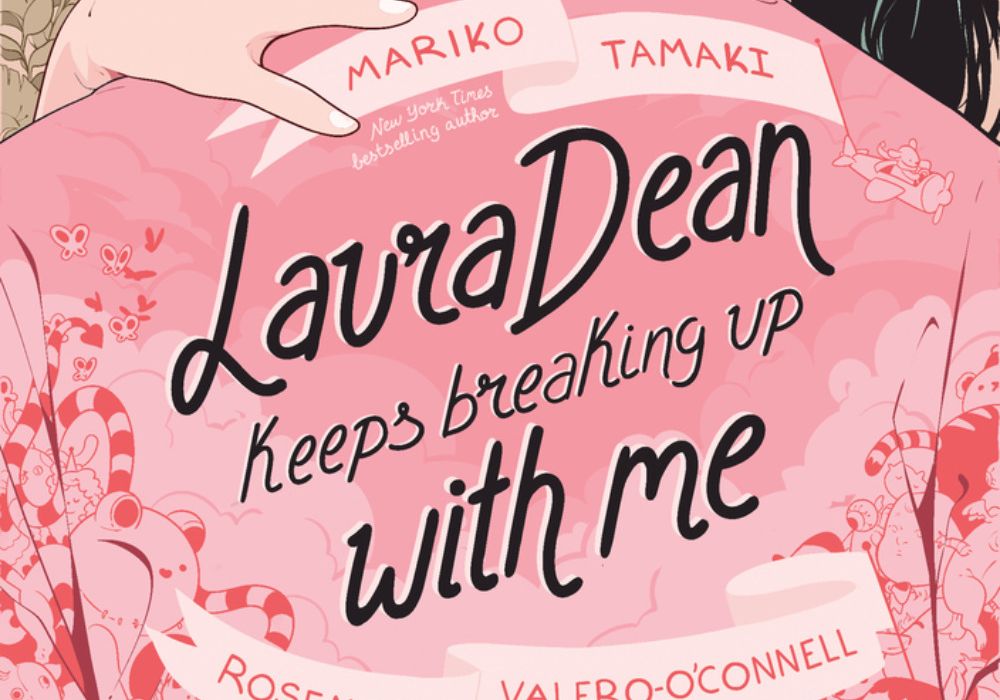 Seventeen-year-old Frederica “Freddy” Riley is desperately trying to maintain a relationship with the impossibly cool titular character in “Laura Dean Keeps Breaking Up with Me,” a queer coming of age story. Freddy and Laura have a turbulent relationship that continuously pushes them together and pulls them apart. Desperate to learn how to move on from the relationship in the aftermath of their third breakup, Freddy reaches out to online advice columnist Anna Vice for help. 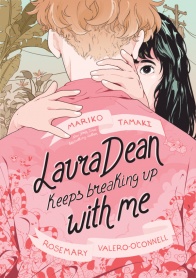 In “Laura Dean Keeps Breaking Up with Me,” Mariko Tamaki and Rosemary Valero-O’Connell have constructed a story that portrays for teens an authentic emotional experience that traverses the path between elation and heartbreak, and explores what it means to grow as an individual. As the reader follows Freddy on her journey, they begin to see that although Laura is the titular character, this story is never fully about her. Furthermore, the complexity with which this story addresses relationships and grapples with issues of identity is made all the more impressive by the approaches it takes when looking at those topics.

Tamaki has written a story that places queer experiences at the center – many of the characters within it are queer, including Freddy and Laura, Buddy and Eric, and Vi. But Tamaki isn’t trying to do with “Laura” what many stories have done in the past: she is not focusing exclusively, or even primarily, on the experience of coming out and the pitfalls that come along with it. Instead, readers are introduced to multiple characters who are fully and comfortably out, and living typical teen lives. The difficulties that Freddy does appear to face are not a result of her being queer, but rather are due to the bad decisions she makes in order to convince herself a relationship with Laura can work.

This de-emphasis of the coming out experience is true of nearly all the characters. The only time readers see a character being at least partially involved in the process is in a supporting side story pertaining to Eric, in which it is revealed in an argument he has with his partner Buddy (who wishes to attend a family event with him) that Eric’s elderly grandmother doesn’t and can’t know he is gay. Even this storyline is mentioned somewhat in passing, showing readers that although it is an experience that is not to be trivialized, neither should it define the individual needing to live through it. In this way, the story is wildly successful at normalizing the queer teen experience and portraying the teens in the way they should be portrayed: as multifaceted people whose sexuality is one part of who they are.

Although Laura Dean has a physical presence within this character-driven story, she more so serves the purpose of being an idea – a faulty ideal of romance and desire – that Freddy harmfully holds close and seeks to maintain despite Laura’s repeated infidelity. As the story begins, Freddy has enough situational awareness and intelligence to recognize the unhealthy nature of her relationship with Laura but doesn’t really know what it looks like or means to be in a relationship – romantic or platonic – that allows for mutual trust, open communication, or maintaining healthy boundaries and limits.

Even as Freddy spends time with her friends Doodle, Eric, and Buddy, Freddy’s thoughts and actions are inevitably driven by her all-consuming relationship with Laura. What should have been a carefree night at a school dance turns into a friend-led support rally surrounding Freddy after Laura breaks up with her for a third time. When Doodle, Freddy’s closest friend, finds herself pregnant against her wishes, Doodle feels unable to share the news because Freddy is drawn into a dramatic and unnecessary conversation with Laura that prevents the friends from talking as planned. It takes Freddy nearly missing out on supporting Doodle as she seeks an abortion to truly see the farce in her relationship with Laura and how Laura wanted an audience more than she wanted a loving and committed relationship.

“Laura Dean Keeps Breaking Up with Me” also features narration which takes the form of an email from Freddy soliciting advice from an online columnist (Anna), with updates provided along the way. The ensuing response from the columnist capitalizes on the incredibly clever narration technique as it steps away from narration and actually serves to give advice. Both allow Freddy and Anna to speak directly to the reader – one as the voice of potential solidarity and the other as the voice of knowledgeable comfort and guidance – without breaking the fourth wall.

And although the story deals with emotionally charged topics, there is a cleverness that can be found in even the seemingly innocuous parts. Freddy’s hobby is the act of creating Frankenstein stuffed animals, made from dismantling toys in their original form and putting them back together in new and unexpected ways. In a sense, this speaks to how Freddy herself ends up as a newly created collection of all the lessons she has learned, pieced together from the pain of lost romantic potential and friendships that are tested almost to the point of breaking.

The artwork – digitally inked and colored – features a limited color set, utilizing a youthful bubble gum pink, various shades of gray, and white to highlight and shift the reader’s attention. The backgrounds are typically sparse and the linework is smooth and controlled, creating a dichotomy between the meticulous art and the volatile nature of the characters and their interactions.

“Laura Dean Keeps Breaking Up with Me” is a story of self-discovery and friendship, and the perils of losing yourself to and in another person while chasing a dream of what could be but isn’t likely to be.