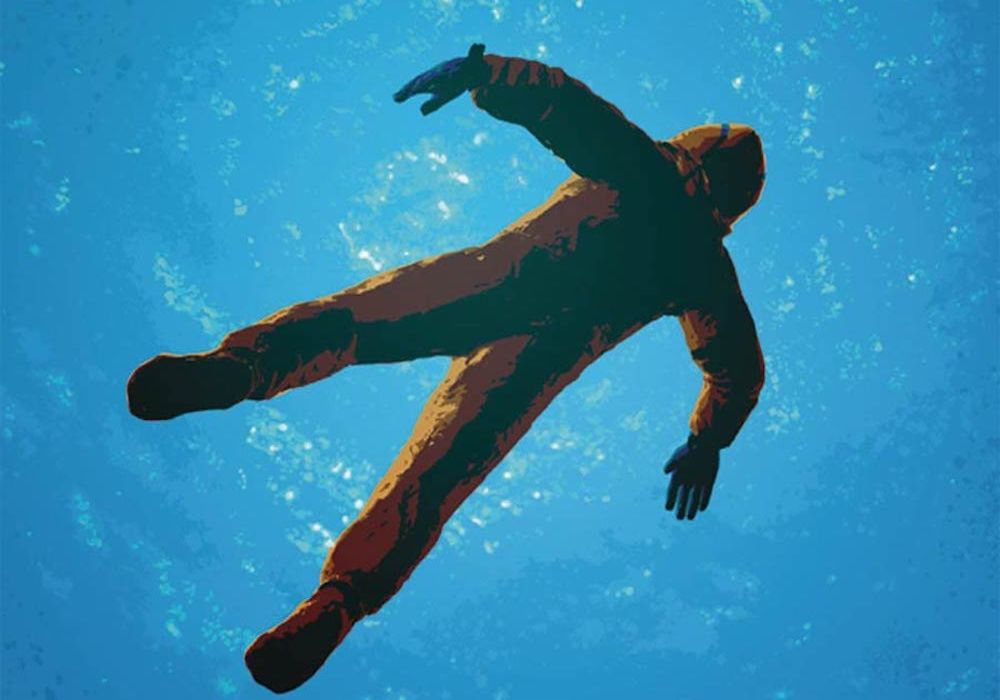 Much like the series’s namesake, Jonah Carlyle rises again in a big way in “Lazarus” #27. 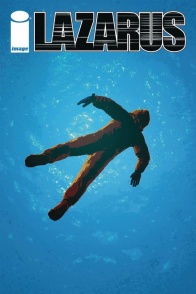 “FRACTURE: PRELUDE,” Part One Four years ago, Jonah Carlyle was spared execution by his sister, Forever. This is what happened next. The critically acclaimed series returns to set the stage for the events of X+67 and beyond—and the coming Fracture.

After the extended break that took up the “X + 66” miniseries, Greg Rucka returns to the primary story on “Lazarus” with aplomb. By focusing on an alternative perspective, Rucka is able to show the same events as the latter half of ‘Conclave,’ along with the ‘Poison’ and ‘Cull’ arcs, from a new, lower-to-the-ground point of view, providing a view of life outside of the military, politics, or medical elements of the post Year X world. Jumping back to the time around the Conclave, back in Year X + 64, the intention seems to be to show a lead up to a possible conflict between Jonah and his family by the time Year X + 67, the modern day of the story, comes along.

By showing another side, Rucka is able to tell another story without moving the timeline further ahead. The Jensens are a nice, down-to-earth family that struggles like anyone else in the neo-feudal world, and provide a look at the kindness and hospitality of strangers in this world in spite of how cruel it can be. The family, especially their apparent patriarch Jens and his daughter, Pernille Møller Jensen, are particularly understanding of and protective toward a complete stranger who could very well be dangerous. In the case of Jens, Rucka even shows that he is willing to put his family in harm’s way to keep his new guest safe. While other families in the series are suspicious or outright hostile, the fact that the Jensens are seen as pillars of their Danish community is very well justified.

The rise of Jonah is actually rather touching. Rucka manages to turn a nasty man who was pretty thoroughly villainous into a more humanized person after all he has gone through, and the way in which he interacts with the Jensens, especially Pernille, helps to make him into a fish-out-of-water protagonist in his own right. The skips ahead in time help to showcase how he fits in with serfs, the very people he once treated like dirt, without needing to say a word.

As a side note, the addition of another language enables readers to see into cultures outside of the American-centric Carlyles and Hocks, and the American faction of Bittners. By including Danes on the Bittner side, Rucka gives an added depth to the society in line with their simpler fishing village life, while also allowing for readers to actually understand what is being said due to translations (to be explained further below).

After his extended break, Michael Lark comes back to the artwork in top form. The shadows and light play off across each other in a realistic way, rather than just according to mood, allowing for heightened realism and, paradoxically, more intense emotional scenes. The very realistic artwork on faces and scenery both add depth to the Jensens, making them a family to care about despite having never appeared before this issue. However, backgrounds are not always given nearly as much depth. Certain scenes provide only a solid color for background, even one that is completely unrelated to the actual scenery in some instances. These differences are not enough to detract too heavily from the story, but they do leave an impression and can be a little distracting.

Santi Arcas is doing an excellent job as ever on the colors. The muted coloring helps to give a sad, down-to-earth mentality in harsher times, and a warmer view of the world in the peaceful ones, such as the silent scenes. More varied coloring in scenes with the Bittner authorities clash harshly against the more soothing tones of everyday life, emphasizing how alien the way that the aforementioned authorities operate can really be for the common serf. Of particular note is Jonah’s gray face when he is pulled out of the water, an interesting way of showing that he is nearly dead from hypothermia even without the dialogue to explain that as the case.

With the inclusion of Danish, Simon Bowland’s lettering shines throughout the issue. His use of differently shaped word bubbles helps readers to understand what they should pay attention to in the bilingual dialogue provided. Curved bubbles are for what is actually being said, whereas squared boxes are translations to English. This distinction allows the readers to understand what is going on in the Danish-only scenes, while also providing some actual information regarding Danish as a language, teaching some new phrases to those who are linguistically inclined.

All together, the plotting of the ‘Fracture’ arc is very interesting. The way in which Jonah, a former unrepentant villain, has been slowly growing into a possible heroic figure in his own right is nothing short of remarkable, and the combination of the writing, the artistry, and the coloring, along with the use of additional cultural elements and even languages, makes the journey all the more fun to watch unfold.

Final Verdict: 8.0– Serving as both a recap of important events and a way to develop an important character and faction, “Lazarus” #27 is a good way to reenter this series.