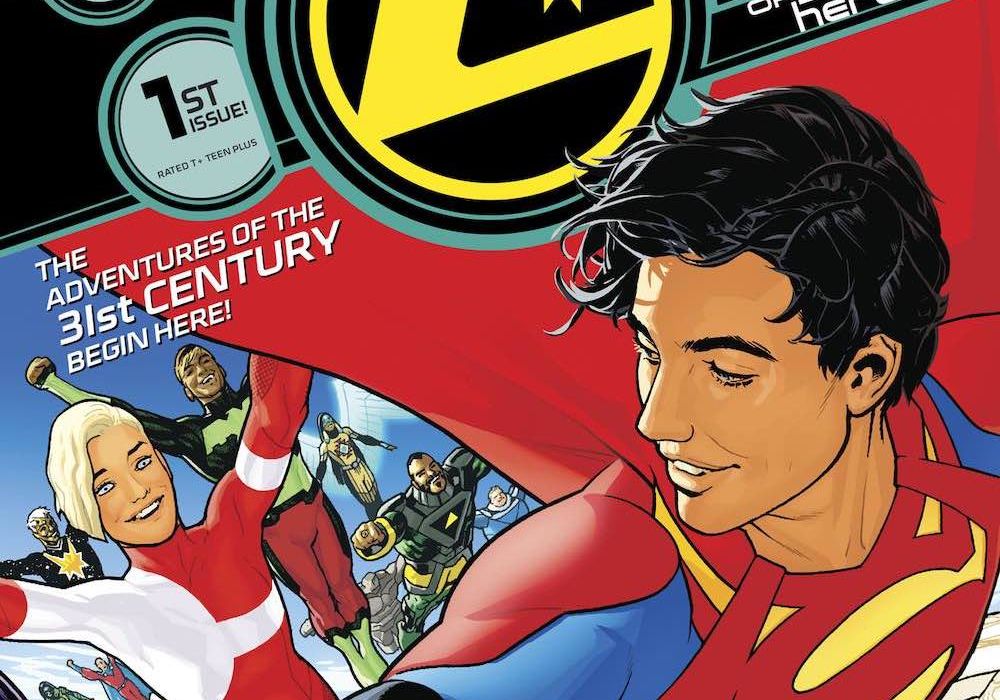 DC’s new “Legion of Super-Heroes” ongoing series has been one of the most anticipated comics from DC over the past couple of years. The publisher has devoted the past few months of Superman comics to introducing the title. DC also released a prologue mini-series with “Legion of Super-Heroes: Millennium.” Comics stretching back to the start of DC Rebirth in 2016 were teased showing Legion characters. The Legion franchise is a group of heroes who have been out of focus for DC recently. Author Brian Michael Bendis has shown a fondness for the characters, teasing the property on late-night television and in various books. Bendis already recognized Ryan Sook as an important penciler who contributed a beautiful set of art to “Action Comics” with Bendis recently. “Legion of Super-Heroes” #1 is an incredibly important release for DC, but can it possibly live up to the months of hype and marketing? 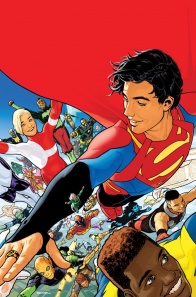 Welcome to the 31st century! Inspired by the acts of and lessons learned from the greatest heroes of all time, the Legion of Super-Heroes have gathered together to stop a galaxy from repeating its past mistakes. The greatest lineup of heroes in comic book history returns with new, fresh, and reader-friendly stories!
Eisner Award-winning writer Brian Michael Bendis reteams with master artist Ryan Sook (Action Comics) for one of the most ambitious mainstream comic books ever created! Why have the Legion of Super-Heroes broken the cardinal rule of the United Planets and inducted Jon Kent, a.k.a. Superboy, into the Legion? What are they hiding? And what does it have to do with Aquaman’s long-lost trident?

“Legion of Super-Heroes” #1 has a curious structure. Instead of opening with Jonathan Kent’s journey a thousand years into the future, a small section of the Legion finds an ancient DC artifact. While it is interesting to get to know the first couple of Legion characters and even see a brand new villain, the structure of a seemingly less important plot thread starts the issue out on an underwhelming initial note. To give Bendis credit, he ends up paying off the thread by the end of the scene by tying it back to DC continuity thanks to the Legion finding an important DC artifact. Bendis even follows-up on that plot thread later on in the issue but seemingly has trouble discerning how it is a truly credible threat.

Artist Ryan Sook’s detailed pencils are perfect for a comic book with such a large cast of characters. Sook mixes up his page layouts in the issue which is perfect in tone for a science fiction story. All of Sook’s more innovative layouts are easy to follow. Readers have already gotten teases at some of Sook’s huge splash pages featuring the cast in all their glory. Sook has always been underappreciated at DC. It is great to see DC finally placing his interiors on one of their most important modern titles published today. Colorist Jordie Bellaire brings out a completely different side of Sook’s pencils on the last couple of pages that carry an intergalactic focus. Sook is a versatile penciler who is very precise with his line. Due to so many elements on the page, Bendis crafts a script that is extremely demanding of an artist. I think Sook makes the pencils look effortless and exceeds expectations in the issue.

Thankfully, Bendis continues celebrating just how novel it is to have the Legion back at DC. The script spends a lot of time congratulating Jonathan Kent for making such a bold move. The character beat still feels earned for the character but has been explored in-depth during the past few months of “Superman.” This series has incredibly strong ties to the core “Superman” series and also feels like it is really close to what DC is exploring overall with Rebirth. Unfortunately, when you take the issue out of context it is hard to find one singular moment or character who really stands out. Jonathan is an obvious exception and there are a few Legionnaires who have brisk, snappy dialogue that makes them amusing. Even before scripting issue #1, Bendis is responsible for a lot of plot threads that all converge into this issue.

While Bendis can usually start a comic fairly well, plotting problems can stem from Bendis not expanding the idea beyond the premise. I hope to see Bendis able to truly focus the script and start introducing the entire cast to readers outside of splash pages. “Legion of Super-Heroes” #1 even introduces a truly harrowing villain at the end of the issue which should bring a lot of conflict to the team. Readers have already seen that Bendis is bringing Damian Wayne in future chapters. Will Wayne’s presence in issue #3 derail the script or provide more characterization to Kent? Also, with an entire cast of Legionnaires to introduce, why is Bendis already straying from his course?

This new incarnation of “Legion of Super-Heroes” #1 is just getting started. As soon as I turned the last page of the issue, I immediately wanted more. Bendis and Sook have a fascinating vision for the series. I sincerely hope Bendis will be able to keep his focus on the property and deliver the long run that a property like this deserves. While “Legion of Super-Heroes” #1 isn’t a runaway success, it is a fascinating prologue with an incredible set of visuals that should keep fans interested enough to come back for more.

Final Verdict: 7.8 – “Legion of Super-Heroes” #1 is a solid introduction to a property brimming with characters.